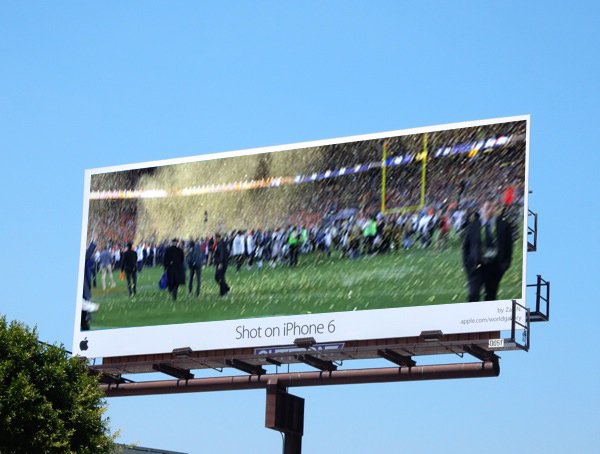 It appears as though Apple CEO Tim Cook agrees with my assessment of the iPhone 6s Plus: it’s the first iPhone I simply couldn’t live with. Had Apple’s head honcho been carrying the plus-sized version of the iPhone at the Super Bowl, however, the optical image stabilization might have saved him from the humiliating headache that his blurry Twitter photo has been.

But before it slips away into the Internet archives and is forgotten forever, there’s one last hilarious chapter for the world to enjoy.

For those who somehow missed the story, I’ll quickly catch you up. Apple CEO Tim Cook was at Super Bowl 50. The Broncos won. When people rushed the field to celebrate Denver’s victory, Cook was among them. He snapped a photo with his iPhone 6s, a handset with a camera that is regarded by experts as being one of the best smartphone cameras in the world.

Here’s the photo Cook captured with his iPhone 6s:

Click the image to enlarge it and enjoy all of that crisp detail.

Cook posted the photo to Twitter along with a nice congratulatory message: “Colorado Rocky Mountain High congrats @Broncos!” Then, the Internet promptly ripped him to shreds.

People began making fun of the blurry photo left and right, laughing over the fact that Cook would post such a terrible photo captured with an iPhone. One Twitter user even mocked Apple’s “Shot on iPhone” campaign by Photoshopping an Apple billboard featuring Cook’s blurry photo, which can be seen at the top of this post.

Then Cook made his second mistake: He deleted the tweet and the photo from his Twitter timeline.

The Internet hive mind is not a difficult thing to understand. Stuff happens, the Internet laughs at stuff, the Internet forgets about stuff. Had Apple’s CEO left well enough alone, this story would have died long ago. But he didn’t. By deleting it instead, a new wave of social media cackling erupted alongside a second round of blog coverage.

But that still wasn’t enough. In what I hope will be the final chapter of this silly saga, blogs are now noting that Cook (and/or the Apple staff that helps manage his Twitter account) is actively blocking Twitter users who have mentioned him or who continue to mention him while mocking his blurry Super Bowl photo.

Let’s all hope it ends here and we can finally put this saga to bed.