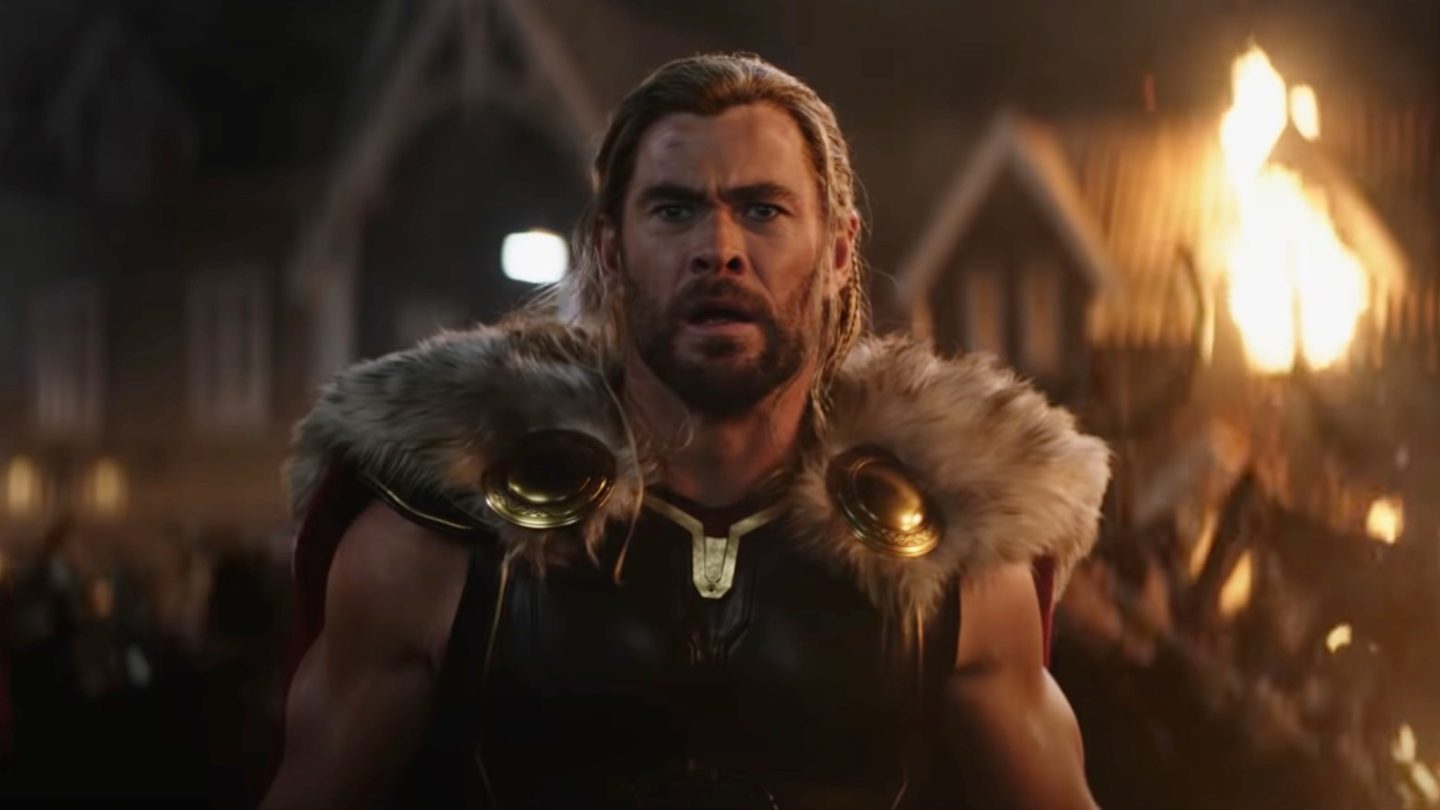 The second Thor: Love and Thunder trailer is out, complete with a few exciting reveals. Trailer 2 gives us our first look at the Thor 4 villain, with Gorr the God Butcher (Christian Bale) showing up halfway through. We also get to see a few other gods and learn about Gorr’s mission in the process. But one of the most interesting reveals in the Thor 4 trailer concerns Mjolnir — the hammer that The Mighty Thor (Natalie Portman) is wielding.

Before we explain, you should know that Love and Thunder spoilers might follow below. If you’re in the habit of avoiding MCU trailers, then you’ll want to step away right now.

Mjolnir in the MCU

We have to understand Mjolnir’s recent history in the MCU before we get to the new Thor 4 trailer.

The last time we saw Mjolnir was in Avenger: Endgame when Thor (Chris Hemsworth) stole a copy from a different universe. Despite already rocking Stormbreaker, Thor still needed the validation that the hammer gave him. Thor was still worthy, even though he might not have considered himself to be.

We needed Mjolnir in Endgame for Captain America (Chris Evans) to finally lift it, of course. But then Cap returned the hammer to its rightful place in the multiverse.

That’s to say the last time we saw the MCU Mjolnir was many years before that, right at the beginning of Thor: Ragnarok. That’s when Hela (Cate Blanchett) appeared to challenge her brothers. And Hela delivered one of the most memorable MCU scenes so far. She didn’t just block a Mjolnir attack. She held onto the hammer as Thor was calling it back and popping it like a balloon.

Just like that, the weapon that made Thor complete was destroyed and rendered useless. Since those events, Thor had to make do without the hammer. And Mjolnir doesn’t just provide additional power to the God of Thunder. It also reaffirms his worthiness.

Fast-forward to the post-Endgame Phase 4, and Marvel confirmed back in July 2019 that Jane will get Mjolnir back in the next Thor movie. Now that we knew the weapon was coming back, we were left to wonder who will repair it.

The first Love and Thunder tease trailer introduced both Mighty Thor and the hammer. Well, the two leaked on toys packaging, but the teaser gave us our first look at Jane using Mjolnir in battle, much to the surprise of Thor. It was clear from the Thor 4 footage that the hammer had been repaired.

But we still had no idea how it happened or who might have helped Thor put it back together. That was a logical assumption that Thor would fix Mjolnir. Maybe with the help of Peter Dinklage’s Eitri.

That’s where Love and Thunder trailer 2 comes in. Half a minute into the clip, we see an incredibly excited Thor reaching out to grab Mjolnir. But that’s when the hammer flies back to Jane to his disbelief.

Just like that, Marvel told us that Thor has nothing to do with Mjolnir being repaired. We’ll have to wait for the movie to see Jane explain it all.

Speaking of Mighty Thor, the Love and Thunder trailer 2 also shows Jane using Mjolnir in combat. She can call upon thunder just like Thor can, but she’s doing something else with the hammer.

At one point in the trailer, she’s fighting the soldiers of Zeus (Russell Crowe), and she uses the hammer to throw some sort of projectiles toward them. Is it possible that Jane actually throws pieces of Mjolnir at the targets? We have no idea, and Marvel cuts the sequence in such a way to not reveal additional secrets. But it sure looks like those pieces of magical stone are about to return to Jane.

We’ll get our definitive answers in a few weeks, as Love and Thunder premieres on July 8th. While you wait, you should remember Ms. Marvel will start streaming on June 8th, with Doctor Strange in the Multiverse of Madness hitting Disney Plus a few weeks after that.