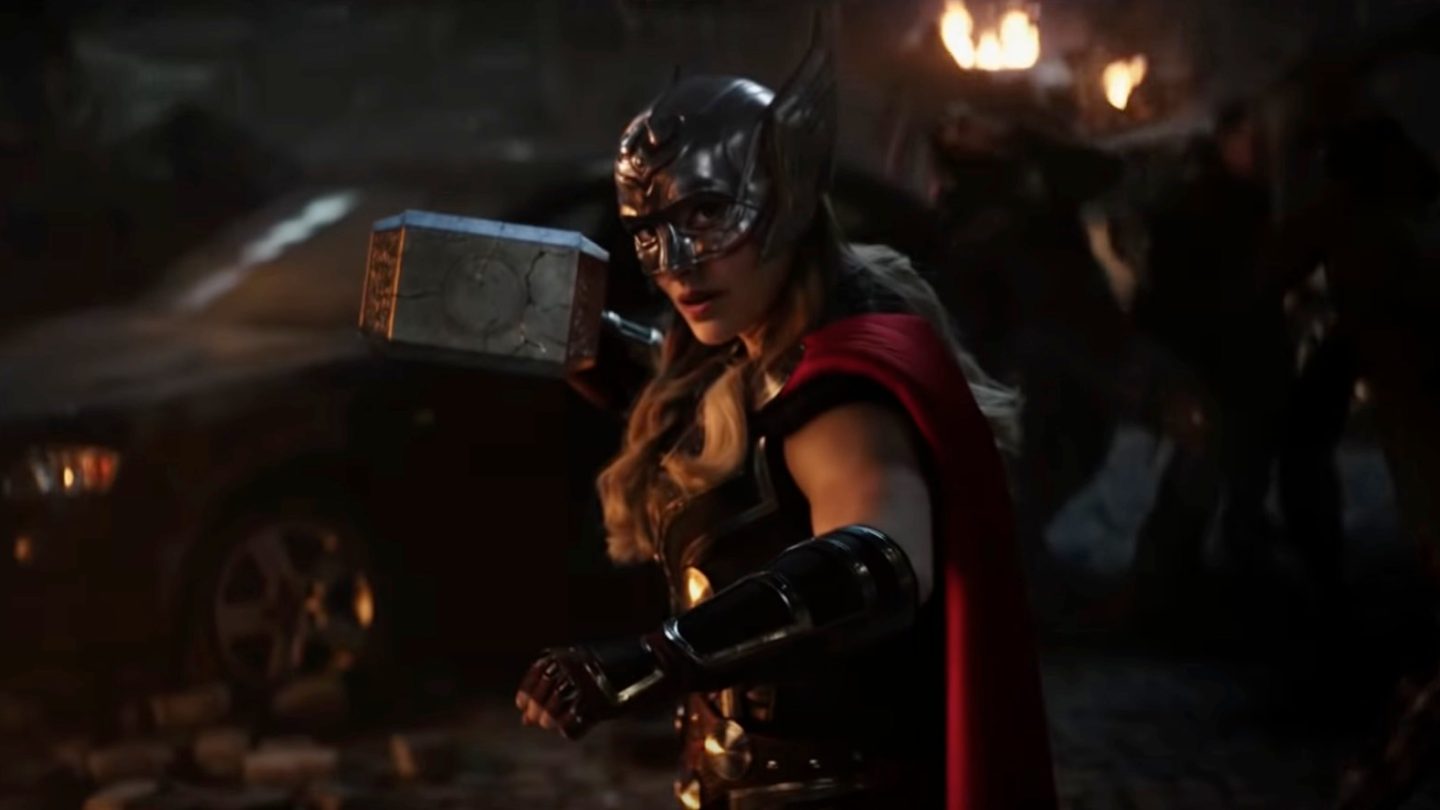 After weeks of speculations about the delays, the first Thor: Love and Thunder trailer dropped a few days ago. The first Thor 4 clip delivers a big reveal, but not what we expected. We see Mighty Thor (Natalie Portman) in the video, but not Gorr the God Butcher (Christian Bale).

The absence of the film’s main villain makes you question the Thor 4 plot. What is this film about, and who will Thor (Chris Hemsworth) fight?

MCU trailers are meant to be confusing, even though there is a big Gorr teaser in the first Love and Thunder trailer. What’s less confusing, however, is Marvel’s merchandising.

Until this week, we got the biggest Love and Thunder revelations from toy leaks. And it so happens that a new product listing reveals a great Thor 4 plot detail. Before we look at it, you should know that big spoilers follow below.

It was just a few days ago that we got our first look at Gorr via a new Love and Thunder figurines leak. The toys will go on sale soon, and they also show the costumes of some of the other significant characters in the movie.

Earlier, we saw the costume for Mighty Thor and the Mjolnir hammer in a separate round of leaks.

On top of that, we got a look at Thor’s goat boat thanks to new Lego sets for the movie even before seeing it in the trailer.

We reminded you at the time that toy leaks always precede MCU movie releases. But the Thor 4 sets aren’t enough to confirm the film’s plot.

The toys might have told us that the Mjolnir hammer will appear in Love and Thunder. But we have no idea how that will happen. We saw the hammer in Endgame, but that Mjolnir came from a different reality. Moreover, Captain America (Chris Evans) took that weapon back to its original timeline.

And we’ve known that Jane will become Mighty Thor in the MCU from the moment Marvel announced Thor 4 nearly three years ago. But we have yet to discover why that happens.

That’s a big plot detail that the Thor 4 trailer doesn’t cover. The teaser does show Jane as Mighty Thor, complete with the Mjolnir hammer, much to the surprise of her former lover.

Redditors have discovered the partial answer to these questions in a new Love and Thunder product description.

The Mighty Thor’s Helmet Replica explains that Jane has cancer. The Mjolnir hammer helps her battle the illness. In turn, she fights villains including Gorr the God Butcher.

This is a big Thor 4 plot reveal, one that makes sense to MCU fans who have also read the comics — from the product’s description:

Suffering from cancer, astrophysicist and Thor’s ex-girlfriend, Jane Foster, visited New Asgard and her life was changed forever. Mysteriously, the broken pieces of Mjolnir, the hammer of the thunder god, transformed her into the Mighty Thor and gifted her the superpowers of Thor, to battle threats internal and external. Wielding Mjolnir herself, she had become a godly protector and a new hero was born!

With the help of Thor, Valkyrie, and the Guardians of the Galaxy, the Mighty Thor was faced by the powerful Gorr, the God Butcher. With divine powers himself, Gorr was driven to rid the universe of gods wherever he found them. Battling cancer in her human form and Gorr in her godly form, Jane Foster was embroiled in an epic struggle with plenty of love and thunder!

The product description doesn’t tell us who repaired Mjolnir or how Jane became worthy. It’ll be interesting to see whether the upcoming Thor 4 trailers and clips will tease or explain these plot details. And considering that Love and Thunder premieres on July 8th, we should soon see more content from Thor 4.

We’ll remind you there is one Thor 4 plot leak that mentions Jane’s cancer. But we can’t verify any of it at this time. The person who wrote it might have simply used information from the comics. However, the merchandise leak above tells us that Jane’s cancer diagnosis will indeed be a part of the movie.