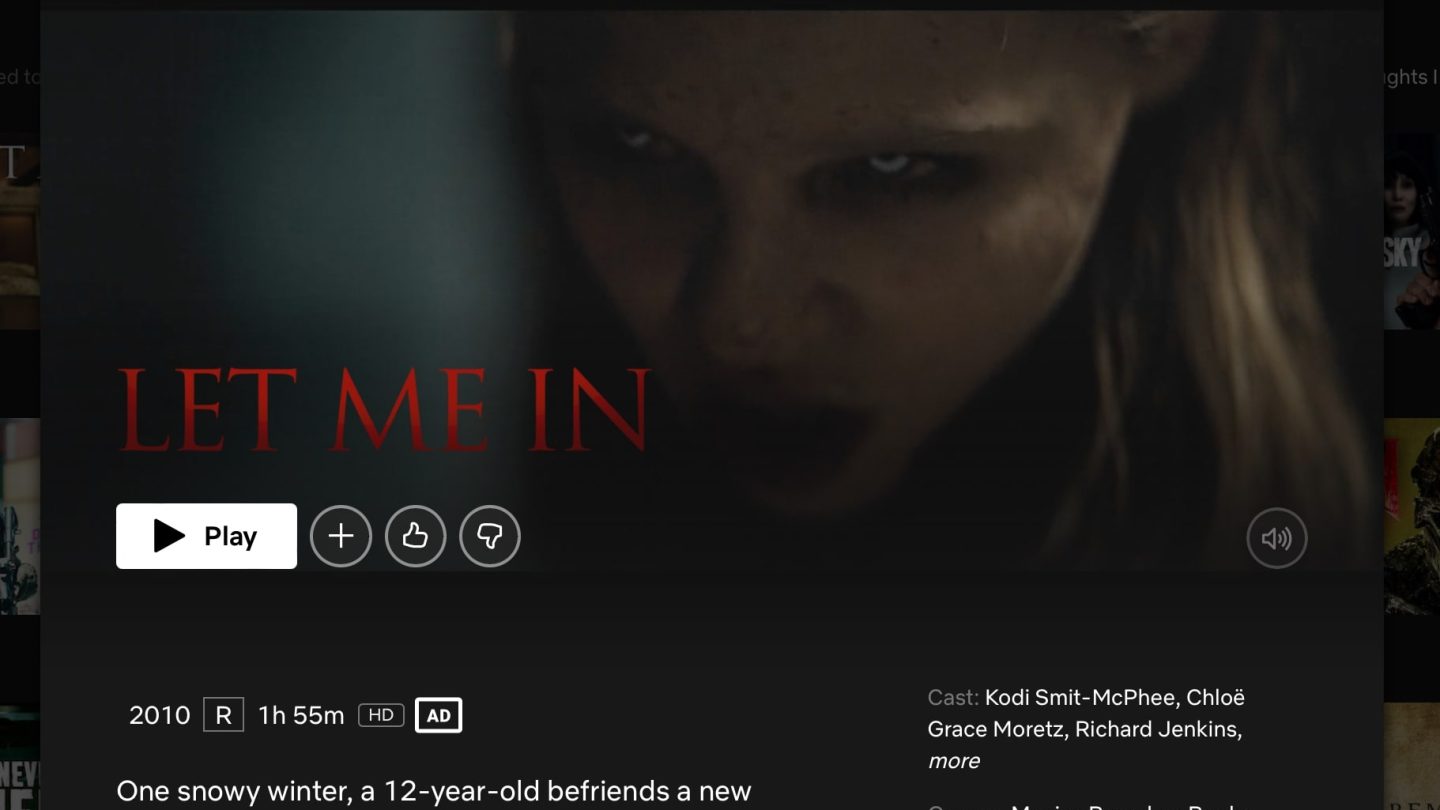 It’s been true all year, and will remain so for the foreseeable future: Horror fans aren’t in danger of running out of fresh content to binge on Netflix anytime soon. The 2010 movie Let Me In, starring Chloe Grace Moretz and Kodi Smit-McPhee, is but the latest addition to the streamer’s library that’s already chock-a-block with scary shows and big-budget flicks that are perfect fright night fare for any lover of the genre.

Speaking of Smit-McPhee, if he looks familiar to some Netflix audiences that’s because you’ve also seen him in a new release that happens to be one of the biggest Netflix original movies of the year. It’s The Power of the Dog, which debuted on Netflix earlier this month and in which he plays Peter Gordon, the son of Kirsten Dunst’s character.

Let Me In now streaming on Netflix

At any rate, back to this newest horror-thriller Netflix added a few weeks ago. According to the Netflix landing page for Let Me In, the plot is summarized as follows. “One snowy winter, a 12-year-old befriends a new neighbor, who helps him stand up to bullies. She also brings a dark, unearthly secret into his world.”

This one is actually among the more well-received horror titles on Netflix, based on the reactions of both critics as well as viewers. Over at Rotten Tomatoes, the movie has an impressive 88% critics score. That’s based on 237 reviews, like this bit of freaky praise from io9: Let Me In “won’t make you jump out of your seat in fear, but it will leave you with a lasting impression of what it feels like to become so unhinged that a life of murder is better than anything else.”

Meanwhile, the movie has a 76% audience score, based on a staggering number of user ratings (more than 50,000).

Other horror movies to try

And when you’re done with Let Me In? Here are some suggestions of other horror movies to try on Netflix. These are some of our favorites, and in no particular order:

Netflix’s synopsis: “After a zombie outbreak in Las Vegas, a group of mercenaries takes the ultimate gamble by venturing into the quarantine zone for the greatest heist ever.” Starring Dave Bautista, Ella Purnell, and Omari Hardwick.

Watch Army of the Dead on Netflix

Netflix’s synopsis: “When Cole stays up past his bedtime, he discovers that his hot babysitter is part of a satanic cult that will stop at nothing to keep him quiet.” The Babysitter stars Samara Weaving, Hana Mae Lee, and Judah Lewis.

Watch The Babysitter on Netflix