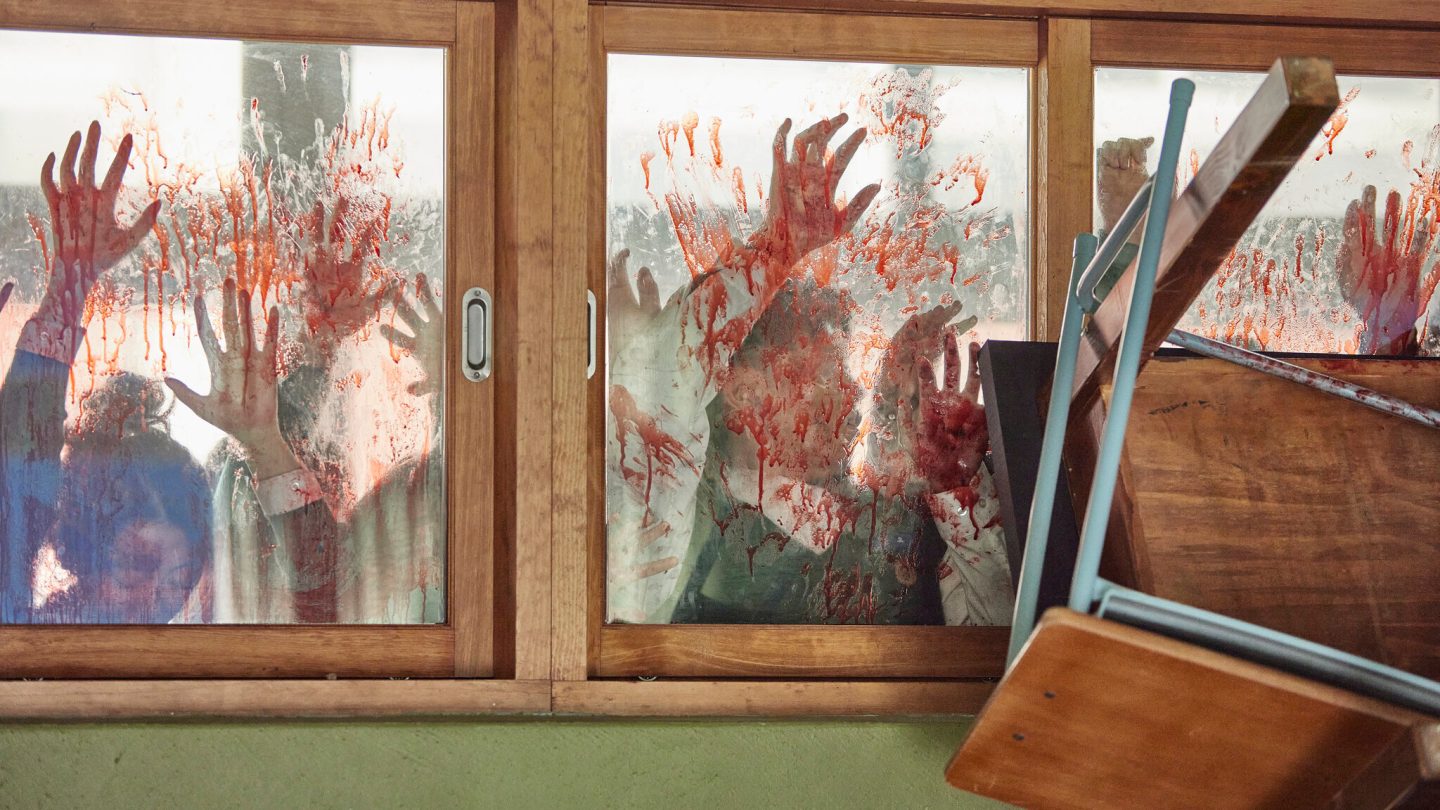 The first major Korean release of 2022 on Netflix — the zombie horror series All Of Us Are Dead, set in a high school — is now available to stream. This 10-episode series based on the popular digital comic on Webtoon Now at Our School takes two genres that Netflix parlayed into streaming success last year (Korean-language content, and horror series) and combines them into one bloody, zombie-filled, and apocalyptic assault on the senses.

The series will almost certainly rocket up Netflix’s Top 10 lists, as Korean series often do pretty quickly upon release. And while time will tell if this one can replicate the success of similarly dark Korean fare from last year (a la Squid Game and Hellbound), there’s also something bigger here going on than the success of one particular show.

MUST SEE NETFLIX: A new Danish sci-fi show on Netflix is currently taking over the charts

All of Us Are Dead is now streaming on Netflix

Days before debuting All Of Us Are Dead, Netflix unveiled a jam-packed Korean slate for the rest of 2022. All told, more than two dozen Korean-language shows and movies are on the way for Netflix subscribers this year. And this highlight reel gives a good sampling of what’s coming soon.

“Overall, global viewing hours of our Korean shows grew six-fold last year, compared to 2019,” Netflix announced. “To date, Squid Game is the biggest show we have ever launched, reigning as the most viewed Netflix show in 94 countries at its peak. In fact, 95% of Squid Game’s viewership came from outside Korea, and many of these viewers went on to explore other Korean content.”

All Of Us Are Dead, meanwhile, should appeal to the same fans of some of last year’s titles, like Squid Game. From Netflix’s official description: “A group of students (is) trapped in a high school and find themselves in dire situations as they seek to be rescued from a zombie invasion of their school.” Sort of like The Walking Dead: Korean high school edition.

Below, meanwhile, you can find a snapshot of some of the other aforementioned Korean-language series coming to Netflix over the coming weeks. This is only a fraction of the slate for the year that we mentioned above, but it’s a good start. We’ve included the links to the respective Netflix landing pages and show descriptions from the streamer. As well as noting their scheduled premiere dates.

Note: Dates are subject to change. Juvenile Justice, for example, was originally supposed to debut this month.

Inside a national weather service, love proves just as difficult to predict as rain or shine for a diligent forecaster and her free-spirited co-worker. Debuts February 12 on Netflix.

A tough judge balances her aversion to minor offenders with firm beliefs on justice and punishment as she tackles complex cases inside a juvenile court. Debuts February 25 on Netflix.

Leaning on each other through thick and thin, a trio of best friends stand together as they experience life, love, and loss on the brink of turning 40. Debuts February 16 on Netflix. (I’m particularly looking forward to this one, since the cast includes Son Ye-jin. K-drama fans, of course, will remember her from what I’ve argued is the best K-drama of all time: Crash Landing on You).

In a time when dreams seem out of reach, a teen fencer pursues big ambitions and meets a hardworking young man who seeks to rebuild his life. Debuts February 12 on Netflix.