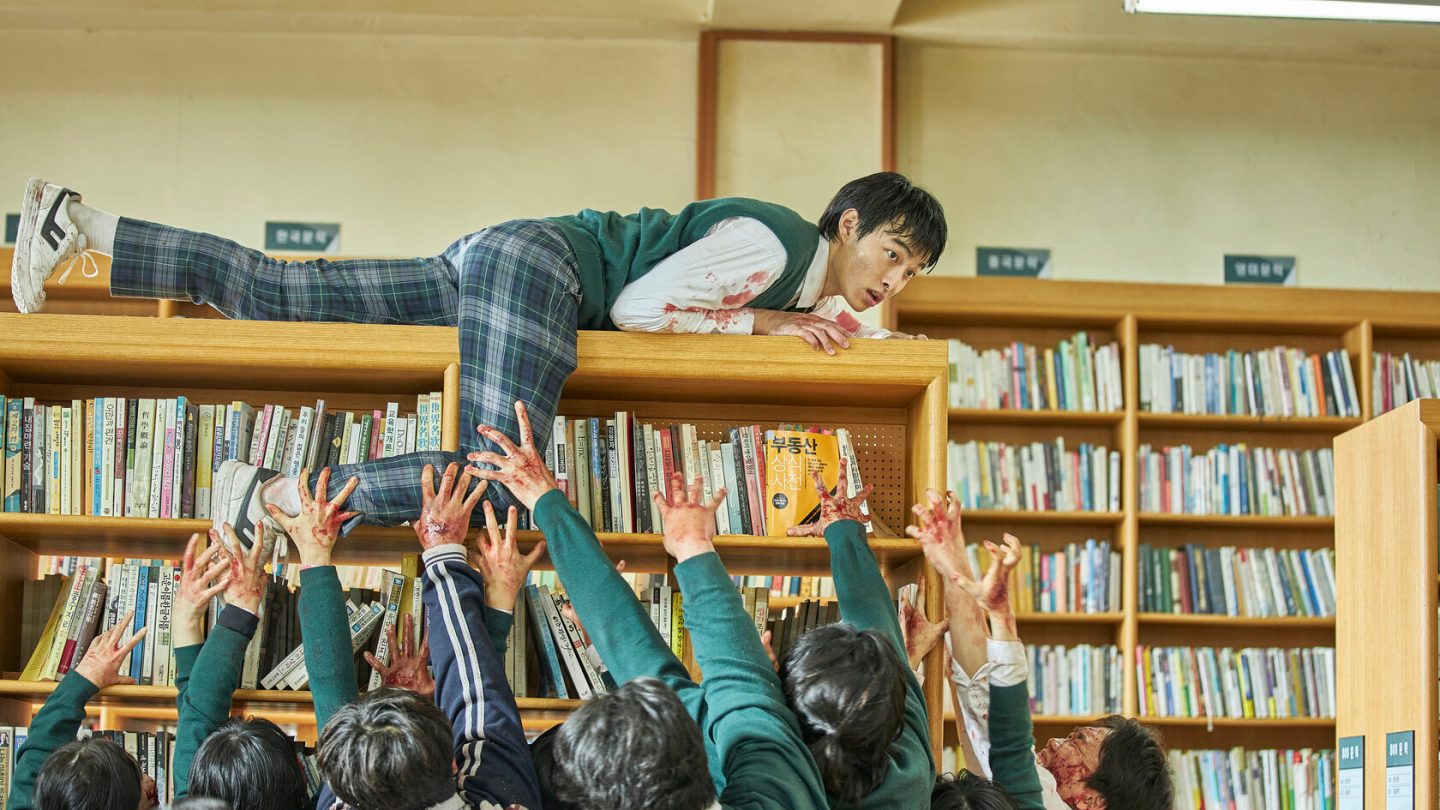 Netflix gave fans of Korean TV shows and movies a bumper crop of riches to enjoy in 2021, a trend that already looks set to continue in 2022. On the heels of the release of two recent TV shows in this genre — Squid Game and Hellbound, the former being one of the biggest Netflix releases of all time — a new TV series is set to hit the streamer later this month. Based on what started as a digital comic on Webtoon, All Of Us Are Dead might not match the insane ratings numbers of Squid Game, but this one has all the makings of another huge title for Netflix anyway.

Horror? Check (this category is actually crushing it on the streamer right now). A Korean title with global appeal? Visceral action and violence, and an easy-to-grasp story? Check, and check. Below, we’ll get into all the reasons why you’ll definitely want to put this new Netflix title on your list to check out when it launches on Jan. 28.

All Of Us Are Dead Netflix

The story for this 12-episode series is pretty straightforward. A group of students is trapped in a high school, according to Netflix, “and find themselves in dire situations as they seek to be rescued from a zombie invasion of their school.”

Of course, this will be far from the first such Korean horror title to end up on Netflix for global distribution. One of the biggest and most recent examples was Hellbound, released back in November. The latter was, in fact, something of a philosophical complement to Squid Game. Which, of course, was a scathing indictment of modern capitalism.

This new Korean-language release from Netflix, meanwhile, will fit in nicely with the overall string of horror genre content over the past year. Including everything from the Fear Street movie trilogy to Army of the Dead and Blood Red Sky, to name just a few.

The IMDb page for All Of Us Are Dead makes this one sort of sound like The Walking Dead: High School Edition. “A high school becomes ground zero for a zombie virus outbreak,” it reads. “Trapped students must fight their way out or turn into one of the rabid infected.”

Additional details to know about the new series:

Here’s where you can watch the new show when it debuts on Netflix later this month.

Check out the trailer below

The new trailer for the series that was released just a few days ago should whet your appetite even more. It starts off with students engaging in normal behavior — playing rock, paper scissors. Catching up with friends. Engaging in school activities, like archery practice. Eventually, in what looks to be a science class, an infected mouse ends up biting a student. The girl, blooded and dazed, shuffles into a classroom and collapses. You can guess what happens next.