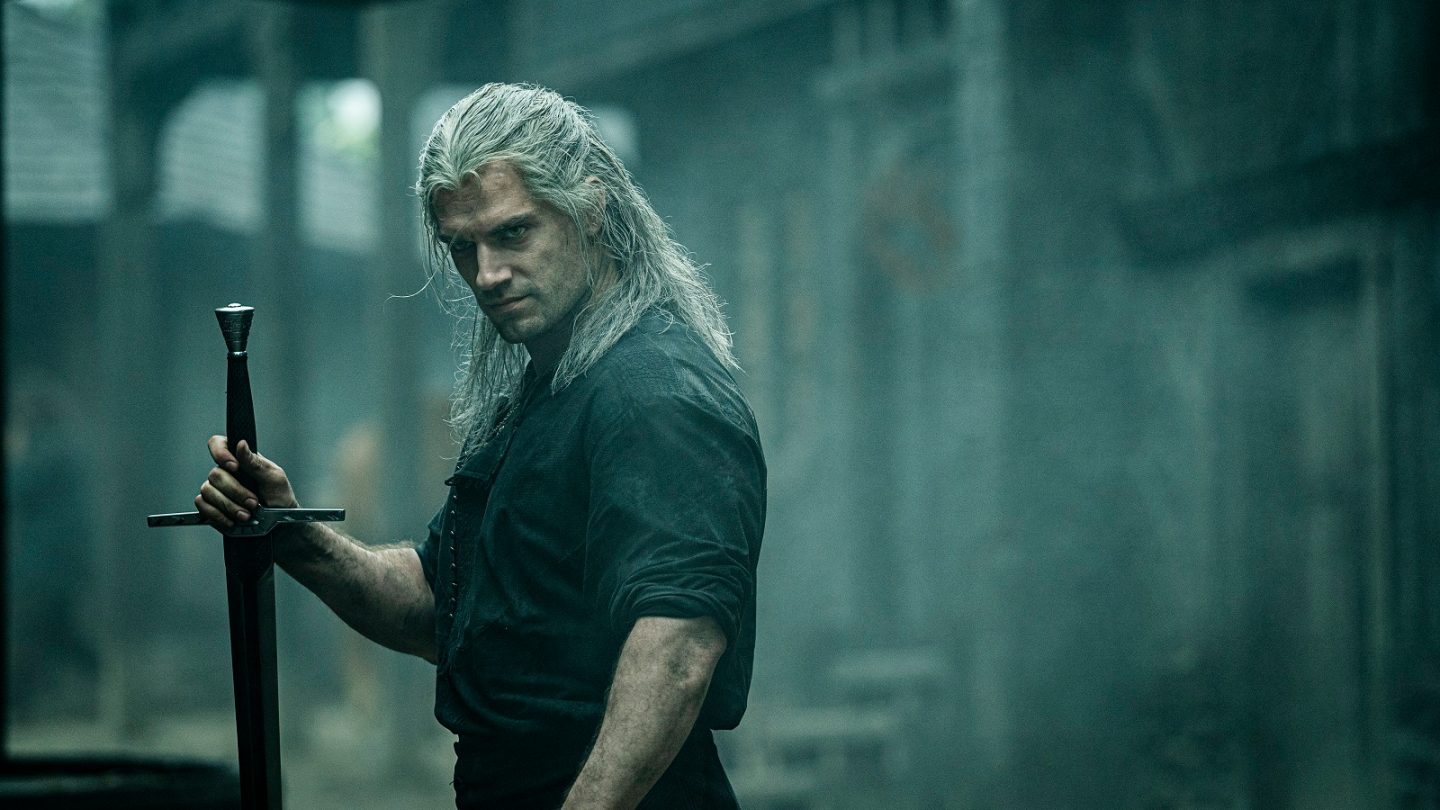 In case you missed it, Henry Cavill stopped by Jimmy Kimmel Live! Monday night to talk up the new fantasy series he stars in that debuts on Netflix two weeks from this Friday. Henry portrays the stoic, white-haired monster-hunter Geralt of Rivia in The Witcher, based on the popular series of books by Polish author Andrzej Sapkowski and anticipation for which has been rising to a fever pitch in recent weeks as it starts to seem more and more like this show will be a more-than-perfect replacement for the now-ended Game of Thrones.

During his conversation with Kimmel, meanwhile, Henry also brought an extra treat — new footage from the series, which shows Henry-as-Geralt in fierce, sword-wielding action and which you can check out above (start the video around the 6:20 mark).

About what can expect to see in the series, Lauren Schmidt Hissrich stressed in an interview with us (which you can read here) that she built a writer’s room stacked with a variety of talent who could all help the show be more than an action-heavy, hack-and-slash series with not a lot of substance underneath it. To wit, she proudly told us it’s got a little bit of everything, from action to romance to even a bit of commentary about politics, the treatment of women and the like.

Meanwhile, if the series trailer, the new footage above, and all the commentary about the show that’s been trickling out haven’t been enough to excite you yet, here’s one more thing to whet your appetite: Netflix has already screened the first episode, and … let’s just say the reactions are supremely positive. Here’s a sampling:

Holy crap, the swordplay of #WitcherNetflix blows anything Game of Thrones had to offer out of the water. You guys are not ready. Henry Cavill IS Geralt of Rivia. 🙌🏻⚔️ @witchernetflix @NXOnNetflix

I’m definitely going to post event pics later, but my phone is almost dead.
Anyway spoiler free #TheWitcher episode 1 impressions. The first 5-10 minutes were like “I don’t know about this…”, but it quickly finds its voice and is incredible by the end. Y’all, Geralt goes HARD!

Just got out of the screening of @witchernetflix and all I gotta say is you gotta watch it on December 20th because it was everything I wanted it to be #witchernetflix @NXOnNetflix #Partner pic.twitter.com/XKIbepZHSY

As a reminder, the eight-episode first season arrives on Netflix December 20, and a second season has already been green-lit by Netflix. If you want to be even further teased about what the first season has in store for us, check out our earlier report including Netflix’s cryptic teasers about each season 1 episode.