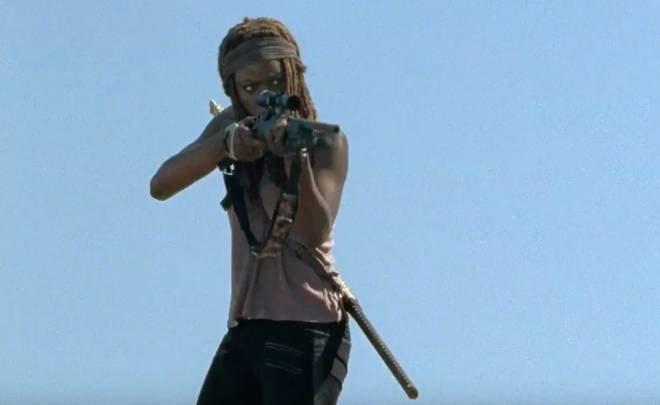 It’s The Walking Dead trailer time again, as AMC rolled out the official trailer and sneak peek video of next week’s episode. Beware though, because some spoilers follow.

Titled Service, episode 704 will finally bring us the first encounter of Negan and Rick following the epic premiere. The Alexandria group have been missing in action for two full episodes now, as the show’s creators decided to focus on Morgan and Carol in episode 702, and on Daryl and Dwight in last night’s episode.

Next week, we’re going to see the full gang, the trailer suggests, but things aren’t looking good for Rick & Co. The group is still recovering from the brutal meeting with Negan. And Rick seems to be getting even worse as he realizes he’s no longer in charge. It’s probably going to be a while before Rick and the others will be ready to put up a decent fight. But we also see an angry Michonne, an indication that the people of Alexandria might be down for now, but they’re far from being defeated.

As for Negan, he will personally come to collect what’s his, and he’s probably eager to see how his newest colony will greet him. We’ll just have to wait one more week to see what’s next in The Walking Dead.