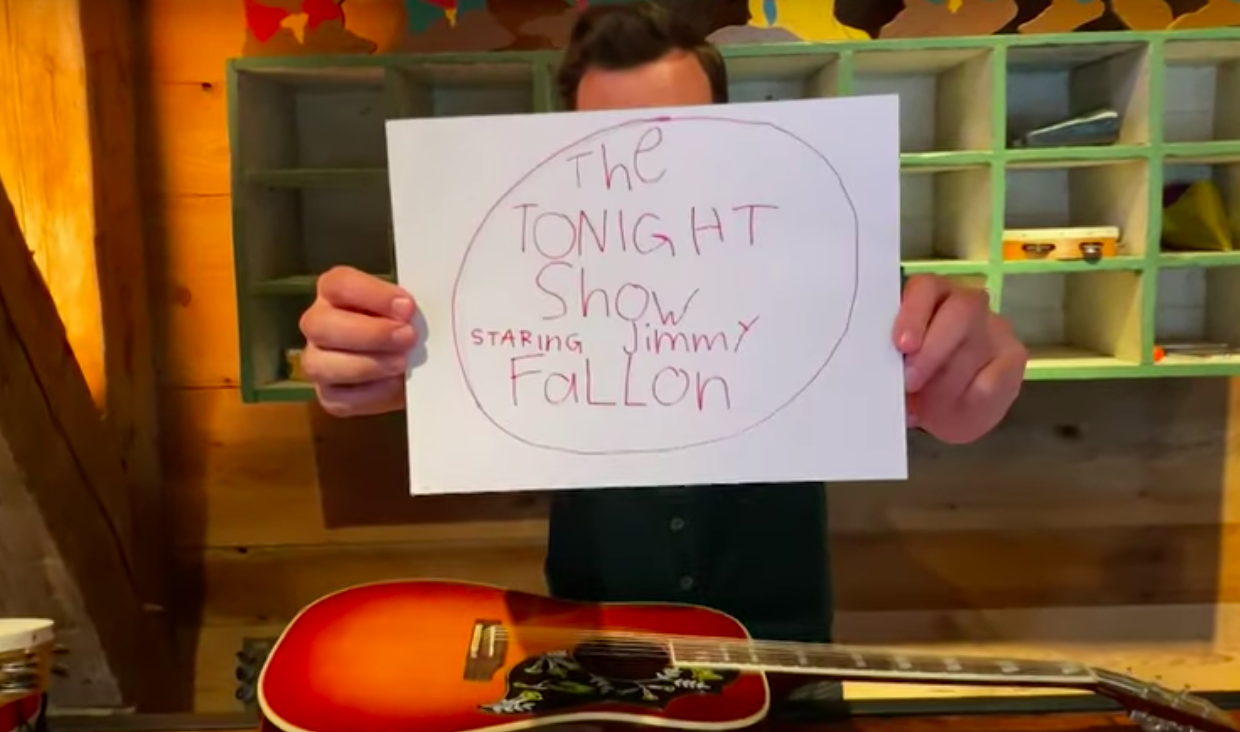 The news has been pretty bleak these last few days, as the COVID-19 coronavirus continues to spur a once-in-a-generation crisis across the US and much of the rest of the world. So many of our public spaces are closing or drastically reducing their operations, while everyone hunkers down at home to ride out the spread of the deadly virus. If you pay too close attention to the news and to your Twitter feed, it can get easy to feel overwhelmed and a sense of helpless anxiety, which is why entertainers are starting to do what they can to spread a little good cheer at the moment. John Legend, for example, went live on Instagram Tuesday to perform an in-home concert.

All of the late-night TV hosts, meanwhile, have shuttered production of their respective shows as social distancing has become the order of the day, which is why Jimmy Fallon on Tuesday decided to debut a “home edition” of The Tonight Show Starring Jimmy Fallon. He put a homespun, 10-minute version of the show together, complete with a “monologue” that basically consisted of dad-jokes, crude drawings from his kids, and a musical number in honor of St. Patrick’s Day.

You can watch this new edition of the show above. It’s shot by Fallon’s wife and includes cameos of his kids, and Fallon says that in addition to NBC airing re-runs of the show until it’s safe to being producing new episodes again, he’ll be working to post these condensed at-home editions of the show to YouTube daily (complete with the odd guest here and there who joins via Zoom).

Moreover, there’s a charitable aspect to the shows. Each night, Fallon plans to spotlight a different charity to try and raise money for them during this trying time. The first, highlighted in Tuesday’s episode, was Feeding America. “Tonight’s charity, Feeding America, runs a nationwide network of more than 200 food banks that feed more than 46 million people through food pantries, soup kitchens, shelters and more,” Fallon’s show explains via its YouTube page. “Click the button to donate or visit http://feedingamerica.org.”

You can watch the show and then click the “donate” button to easily make a contribution. At the time of this writing, The Tonight Show had raised almost $9,000 for the charity.