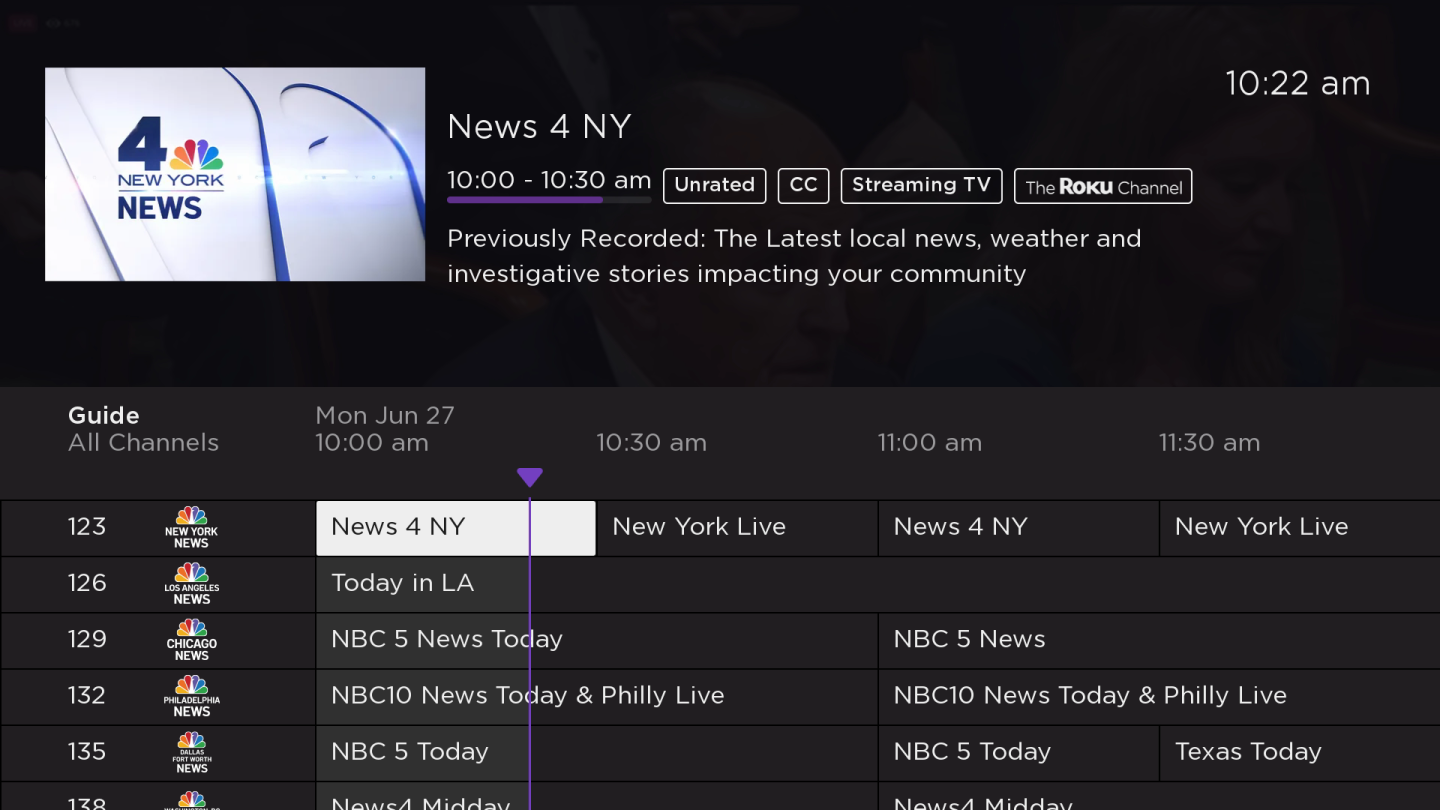 In recent years, ad-supported streaming services have taken off. Few, if any, have seen more growth than The Roku Channel, which continues to add content at a fairly dizzying pace. Just hours after we shared the list of free movies and shows coming to The Roku Channel in July, the company is making headlines once again. On Tuesday, Roku announced a partnership with NBCUniversal to bring NBC local news stations to The Roku Channel.

Roku says that eight NBC local news stations are already live on The Roku Channel. You can find them in the Live TV Guide, and while only a few major markets are being serviced, Roku says that NBC will add more channels in the coming months.

Here are the local NBC news stations currently available on The Roku Channel:

Ashley Hovey, head of AVOD for The Roku Channel, shared the following statement:

Audiences are increasingly opting to consume news through streaming, and local news has consistently been one of the top requested categories by our users. We’re excited to work with NBCUniversal Local and the NBC Stations to expand our relevant live TV offering for streamers and to bring news from multiple major cities to millions of viewers across the country to easily access and enjoy.

NBCUniversal Local delivers news, sports, weather, and more in 31 US markets and Puerto Rico. We expect more of these local news channels to make their way to The Roku Channel soon. This could include Boston, San Diego, and Hartford, Connecticut.

Free local news is just a small piece of what The Roku Channel has to offer. As noted above, Roku is adding free on-demand movies and shows to The Roku Channel every month. In July, some of the highlights are E.T. The Extra-Terrestrial, Hitch, Space Jam, White Chicks, Friday Night Lights, and the Roku Original series Natural Born Narco.

There are also more than 300 linear channels across news, sports, music, and entertainment on the Live TV Guide, and that list has grown once again with NBC’s new local news stations. Other live TV channels include ABC News Live, WeatherNation, Movie Favorites by Lifetime, Cinevault Westerns, Game Show Central, and FilmRise Free Movies.