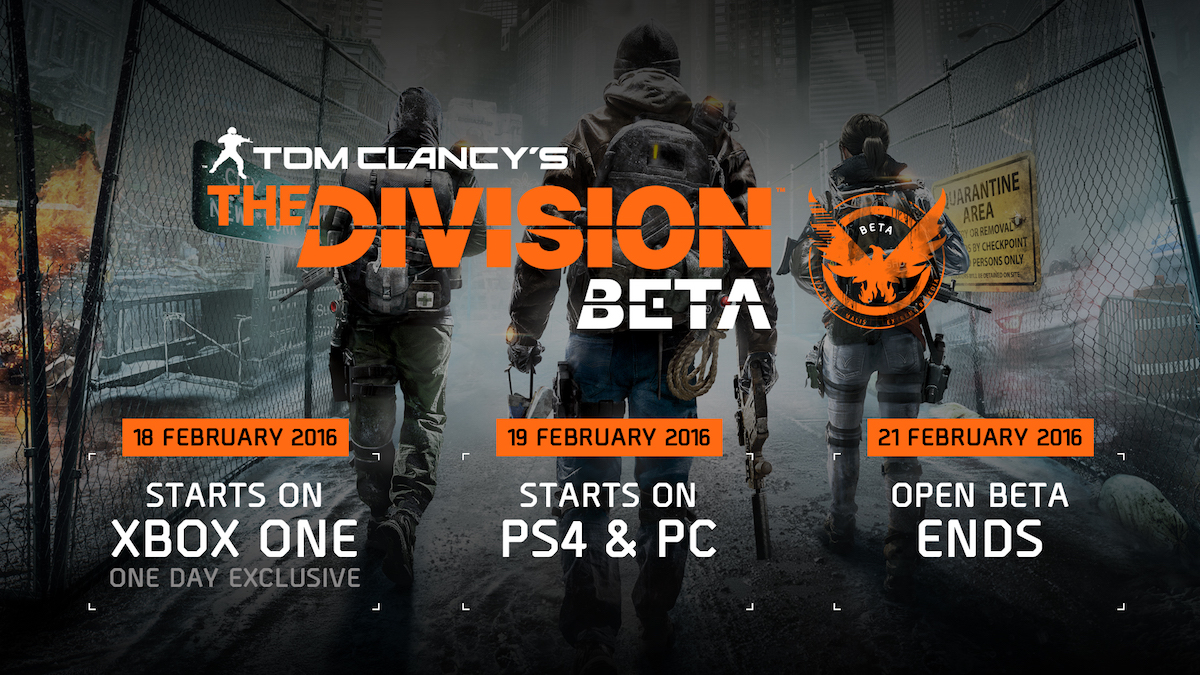 After a successful closed beta test at the end of last month, Tom Clancy’s The Division returns to Xbox One, PS4 and PC this week for an open beta that anyone can participate in. If you played the closed beta in January, you’ve already seen a majority of the content that will be on display, but there are a few additions that might be worth checking out.

DON’T MISS: You can now sign up for Nintendo’s first smartphone game

According to the open beta patch notes from Ubisoft, a new main story mission will be included this time around called Subway Morgue. Your objectives in this mission will be to restore power to the city while exploring a mass grave and rescue a missing engineer by the name of Paul Rhodes. You’ll also encounter a new enemy faction known as The Cleaners.

The open beta will also give players the ability to unlock the first upgrade of the Tech Wing in the Base of Operations. This will open up access to the deployable turret, which should make Dark Zone runs significantly more frightening.

Speaking of the Dark Zone — The Division’s enclosed region dedicated to PvP engagements — Ubisoft has added new high end weapons, stronger NPCs in greater numbers, and a few adjustments that should make it easier to determine when another agent has gone rogue. As soon as you feel comfortable with the controls, I recommend heading straight to the Dark Zone.

If an extra story mission and a few Dark Zone improvements aren’t enough to convince you to jump back in, Ubisoft has also announced that anyone who plays the open beta will get a “special in-game reward” when the game launches.

The Division open beta has already begun on Xbox One, but PS4 and PC players will have to wait until Friday to explore post-apocalyptic New York City. The beta ends for everyone on Sunday, February 21st, but even if you can’t find time to play this weekend, The Division will be launch on consoles and PC on March 8th.

Check out our preview of The Division from earlier this month as well.