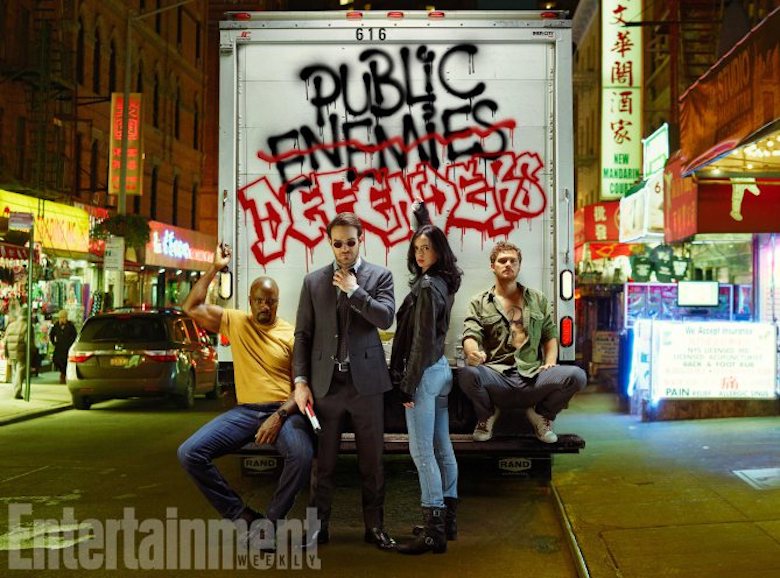 As poorly as Iron Fist was received by critics last month, it hasn’t diminished the excitement for The Defenders — a show in which all of the Netflix Marvel heroes will team up to take on a threat that none of them could handle on their own. We still don’t know much about the show that will bring all of the heroes together, but on Tuesday, a viral video appeared online seemingly revealing the release date.

The video you’re about the watch is our first look at The Defenders in action. It’s short and nothing happens, but there are some vital clues within the video that point to a teaser website and a release date:

In the top left corner of the video, we see an IP address for the camera filming our gritty heroes. If you copy that address into your browser (http://23.253.120.81), you’ll be redirected to an online archive of the New York Bulletin — a fictional newspaper that exists within the Marvel Cinematic Universe. There are a ton of neat easter eggs on the site, so be sure to check it out if you’re a fan of the Marvel shows.

Aside from the IP address, there’s also a timecode in the the top right corner, showing us that Matt, Luke, Jessica and Danny are leaving the Midland Circle building at 8:18 in the morning. When Jessica notices the camera, she immediately smashes it, which is when the time stops at 8:18:20:17. It doesn’t take a detective to realize that the timecode can also be read as 8/18/2017, which is probably the release date for the show.

We won’t know for sure until Marvel makes an official announcement, but it looks like The Defenders will begin streaming on Netflix on August 18th of this year. Something to watch between Spider-Man and Thor!