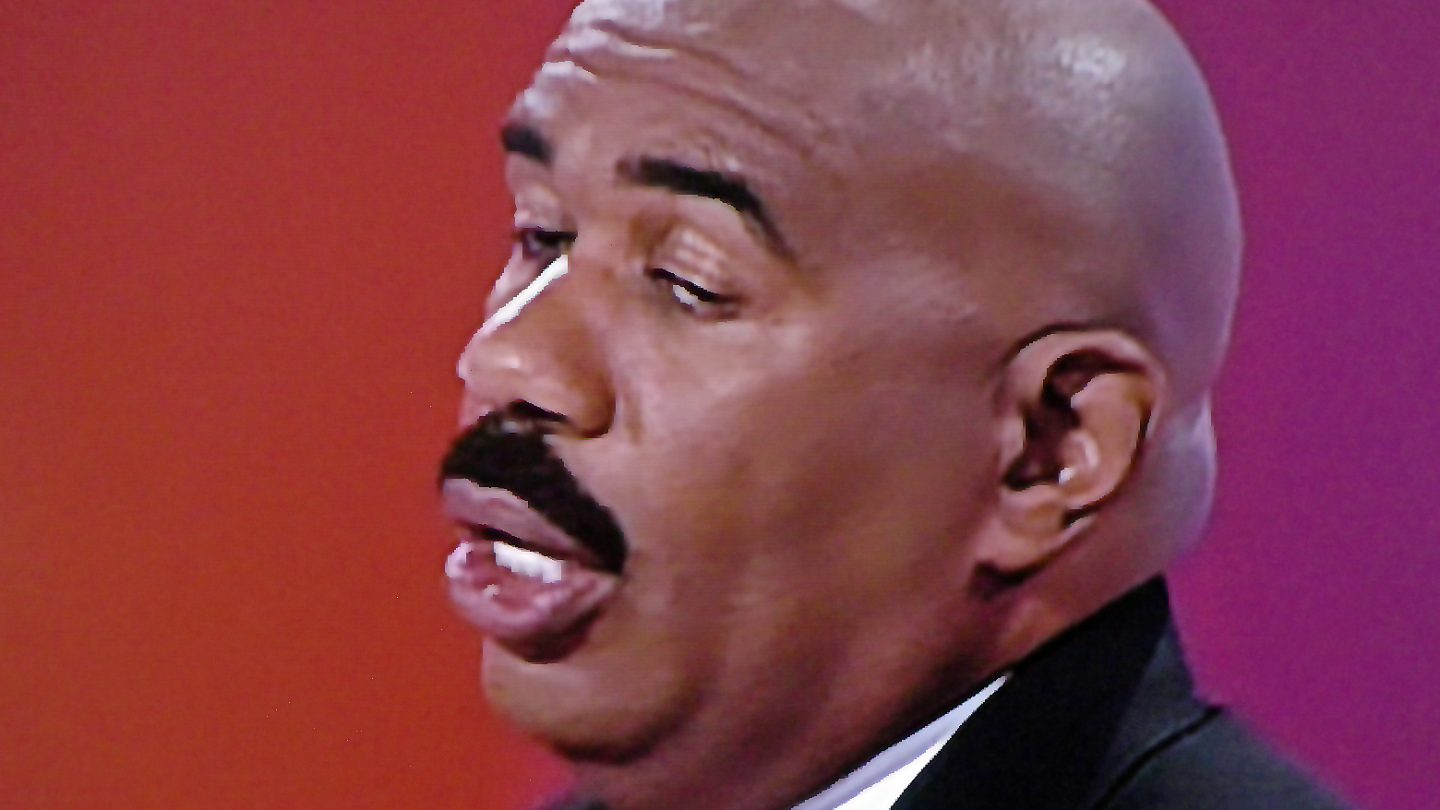 Steve Harvey — the comedian-turned-actor-turned-television-host-turned-guy-who-said-the-wrong-name-at-the-Miss-Universe-pageant — seems like a pretty personable guy, at least on the stage and screen. Apparently he’s not, and he’d really appreciate it if you stopped trying to talk to him all the time. Yes, he means you.

Chicago media reporter Robert Feder, reflecting on Harvey’s departure from the city to begin filming a new daytime talk show in Los Angeles, aired a bit of the star’s dirty laundry on his blog, and it’s not a good look. In an email reportedly sent to staff of his show during the beginning of the current season of The Steve Harvey Show, Harvey demands that all members of his staff simply STFU:

Good morning, everyone. Welcome back.

I’d like you all to review and adhere to the following notes and rules for Season 5 of my talk show.

There will be no meetings in my dressing room. No stopping by or popping in. NO ONE.

Do not come to my dressing room unless invited.

Do not open my dressing room door. IF YOU OPEN MY DOOR, EXPECT TO BE REMOVED.

My security team will stop everyone from standing at my door who have the intent to see or speak to me.

I want all the ambushing to stop now. That includes TV staff.

You must schedule an appointment.

I have been taken advantage of by my lenient policy in the past. This ends now. NO MORE.

Do not approach me while I’m in the makeup chair unless I ask to speak with you directly. Either knock or use the doorbell.

I am seeking more free time for me throughout the day.

Do not wait in any hallway to speak to me. I hate being ambushed. Please make an appointment.

I promise you I will not entertain you in the hallway, and do not attempt to walk with me.

If you’re reading this, yes, I mean you.

Everyone, do not take offense to the new way of doing business. It is for the good of my personal life and enjoyment.

It’s a glorious rant absolutely dripping with frustration and distain for the folks who do the grunt work behind the scenes. Now, with shooting in Chicago coming to an end after five years there and 80 or so of the show’s staff now presumably looking for new jobs, someone decided to leak the host’s guidelines for personal interactions.

A Chicago Tribune article regarding the drama and a bit of news about Harvey’s final day of taping seems to have created even more drama for the star, though this time it’s largely unwarranted. The headline of the article, “Steve Harvey ending production of Chicago show amid memo drama” has sent waves through social media, with many who failed to read past the headline assuming that Harvey is actually canceling his program because of the email brouhaha. That’s not the case, of course, as production was slated to wrap up this week already.