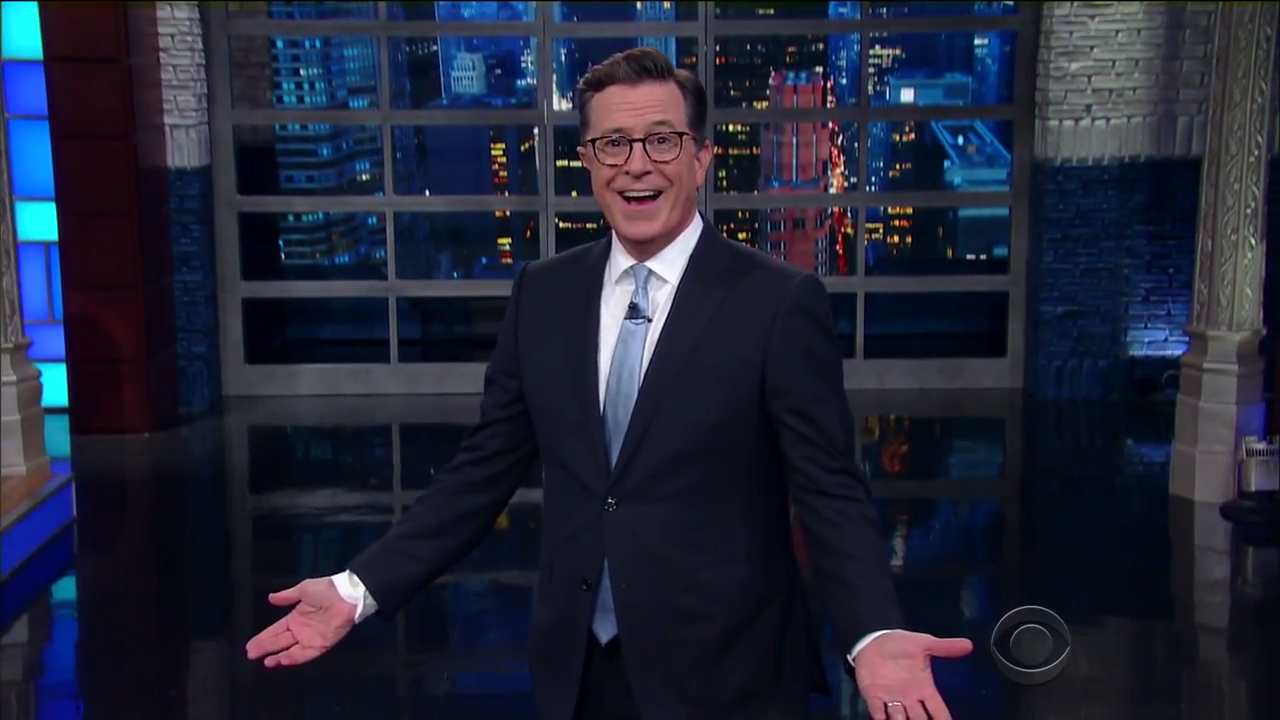 This week, following a unanimous vote from the U.N. Security Council to impose strict new sanctions on North Korea, Kim Jong Un and the North Korean military responded by announcing that they are looking into the possibility of targeting US military bases in Guam with ballistic missile strikes.

This news arrived hours after Trump declared that North Korea would be “met with fire and fury” were it to continue threatening the United States. Needless to say, it’s been a rough week, but Stephen Colbert is doing everything he can to help us get through it without losing our minds.

“I know a lot of people tune into this show on a nightly basis to get their news and information,” said Colbert in his monologue last night on The Late Show. “They count on me to be a straight shooter with a calm voice. I don’t want to be alarmist… we’re all gonna die.” See, don’t you feel better now?!

Colbert went on to explain that US intelligence now believes North Korea is making missile-ready nuclear weapons, which really brings into what Dennis Rodman has been doing over there all this time. Colbert then cited a Wall Street Journal article which explains that North Korea wants to specifically teach the United States a lesson, and that other countries aren’t being threatened.

“What?! How is that fair?” asks Colbert. “It was fifteen countries. We’re just one of the fifteen countries. Why just us? Look, North Korea, stop trying to make us a thing, alright? I’m not saying what we have isn’t special, but it’s not exclusive. The United States, we sanction a lot of other countries.”

The threat of nuclear war is terrifying, but the clip’s pretty funny, and you can watch it here: