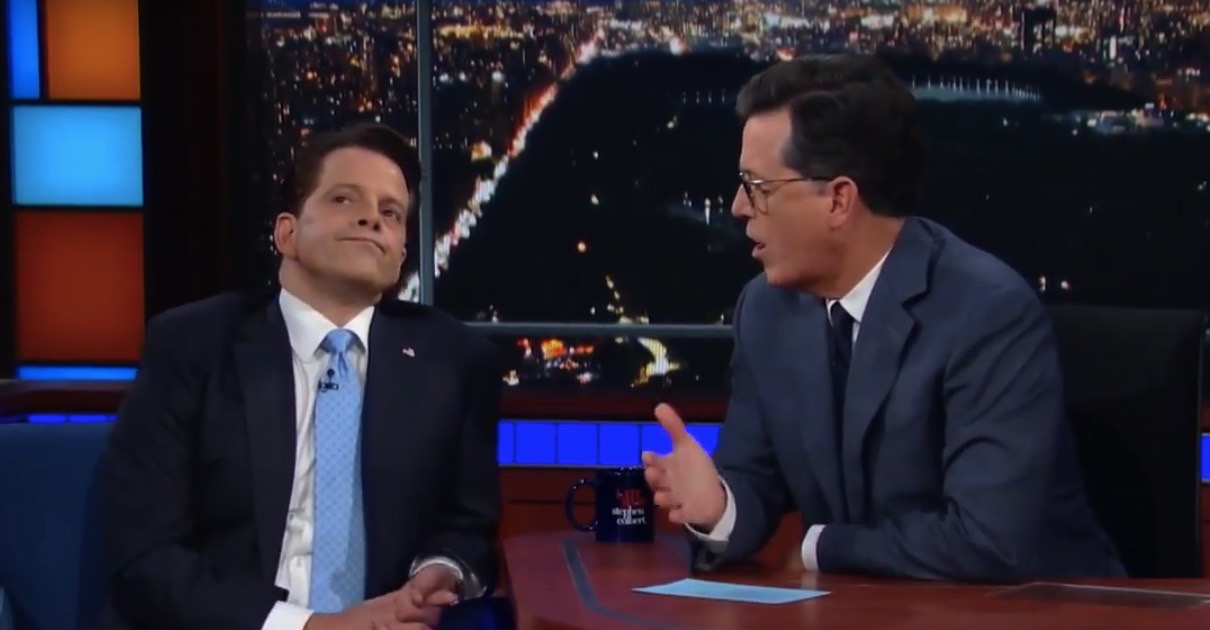 Anthony Scaramucci will probably be remembered for years to come for his extremely short stint at Trump’s White House. The former financier was the White House Communications Director for just 10 days, but he certainly made an impression during the period, especially with late night talk shows’ hosts, who took hit after hit at “The Mooch” for his various remarks. Stephen Colbert was one of the comedians who had some hilarious Mooch moments over the past weeks, but he’s the first to have Trump’s former press guy as a guest following his dismissal. It all happened right after the recent Charlottesville tragedy, although Scaramucci was announced as Monday’s guest well ahead of Trump’s most recent scandal.

It took Trump two days to take a hard stance against neo-nazism and white supremacist movements after the Charlottesville events on Saturday, or two days longer than any president of a democratic country would need to strongly condemn such attacks. And that was the main story on The Late Show, with Scaramucci having to field a barrage of questions from Colbert.

The comedian grilled Scaramucci on Trump’s decision not to publicly name those responsible for the Charlottesville tragedy right after it happened. The Mooch, while still ready and willing to defend the president in general, did agree that it wasn’t Trump’s best moment.

That said, Colbert’s interview did have some fun moments, and you can watch the entire thing below. Say what you will about this Trump supporter, but he wasn’t afraid to come down to a show that’s been hostile to the administration from day one.