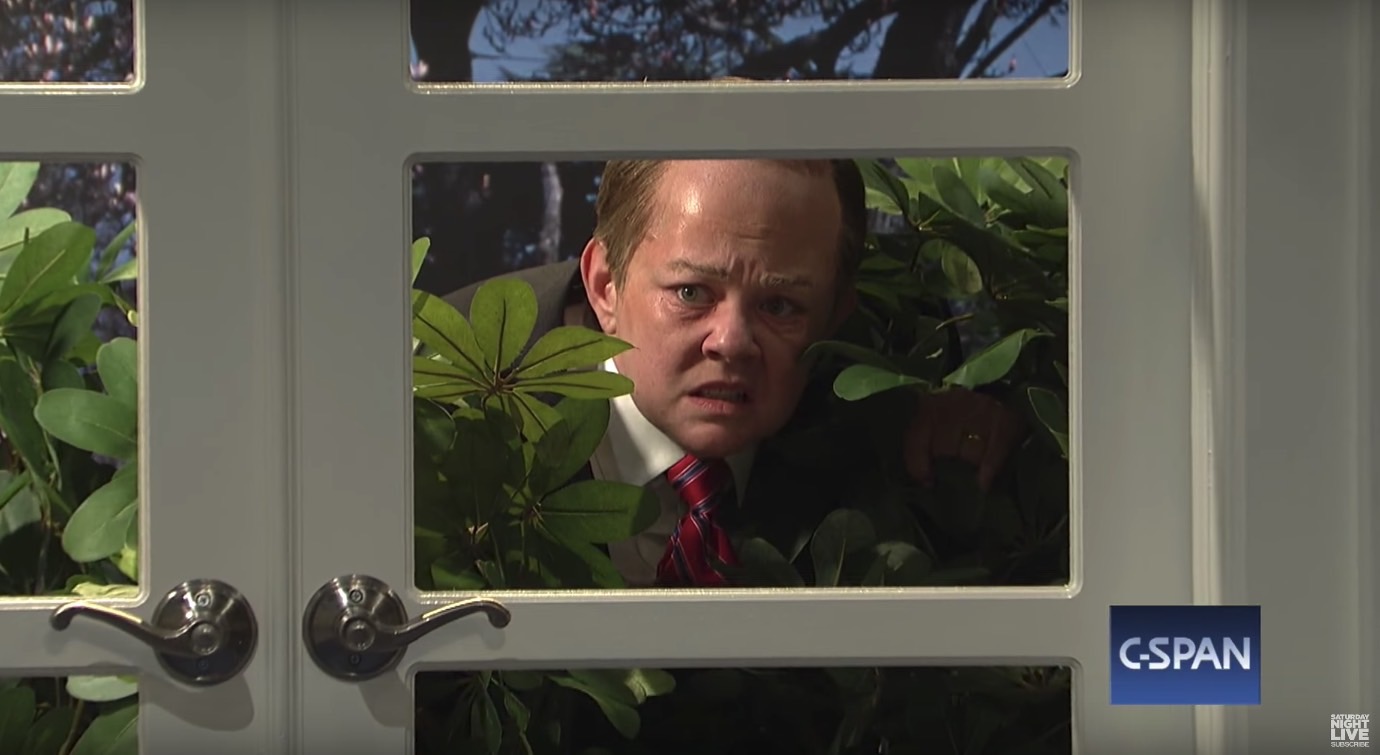 There’s no question that working in Donald Trump’s communications department is no easy task, especially now that he’s president. But White House press secretary Sean Spicer has been making things even harder for himself since the first day he appeared in front of reporters by giving people countless reasons to mock him. The Comey debacle is just the latest example of how Spicer handled himself poorly while fielding questions on why Trump fired the former FBI chief.

From the moment we saw headlines mentioning Spicer and bushes, it was clear that Saturday Night Live would not let this one slide. And SNL delivered what is easily the show’s best Sean Spicer sketch yet in an episode from this past weekend hosted by Melissa McCarthy.

Whether Trump fires Spicer or not, one thing is clear: the press secretary gave McCarthy one of her most memorable roles. SNL’s Spicer clips went viral on YouTube ever since the show first started mocking Spicer, and McCarthy joined Alec Baldwin — who plays Donald Trump on the show — to become one of the recurring actors who portray personalities in the current White House administration.

As early as Friday, New Yorkers saw McCarthy in Spicer attire driving a lectern in New York, a clear hint that Spicer would return to the show. SNL even posted a Spicer teaser on YouTube showing McCarthy feeling “pretty, oh so pretty” ahead of the show.

Then, on Saturday, McCarthy’s Spicer returned to SNL in a hilarious 8-minute sketch that was viewed more than 6 million times on YouTube at the time of this writing. Spoiler alert: Spicer ends up kissing a certain president. Check out the Spicer sketch below, followed by all the other Trump-related videos from SNL: