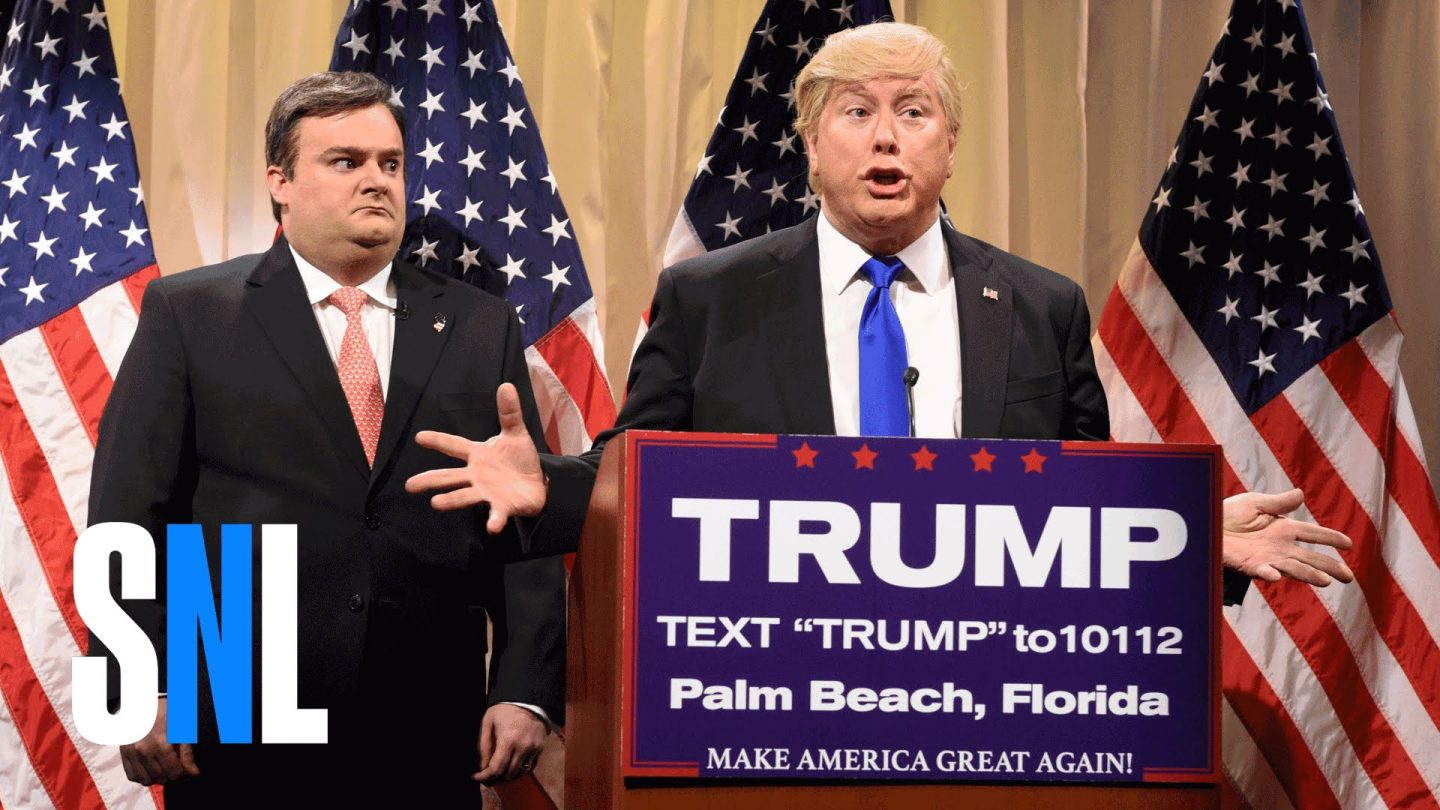 No matter how ridiculous this campaign season becomes, the current frontrunner of the Republican Party keeps finding new ways to surprise us. This weekend, Saturday Night Live spent some time making fun of Donald Trump, and although reality is often stranger than fiction, it was a relatively successful endeavor.

DON’T MISS: People from all over the political spectrum compared Trump to Hitler this weekend

SNL didn’t waste any time jumping into the political arena on Saturday, kicking off with a cold open featuring Darrell Hammond as Trump, Jason Sudeikis as Romney with current cast members filling in as Christie, Cruz and Clinton:

Seeing Hammond as Trump again was a treat, but I think Taran Killam’s ridiculous Cruz impression might have stolen the sketch. Later on, after host Jonah Hill introduced himself and musical guest Future, a group of “real Americans” explained in a prerecorded political ad why they were voting Trump:

Pretty much exactly what you expected, right?

Those were the only sketches dedicated to the potential Republican presidential nominee, but Weekend Update hosts Colin Jost and Michael Che weren’t going to let the rest of the cast have all the fun. Anyway, Trump can’t go on national television talking about his package and not expect make an appearance on Weekend Update:

Providing he doesn’t suddenly drop out of the race, we can expect to see plenty more of Trump on SNL in the coming weeks and (possibly) months.