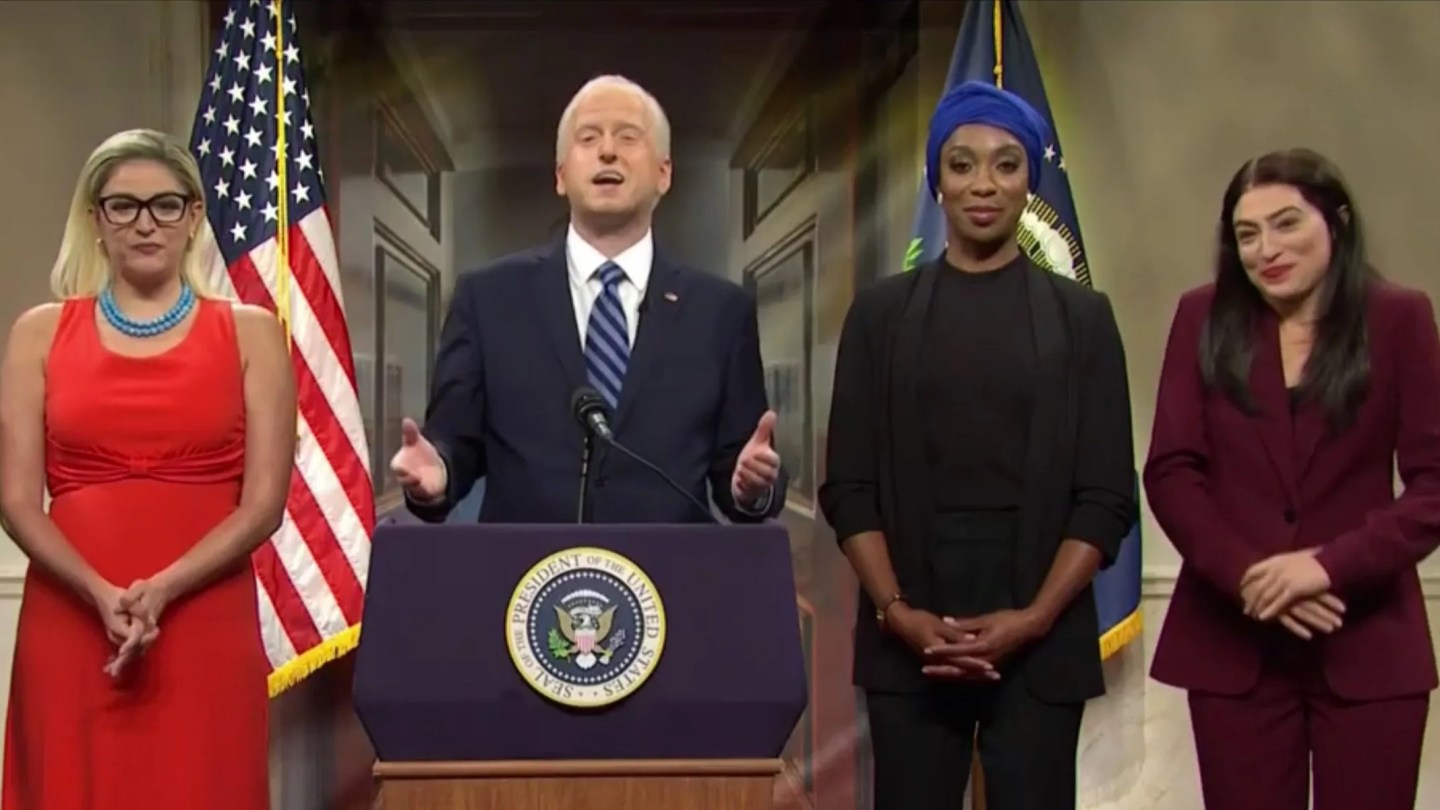 The 47th season of Saturday Night Live opened with newly added cast member James Austin Johnson portraying President Joe Biden — specifically, playing him as a kindly, avuncular figure whose agenda is nevertheless getting wrecked by US Senators from his own party (Joe Manchin and Kyrsten Sinema, both of whom also were reflected in the same bit). What that cold open meant, though, is that right away in the first moments of the season premiere over the weekend, the audience and viewers were treated to the comedic handiwork of someone who will no doubt be one of the busiest in the SNL cast’s 2021 lineup.

The cold open skit poked fun at Biden’s increasingly drawn-out attempt to pass infrastructure and budget bills. Specifically, in a Congress which his own party controls. In the bit, which you can check out below, longtime SNL cast member Cecily Strong plays Sinema, a Democratic Senator from Arizona, who stands beside Johnson’s Biden and coyly teases: “What do I want from this bill? I’ll never tell. I didn’t come to Congress to make friends. And so far, mission accomplished.” Cheerily responds Johnson-as-Biden: “Is it just me, or does she look like all the characters from Scooby-Doo at the same time?”

According to his official show bio, Johnson is a comedian and actor whose past credits include roles on Tuca & Bertie, Future Man, Adam Ruins Everything, and the film, Hail Caesar. The Nashville native has also performed in Los Angeles at Highland Park’s longest-running comedy show, Rod Stewart Live.

Johnson, suffice it to say, is a master impersonator. In addition to a number of other characters that he played during his inaugural SNL effort, here’s a look at some of his work outside the show over the years. Starting with a bit of a throwback, to a standup bit he did as a youngster.

In the clip below, he performs a hilarious monologue poking fun at the animatronic Chuck E. Cheese band:

His Trump impression is also freakishly spot-on. In the clip below, he mimics Trump’s vocal tics as well as his meandering trains of thought and awkward syntax. All while pretending to be the 45th president talking about Pokemon, of all things:

OMG DON CLAIMS HE "BEAT" POKEMON, HAS NOT CAUGHT 'EM ALL… TRUMP: "GAME ENDS WHEN YOU BEAT ELITE FOUR" pic.twitter.com/xSHxHCtlkG