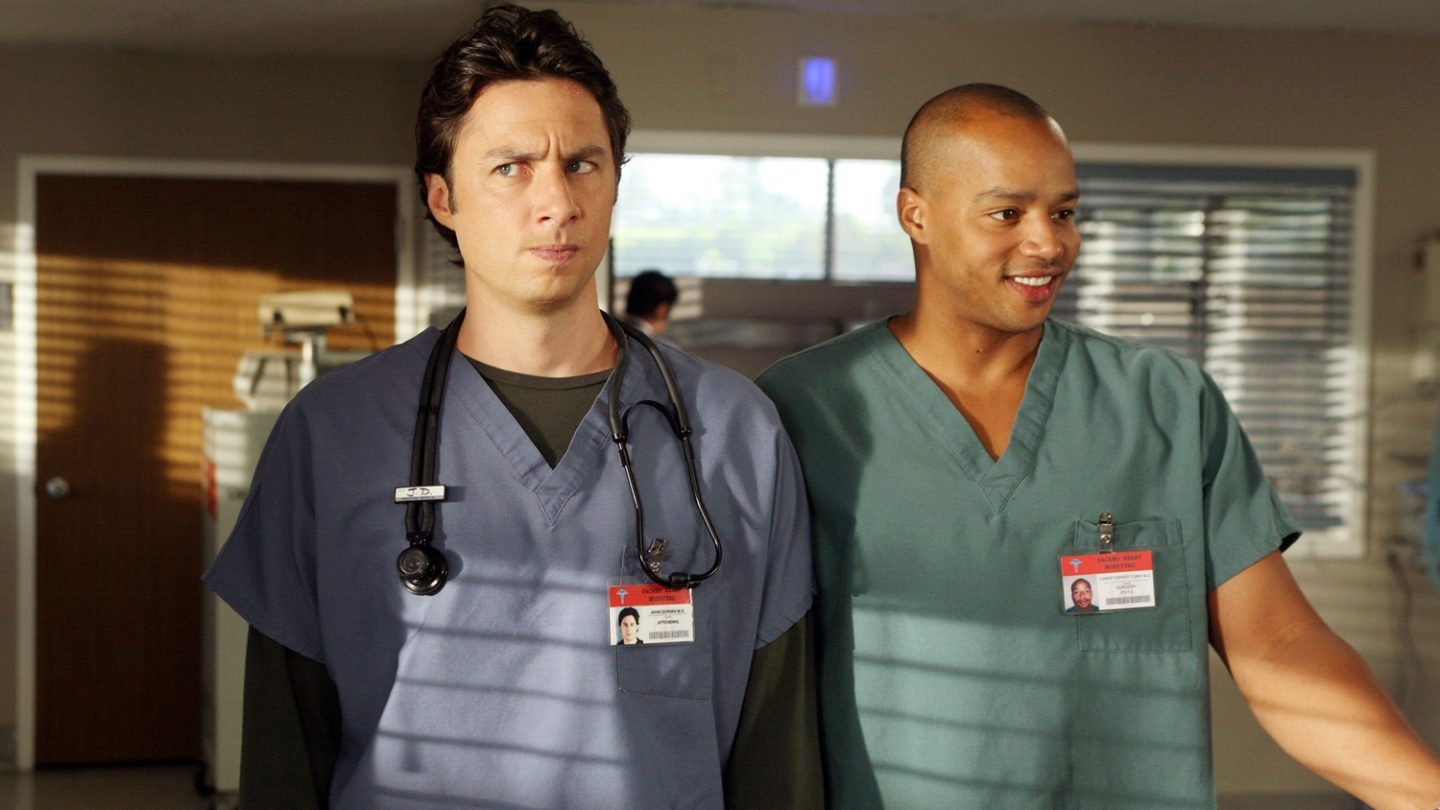 Just in time for a global pandemic that’s got most of us quarantined at home and struggling to entertain ourselves, the two real-life best friends who played a doctor and a surgeon on the hit NBC sitcom Scrubs have launched a rewatch podcast called Fake Doctors, Real Friends.

Zach Braff and Donald Faison played J.D. and Chris Turk, respectively, on the show, and they’ll be hosting a podcast that amounts to what Braff has described as the equivalent of DVD commentary. The first episode of the podcast is available now on the major podcast platforms, and its focus is the pilot of the series about all the goings-on inside the fictional Sacred Heart Hospital that aired its final episode a decade ago.

The description for this iHeartRadio original podcast announces that: “You know what’s long, tedious and boring? Surgery. You know what isn’t? This new podcast!

“Join Scrubs co-stars and real-life best friends Zach Braff and Donald Faison for a weekly comedy podcast where they relive the hit TV show, one episode at a time. Each week, these BFFs will discuss an episode of Scrubs, sharing behind-the-scenes stories and reminiscing on some of their favorite memories from filming. They’ll also connect with Scrubs super fans and feature beloved show cast members for exclusive interviews.”

We did it. First episode up now.
The Rewatch Podcast!!!https://t.co/yty2bcdAKZ pic.twitter.com/daK1hS7mPb

Episode 1 of the podcast, “The Pilot/My First Day,” went live on Tuesday. It runs for a little more than an hour, and in it, Braff and Faison talk about filming in an abandoned hospital, the audition process, and why they were “so starstruck” by Sarah Chalke, who played Dr. Eliot in the series.

“We started thinking of doing this for the people who did watch the show, fans of Zach and I who are wondering what we’re doing and how we’re doing,” Faison told Entertainment Weekly. “This is a great place to check-in and hopefully (enjoy) conversations between two best friends.”

We’re still in the midst of the coronavirus pandemic right now, so, accordingly, the two hosts like millions of us are practicing social distancing — the key tool for limiting the spread of the virus — as they record the podcast. The constant message is that everyone needs to stay home as much as possible, which is why Braff and Faison are recording podcast episodes from their respective homes via video conference calls.