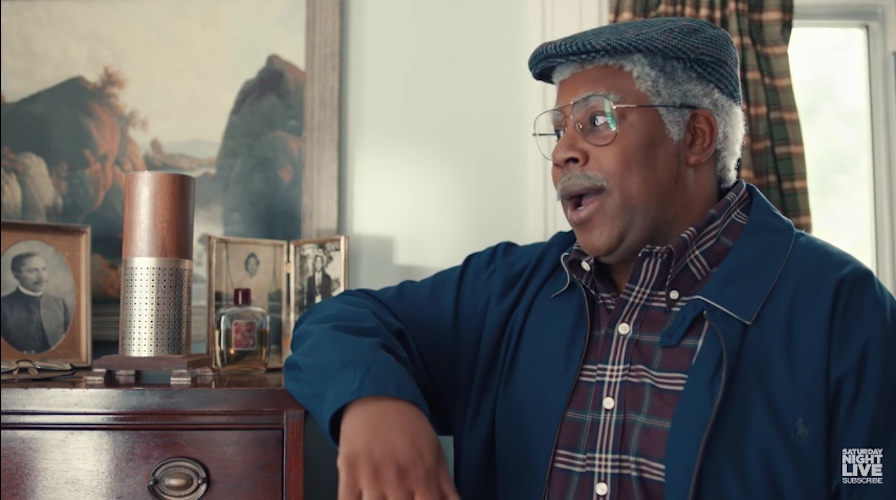 Saturday Night Live was in rare form this weekend, rolling out an incredibly funny and creative promo for a hypothetical Amazon Echo product geared specifically for the elderly. Whenever SNL turns its sights on the tech world, the results tend to be hit or miss, if not mostly lukewarm. But this time around, SNL hit it out of the park with a flawless effort.

The video begins with Kenan Thompson — dressed as an elderly fellow — struggling to use the current incarnation of the Amazon Echo, even when asking a simple question about the time. Frustrated, Thompson mispronounces the Alexa name repeatedly, calling it Amanda and later Odessa.

“The new Amazon Echo has everyone asking Alexa for help,” the commercial narration begins. “But the latest technology isn’t always to use for people of a certain age. That’s why Amazon partnered with AARP to present the new Amazon Echo Silver, the only smart speaker device designed specifically to be used by the greatest generation. It’s super loud, and responds to any name even remotely close to Alexa so they can find out the weather…”

We’re next presented with a series of hilarious vignettes showcasing the Echo Silver being used. From Thompson asking for sports updates about a dead major leaguer to a feature that lets users find lost items to an “uh huh” feature that lets users ramble along endlessly, there are no shortage of laughs to be had with this new SNL gem.

You can check out the hilarity below.