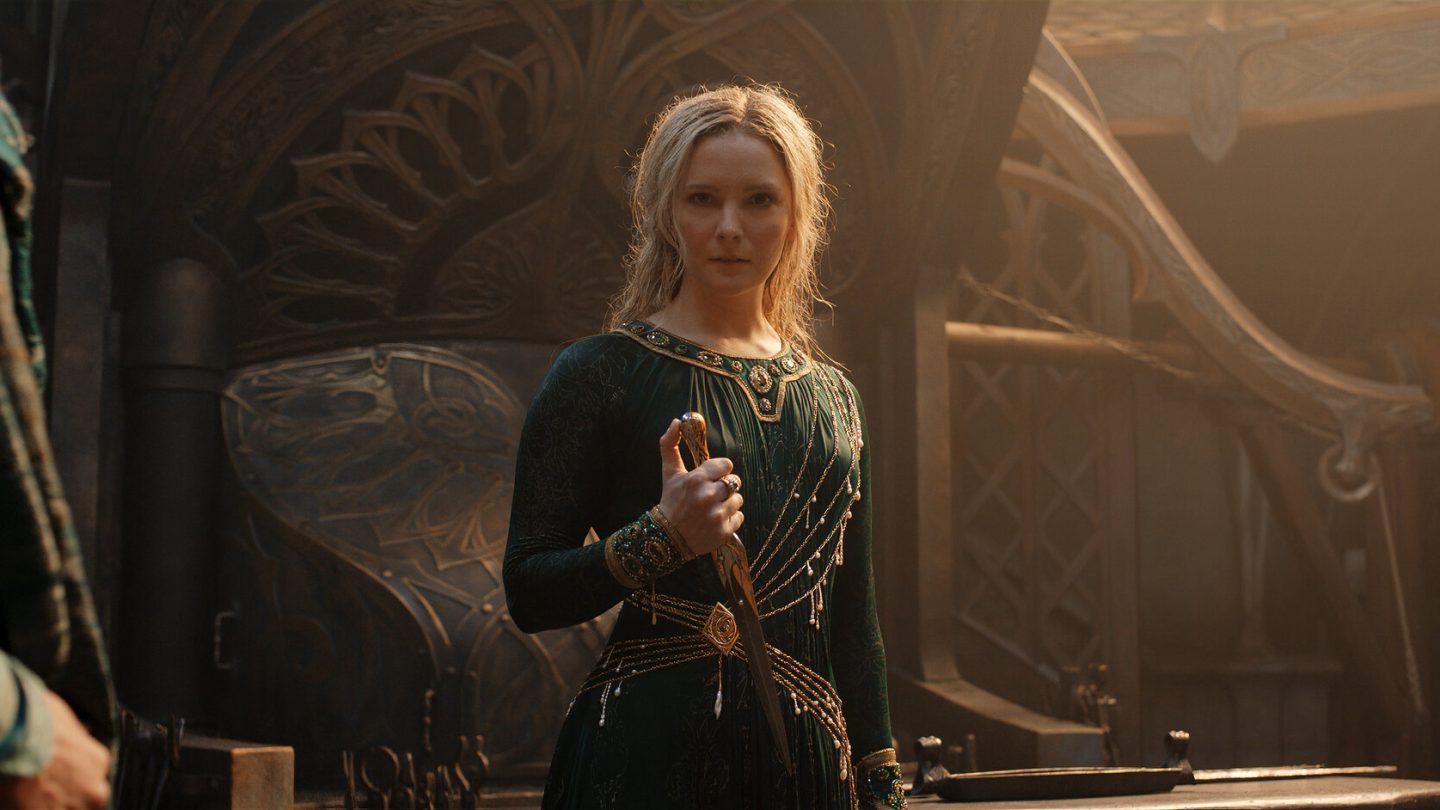 With the arrival on Friday of the Season 1 finale of Prime Video’s The Lord of the Rings: The Rings of Power, here’s perhaps the most important thing we can say about where things stand now with this high-stakes gamble of a series, the most expensive in TV history:

By and large, it seems to have done what it set out to do (and there’s much more still to come). It put, for one thing, a Prime Video series near the top of the mainstream pop culture conversation in a way that really no other Amazon show has been able to similarly achieve up to this point. It extended the Tolkienverse to a new generation of fans, with a new story, new characters, and re-introductions to familiar ones. On that last score, by the way, perhaps the most impactful reveal of all in the final episode — Sauron was at last unmasked, as it were. This series shows him for the first time as a flesh-and-blood human, as opposed to the big fiery eye in the sky that we’d associated him with in the Peter Jackson movies.

The Lord of the Rings: The Rings of Power finale

Don’t worry, though. We won’t spoil Sauron’s identity here. Although, if you’re caught up on the series, let’s just say there’s a good chance you’ve probably already assumed that a certain handsome smooth-talker just might be the big bad of this universe.

In tandem with the release of the Rings of Power finale, meanwhile, Amazon has also just launched all eight episodes of the new Official The Lord of the Rings: Rings of Power Podcast hosted by Felicia Day. Among the cast, show creators, and crew that she interviews, the podcast includes one of the first interviews with showrunners J.D. Payne and Patrick McKay about the series finale. They also touch on, among other things, the parts of Tolkien’s world that they plan to explore in future seasons of the show:

“One of the first conversations we had with Amazon about this is the feeling that Tolkien’s world was much vaster than the limited geography traversed in the Lord of the Rings books and in The Hobbit,” McKay said. “And that there are great islands to the west in Númenor at this time. There’s Valinor even further west and then east there’s an entire continent Rhûn that has never been visited and never explored. All we know is the stars are strange there.”

Tolkien fanatics will no doubt also be happy to hear McKay confirm that there is a long-term plan for the show — “with tent pole moments along the way and a very specific and clear endpoint.”

All that said, to be sure, getting here wasn’t necessarily the most straightforward ride for viewers. Based on the Rotten Tomatoes ratings, for example, critics seem to love the show (an 85% score on that front) while fans by and large don’t (a 38% score there). Or maybe it’s just that the trolls and haters have been the loudest.

The reactions from viewers have ranged from critics like Elon Musk musing that Tolkien would be turning in his grave as a result of this show to people like … well, like yours truly, admittedly feeling bored out of my mind at times. And then, of course, there have been plenty others who’ve felt like this show absolutely stuck the landing.

That’s one of the things that’s been so fascinating about The Rings of Power, pretty much from the get-go — how disparate the reactions have proven to be. A trend that the finale did nothing to change:

My vasectomy yesterday was less painful.

Season finale of #RingsofPower was FANTASTIC.

I really liked the finale for rings of power. A bit predictable for those who knew anything about the era but I want more. Not a perfect series but very cool

The finale deadass has galadriel be the one with the idea to make the 3 rings? Jesus, what can’t she do. Tolkien will be turning in his grave right now. What a disappointment of a billion dollar show #RingsofPower pic.twitter.com/Oah8V7nWB3

Well, everything I suspected would happen after two episodes was completely accurate by the end of the finale. Not saying that makes it bad, just that Rings of Power season one was the most predictable TV show ever.

This Rings of Power finale is QUITE THE PAYOFF!? Wowowowow.