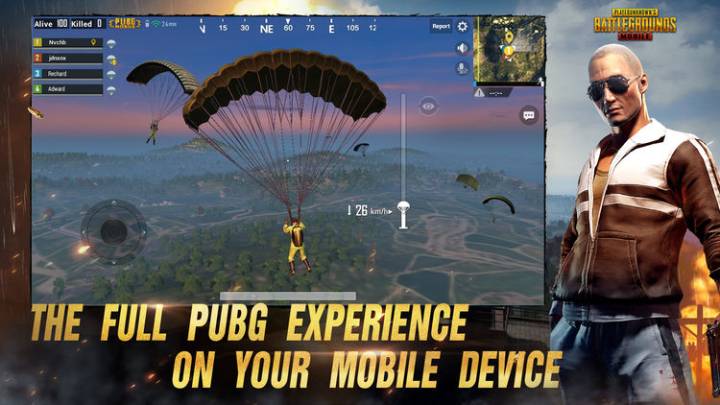 The second most popular battle royale game on the App Store (for the time being), PUBG Mobile, received one of its biggest updates since launch on Tuesday. Rolling out on iOS and Android today, the 0.5.0 update introduced a desert map, called Miramar, to the mobile version of the game, along with a bevy of other new features.

Beyond the new map, filled with new weapons and vehicles to discover, the 0.5.0 update also kicks off Season 2, with new tiers to reach that will reward players with cosmetic items. Progress Missions are new too, giving players another opportunity to collect rewards as they complete tasks. Then there are the Activity Missions, which reward players for being active and logging on every week. In other words, plenty of opportunities to be rewarded.

Other additions include a local quick team feature, the ability to raise your Synergy and build Connections with your friends, the option to choose your region and flag, language-specific chat channels, more avatars, a shop to preview and purchase new outfits and items, and a “Secret Stash” where special discounted items can be found.

The 0.5.0 update is packed with improvements as well, such as sound effects added to melee combat and breaking doors, smoother spectator mode and parachute camera, and an improved display of personal information.

If you haven’t jumped back into PUBG Mobile in a while, this seems like the perfect time to jump back in. One of the few advantages that PUBG has over Fortnite is its variety of maps, and now that they are beginning to make their way to the mobile version of the game, it will be interesting to see how the fans react.