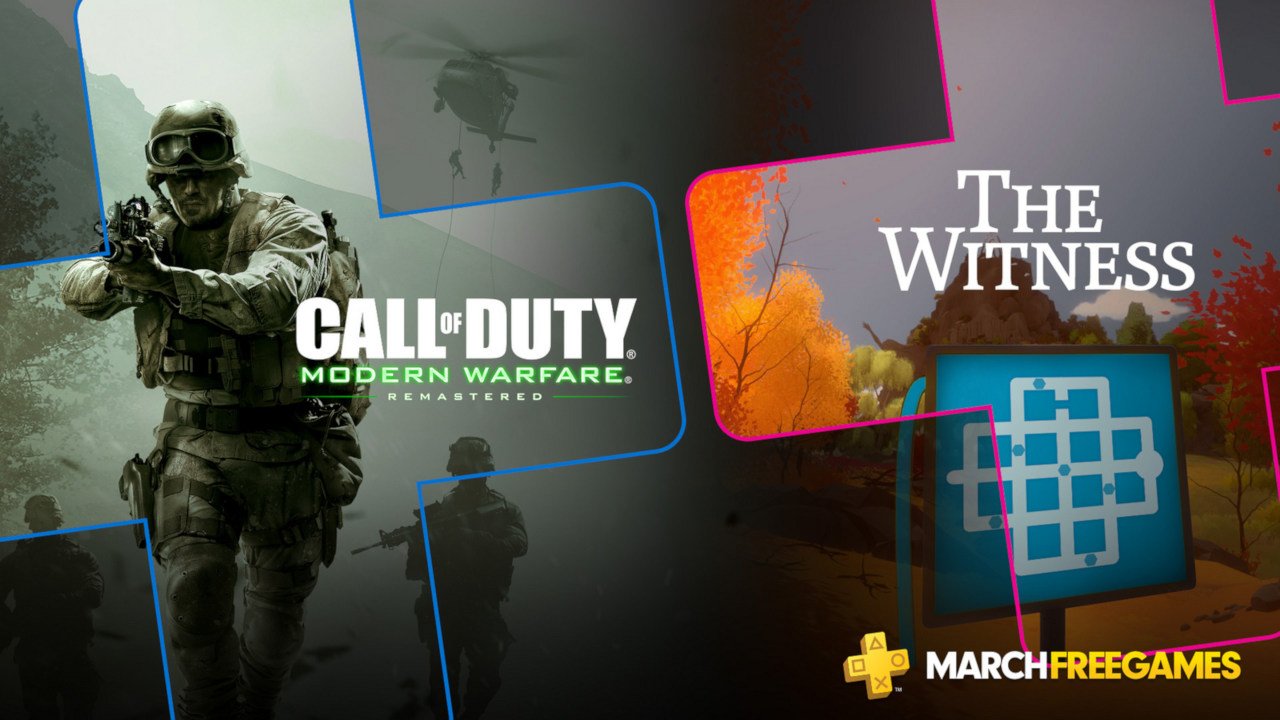 All good things must come to an end. Starting this month, Sony is no longer giving away free PS3 and PS Vita games to go along with its two free PS4 games. With the latest generation presumably winding down, and PS Vita production winding down in Japan, it makes sense for Sony to retire giveaways of games from two obsolete platforms, especially considering that the PlayStation 4 isn’t backward compatible with either console.

But the show must go on, and the selection for March are admittedly solid. PlayStation Plus subscribers will be able to grab Call of Duty: Modern Warfare Remastered and The Witness free of charge next month. Both titles are absolutely worth adding to your collection of PS4 games if you don’t already own them.

Here’s the complete lineup of free PlayStation 4 games available for PlayStation Plus subscribers in March:

Both games listed above will be free to download starting on Tuesday, March 5th. As always, you will need to have an active subscription to PlayStation Plus in order to download them for free. You will also need to either keep paying for or restart your subscription in order to keep them, even if you downloaded them for free. And don’t forget — every free game from January is still available until the new Instant Game Collection arrives next week.