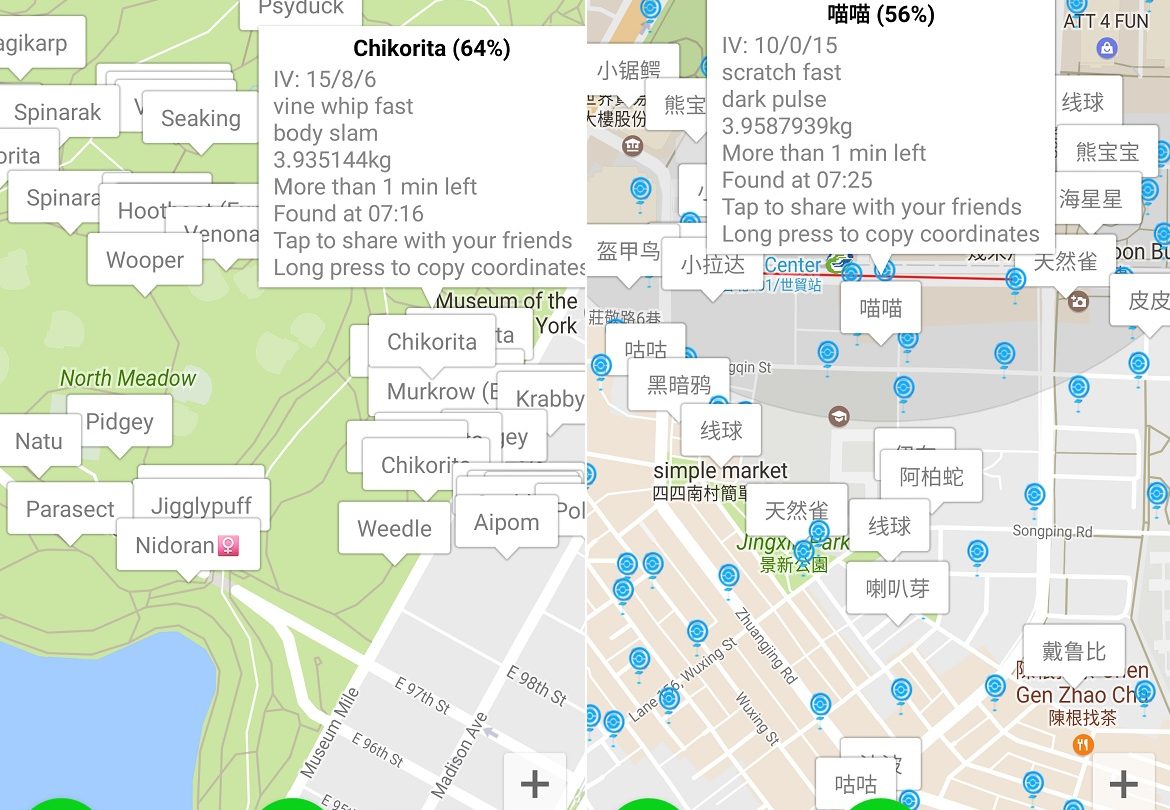 One by one, many of the most popular trackers for Pokemon Go have been taken offline in the months since the game launched. Trackers have always been controversial among fans, but developer Niantic made it clear that it was against players using trackers from the moment they began appearing in app stores. Finding a tracker is now harder than ever, but there’s at least one Android app still worth checking out.

GoTracker is a real-time Pokemon Go tracker for Android that has all the bells and whistles you would expect from a tracking app in 2017. It shows all the Pokemon in your vicinity (Generation 1 and 2), as well as Gyms and PokeStops. It even goes so far as to display the IV and moves of the Pokemon on the map.

You can sort Pokemon with a variety of filters, have the app alert you with background notifications and set up custom sounds for specific creatures. You can even have the GoTracker automatically place lures.

It might not be the most visually appealing tracker app we’ve encountered, but it’s certainly one of the most fleshed-out. Unfortunately, you can’t download it directly from the Google Play store (as Niantic is regularly having unofficial apps taken down), but you can download the APK from the GoTracker website right here.

I wasn’t able to find any English video demonstrations of the app, but if you want to see GoTracker in action before you take the time to download and install it, this Portuguese video tutorial is worth a watch: