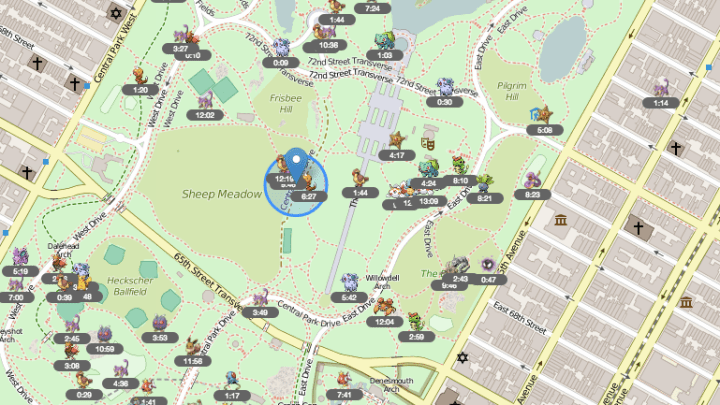 It’s been over a week since Niantic shut down many of the most popular Pokemon Go tracking apps on the internet, including fan favorite Pokevision. According to Niantic, it was necessary to shut down these trackers in order for the company to continue to release the game in new territories, but while many have stayed dead, new trackers have appeared to take their place.

One of those trackers is called FastPokeMap, and although it is far from being as effective as Pokevision, it should get the job done in a pinch.

What’s most fascinating about the tracker (other than the fact that it actually seems to work) is that the developer has been sharing his progress every step of the way on Twitter. He started working on reverse engineering Pokemon Go shortly after the update rolled out, began beta testing his product a few days later, released the beta on August 7th and has been improving it ever since.

One of the primary differences between FastPokeMap and Pokevision is the scan radius. In Pokevision, when you scanned for Pokemon in your area, you’d see a huge area filled with Pokemon. On the other hand, FastPokeMap is slightly more limited, which means you’ll only see creatures basically within walking distance.

There’s no telling how long it will be before FastPokeMap goes the way of the other trackers, but if you’re looking for something to help you find Pokemon in your area (since the game’s nearby feature is still broken), you can give it a shot.