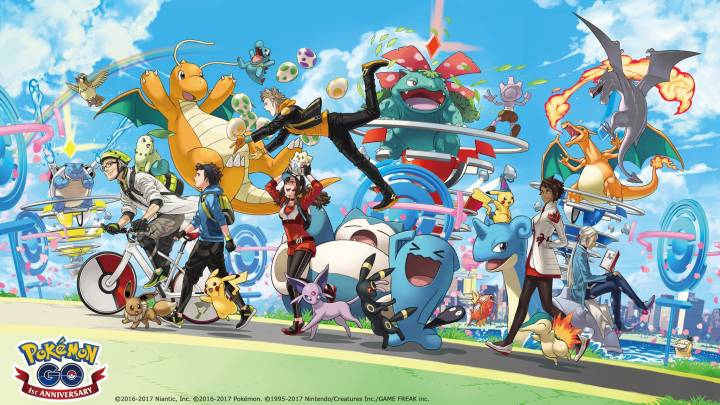 To call the past few days in the world of Pokemon Go chaotic would be an understatement. Pokemon Go Fest was an unmitigated disaster, as players were unable to connect to the game and long lines formed just to leave the event. At the same time, Legendary Pokemon were finally introduced, appearing in the form of Legendary Raid Bosses that have to be defeated before they can be caught.

Even with the excitement of Legendary Pokemon Articuno and Lugia joining the fray, attendees of the Pokemon Go Fest were understandably upset that they had paid for tickets and traveled long distances, in some cases, for what turned out to be a disaster. Niantic did what it could to make things right though, offering all attendees a refund for the ticket price, $100 in PokéCoins and a free Lugia.

In addition to all the refunds and goodies for Go Fest attendees, Niantic also announced on Monday evening that it would be extending the global rewards unlocked with the game for 72 hours:

Trainers, the global rewards unlocked during #PokemonGOFest have been extended 72 hours. They will now end at 5:00 P.M. PDT on July 27.

The global rewards include double Stardust, double Candy, double experience, increased Pokémon encounters, reduced hatching distance for eggs and reduced walking distance to collect Candy for your Buddy Pokemon. If you want to take advantage of these in-game rewards, all you have to do is load up the game and start playing between now and 5:00 PM PT on Thursday, July 27th.

It’s clear that Niantic is disappointed that the inaugural Pokemon Go Fest wasn’t a success, but hopefully it will take what it learned from this event and use that knowledge to make future events even better.