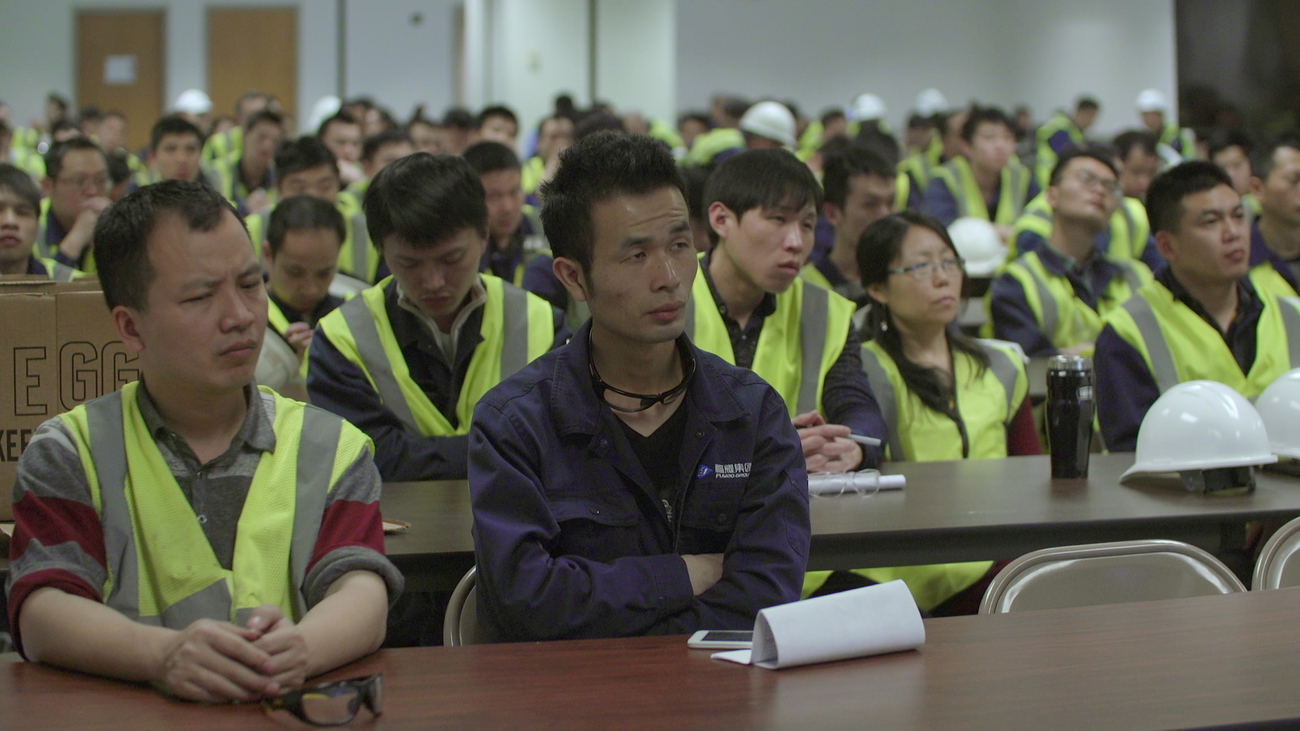 Netflix debuted a new documentary on Wednesday that presents a deeply moving portrait of the ground-level workers at a new factory in post-industrial Ohio. It’s a factory reopened by a Chinese billionaire amid the ruins of a shuttered General Motors plant whose closing hammered the Ohio town around it — as well as the thousands of workers laid-off as a result.

What this new documentary American Factory offers is a look at the lives of 2,000 of those blue-collar workers who take jobs at the new factory under the Chinese owner. The owner brings in some of his Chinese employees to work side-by-side with the Americans, and you see what happens when high-tech, uber-efficient Chinese productivity clashes with working-class America.

My favorite scene is one with a Chinese supervisor explaining to the Chinese workers who’ve temporarily re-located to Ohio how Americans think. They’re all consumerist and love to drive big cars, he explains, and Americans don’t like nuance or complexity — they tell you to your face exactly what they think. You can even make fun of the president and no one will arrest you, he continues, adding that America is a place where self-expression is celebrated, so “let your personality run free.”

Trust us, it’s a surprisingly engrossing film that’s also garnered rave reviews so far. As of the time of this writing, it’s also got a 98% Tomatometer rating on Rotten Tomatoes — and we haven’t even mentioned the most noteworthy aspect of the film yet. This is also the first project to result from the production deal President Obama and the former First Lady signed with Netflix last year that will see the couple, through their production company Higher Ground, produce a mix of series and films for the streamer.

The Obamas’ company scooped up American Factory after its Sundance debut earlier this year — and what’s also interesting about both the movie and what the Obamas are planning for the rest of their Netflix productions is that it’s content that is devoid of a political message (at least an overt political message).

As we mentioned, American Factory is streaming now on Netflix. Watch the Obamas below as they sit down with filmmakers Julia Reichert and Steven Bognar to talk about the documentary — and why the Obamas wanted to put the weight of their production company Higher Ground behind it: