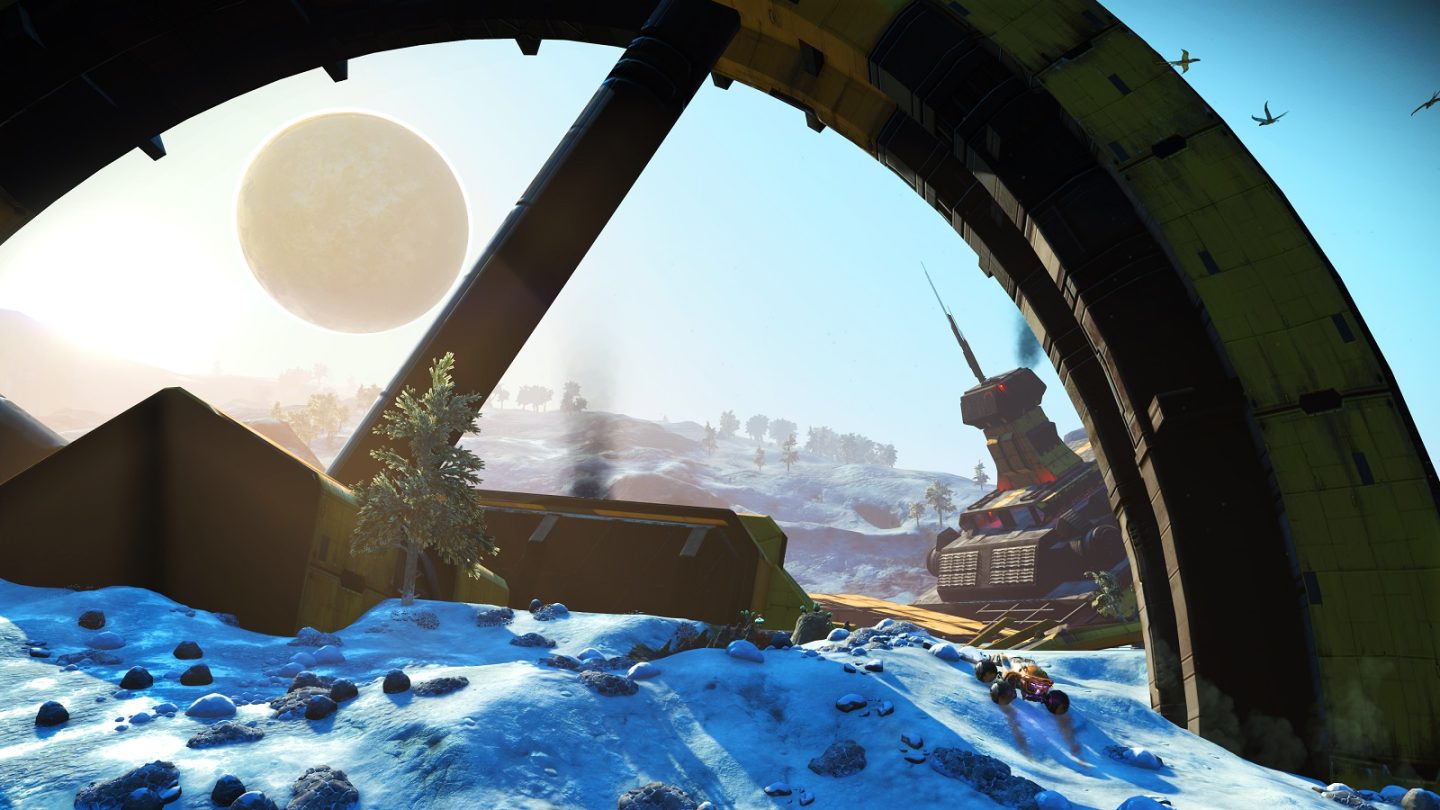 Sean Murray, co-founder and director of Hello Games, announced on Thursday that No Man’s Sky will soon arrive on Xbox One. The game initially launched on PS4 and Windows PC in August 2016, but after nearly two years of console exclusivity, the contentious No Man’s Sky is going to welcome an entirely new audience of gamers.

Murray also took the opportunity to reveal that a new update is in the works for the space survival game. Called Next, the upcoming update is “our biggest update so far,” according to Murray. Though he wouldn’t share any further details about the update, Murray refers to it as the “next step” in the game’s journey, and says it will surprise people when it arrives this summer on all platforms. And like other updates before it, Next will be free.

While Next may be the game’s biggest update, it certainly won’t be the first. Foundation, Pathfinder, and Atlas Rises — the first three major updates — added new modes, base building, farming, new ships, new worlds and dozens of hours of story content. Hello Games has also overhauled the visuals and the UI over the past year and a half.

All of those updates, along with the entire base game, will be included with the Xbox One version at launch. Murray also says that No Man’s Sky on the Xbox One X will support “HDR, 4K, and more.” Hello Games isn’t ready to share any specific dates yet, but the Next update will launch in August of this year.

“We’ve learned a lot over the last few years, faster than we would have liked,” said Murray in an email to press. “I’d love to avoid talking completely and just make things people can play, but we knew this was going to leak anyway, and I think it’s news that should make a lot of folks happy.”