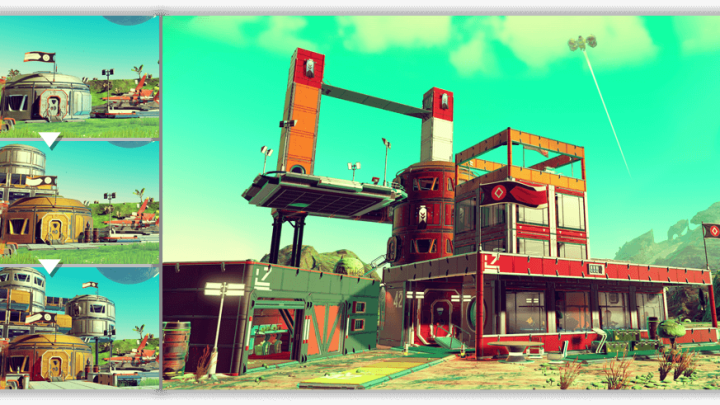 After failing to live up to the unreasonable hype upon release back in August, No Man’s Sky quickly faded from view. Now, nearly four months later, Hello Games has returned with a massive update that it hopes will reignite interest in the sandbox game and lay the foundation for a game that can meet the initial expectations.

For the first two months of the game’s existence, there were several update released for the console and PC versions of the game, bringing bug fixes and patches to the limitless universe. Then the developer went dark, and players feared the worst. With such a negative reaction, had Hello Games given up on No Man’s Sky?

The answer, as it turns out, is no. Instead, the team at Hello Games was hard at work on the Foundation Update — version 1.1 of No Man’s Sky — which brings a metric ton of announced and unannounced new features to the game.

The most substantial addition of the Foundation Update is base building. In the latest version of No Man’s Sky, you can find an uninhabited base, claim it as your own and build it out to your heart’s content. Along with being able to easily add new rooms to your base and decorate it as you please, you can also hire aliens specializing in farming, engineering, weaponry and science to work for you.

Version 1.1 also splits No Man’s Sky into three separate modes. Normal mode is the standard mode that you’ve been played since launch (albeit with all the additions of the Foundation Update); Creative mode gives you unlimited resources and infinite health so that you can explore and build without having to worry about dying; and Survival mode makes the game significantly more challenging.

That might sound like a lot already, but it’s only scratching the surface of what the update brings to No Man’s Sky. You can cultivate crops in your new base, place save points and waypoints anywhere on the map, buy customization freighters that can be called from anywhere in the universe and even stack products.

For more information about the Foundation Update and a full list of patch notes, head to the landing page on the No Man’s Sky website.