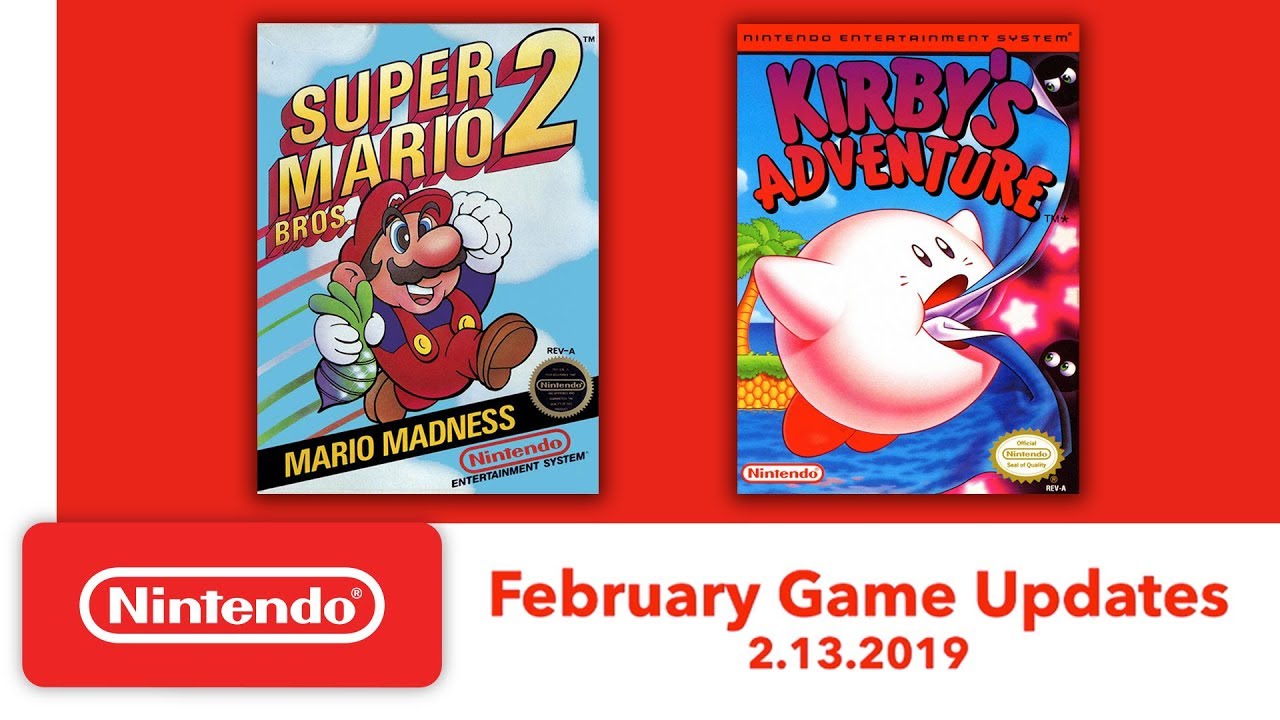 In a disappointing turn of events, Nintendo added just two games to its collection of free NES titles for Switch Online subscribers in January. Every month following the launch of the subscription service last year, Nintendo added three games (along with a few surprises), so we hoped the pace would pick up once again when February rolled around. Sadly, that was not the case, as only two games are scheduled to be added this month.

On Tuesday evening, Nintendo announced that Kirby’s Adventure and Super Mario Bros. 2 would be the next games added to the Nintendo Entertainment System – Nintendo Switch Online collection on February 13th. There will likely be another surprise or two as well (like another couple of SP titles), but only two new games.

That said, it’s hard to deny the quality of the two NES classics being added next week. Kirby’s Adventure is just the second Kirby game of all time, and while the series has made significant strides in the decades since its release, it still holds up as one of the better and more interesting platformers of the NES era. And while Super Mario Bros. 2 might be the black sheep of the NES trilogy, it genuinely differentiates itself from its siblings.