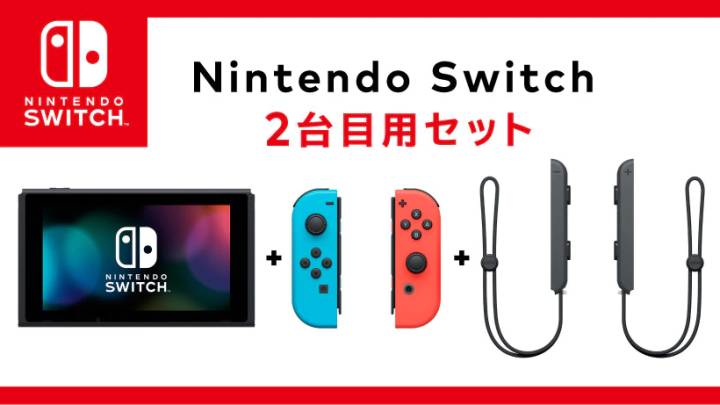 When Nintendo first unveiled the Switch, many potential buyers wondered if the company would eventually separate the console and the dock, allowing consumers to decide whether or not they wanted to hook the Switch up to their TV. After all, every game on the Switch can be played in handheld mode or tabletop mode, so the dock isn’t a necessity. Last week, more than a year after launch, Nintendo finally announced a dockless bundle for Japan.

As you might expect, the new bundle features the Switch console itself, Joy-Con L and R controllers, and two Joy-Con straps. Not only is the dock missing from this bundle, but the USB-C charger is as well, so you’ll have to provide your own power source for the Switch. It sells for 24,980 yen ($229) excluding tax.

The “Nintendo Switch 2nd set” (as it loosely translates) is actually available to purchase right now on Japan’s My Nintendo Store, but when asked about availability in other regions by USgamer, Nintendo confirmed that they “have no plans to release this configuration in the Americas.” That’s not to say that it won’t ever make its way overseas, but you shouldn’t get your hopes up that it will show up in the US Nintendo online store anytime soon.

Considering that Nintendo appears to be framing the dockless bundle as a second, slightly more affordable Switch for those who have multiple people in their home that may want to play, it’s something of a surprise that Nintendo would opt not to bring the same deal to the US. On the other hand, this means that American Switch owners will have no choice but to pay full price for a second Switch if they decide to pick up more than one.