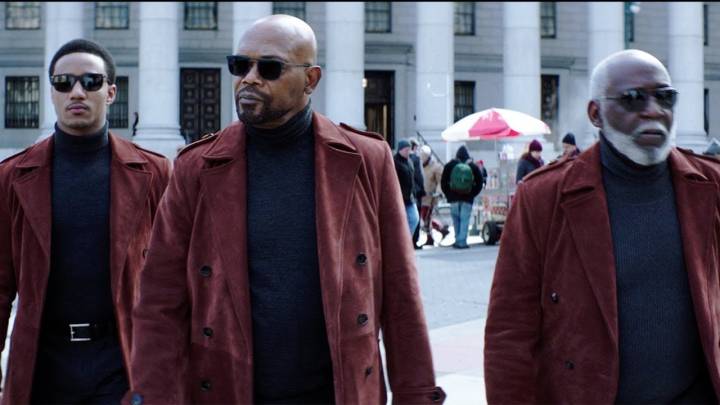 It’s that week of the year where we have a ton of new clips and trailers for you, because many of them were released during Super Bowl LIII. We already showed you all the Super Bowl clips earlier this week, but we’ve got a bunch of additional trailers to top things off.

Things are starting to get interesting in cinemas as well, with several movies set to premiere this week. The Lego Movie 2: The Second Part should be high on your list, and it’ll probably do great at the box office. We also have What Men Want (sequel to What Women Want), and Liam Neeson’s Cold Pursuit. Horror movie The Prodigy is also out this week, as is Netflix’s High Flying Bird — a Steven Soderbergh creation shot on iPhone.

Disney’s live-action Dumbo just got a new international trailer this week, with the movie set to launch on March 29th:

Let’s stay in the animation/kids department for one more trailer — Missing Link — which tells the hopefully hilarious story about the missing link. You’ll soon see exactly what I mean:

It’s apparently time for more Shaft action, with Samuel L. Jackson reprising his private detective role. This time around, Shaft’s kid is involved in the action, along with his dad. The whole family’s here:

The Sun Is Also a Star

Out on May 17th, The Sun Is Also a Star is a love story between two teenagers who just met. He’s the poet who believes in love, and she’s a young woman who’s going through a tough time, with love being the last thing on her mind:

Just like that, we’re back to the animation genre for UglyDolls, a story about all the ugly dolls that get made and thrown out, only to wonder whether there’s a life for them out there. The film is out in May:

Walk. Ride. Rodeo is based on the real-life story of Amberley Snyder, a rodeo barrel racer who wants to keep doing what she loves in spite of being paralyzed after a car crash. The film launches on March 8th on Netflix:

And, once again, here are all the other trailers that aired around or during Super Bowl a few days ago:

Scary Stories to Tell in the Dark