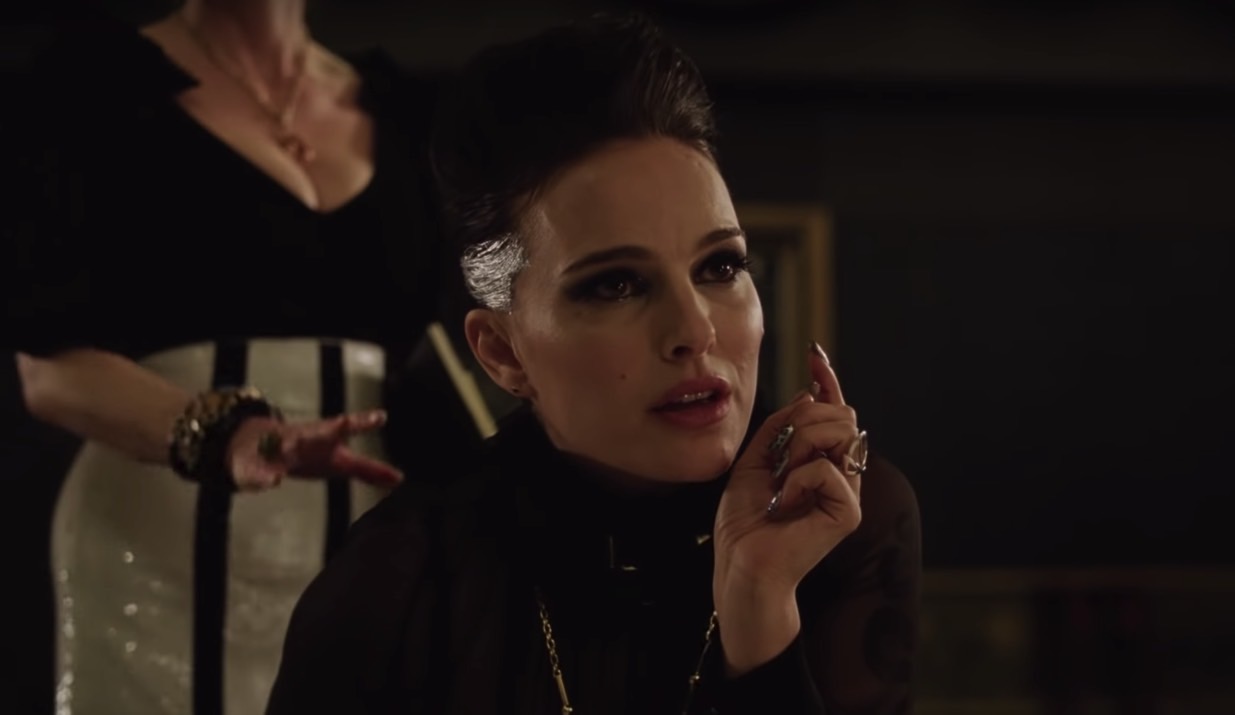 Halloween crushed the box office last week, but forget all about that for a second, as Suspiria is about to launch soon in more markets. As for the new movies launching this week, we’re looking at a new Johnny English adventure, which could be a lot of fun, as well as a submarine story starring Gerard Butler: Hunter Killer. Having binged on The Haunting of Hill House last weekend, I’m a bit behind on new movie releases, so I’ll have some catching up to do. But I’m all up to date with new trailers, of which we have a boatload for you again.

Bird Box is coming to Netflix just before Christmas, a sci-fi story with hints of horror starring Sarah Paulson, Sandra Bullock, and Rosa Salazar. The film is about a woman and a pair of children who have to make their way along a river in a dystopian universe. I don’t know about you, but that’s enough for me to want to watch it. What is it that they’re not allowed to see?

This is the final trailer for Bohemian Rhapsody, the Queen biopic hitting cinemas next week — one that Queen fans are probably excited about. We’ve got Rami Malek playing Freddie Mercury, so that’s one more reason to see it.

Liam Neeson plays a man with a specific set of skills — he’s a snowplow driver — who’s looking to get even with the drug dealers that may have killed his son. The film is out on February 8th.

If you’re familiar with escape room games, you’ll probably like the premise of Escape Room, a film about a group of strangers who need to work together to survive. The thriller opens on January 4th.

How to Train Your Dragon doesn’t need any more introductions… unless you haven’t seen the first movies in the series. You’ve got until February 22nd to catch up. This time around, we’re looking at a love story for Night Fury, who’s just a bit older than in the previous films. And so is his master.

Mary Poppins finally returns to theaters on December 19th, but this time it’s Emily Blunt in charge of all the trickery and singing. Here’s a special look trailer for the new film:

Tiffany Haddish headlines this comedy, a film about a woman who just got out of prison only to find out that her sister has been “dating” a man online who doesn’t seem to be what he says he is.

Chris Pine plays a Scottish king in this Netflix film coming out in early October. Think about it as the story that continues Braveheart. You know, “you have bled with Wallace, now bleed with me.” Robert the Bruce, however, is an actual historical figure, whereas Braveheart is just a legend.

We’re almost there, Ralph fans. The sequel you’ve been waiting for is hitting cinemas on November 21st, and we have a new trailer that will introduce you to a bunch of characters.

Out also on November 21st, The Front Runner is a story based on real events: The 1988 presidential bid of Senator Gary Hart, which was derailed by a love affair. Things used to be different in politics back then. Hugh Jackman plays the politician, with Vera Farmiga playing his wife.

What was that? You want more horror movies? Well, how about The Prodigy, which seems scary enough: A kid’s mom thinks some sort of supernatural phenomenon has occurred. You’ll have to wait until February to watch it in theaters, however.

If you liked A Star is Born, then you’ll probably want to check out Vox Lux as well on December 14th when it launches. Natalie Portman plays a troubled pop star who had a successful early career starting in the late ’90s. She’s now trying to mount a comeback following a scandal that could have ruined her career.