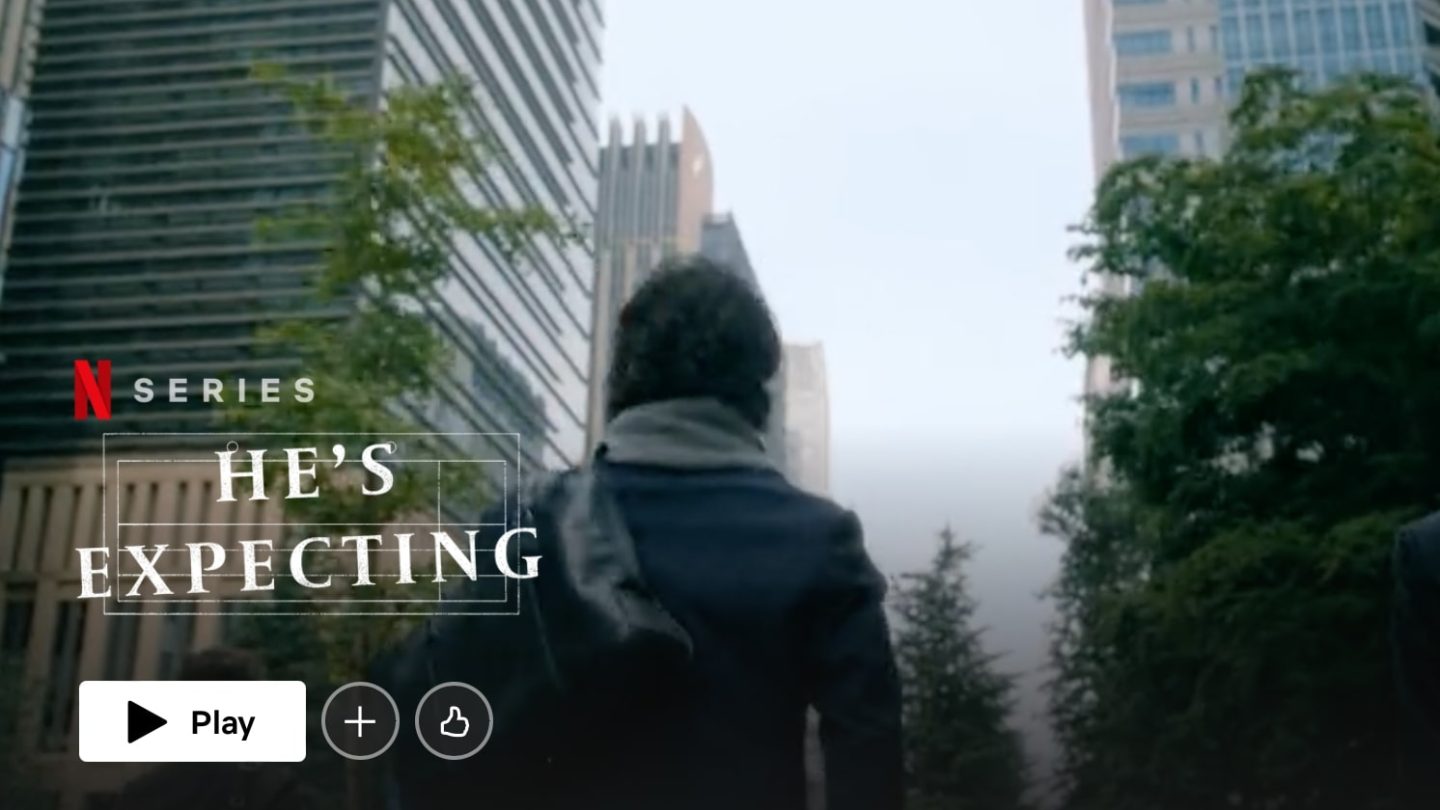 Netflix is becoming excellent “at catering to an audience of no one” with new series like He’s Expecting.

The streamer is creating “a digital Louvre of anti-entertainment.”

“This is an abomination.”

“This is why Netflix’s stock crashed.”

These are just some of the reactions from YouTube commenters in response to a trailer for the new Japanese-language Netflix show He’s Expecting, which deals with an alternative reality wherein men can get pregnant. Exactly the sort of thing you’d expect the internet to immediately want to talk calmly and rationally about, right?

This series, which is based on a manga, is about an elite ad man who gets pregnant. And who finds himself suddenly subject to prejudices against pregnant men, according to Netflix.

The story, Netflix’s official summary continues, “takes place in a world where men can conceive and give birth. Kentaro Hiyama, an elite ad man, suddenly finds out one day that he is pregnant. His partner, Aki Seto, never thought she would become a parent, so the two are at first confused by this unexpected event.

“As a pregnant man, Kentaro will face the scrutiny of the company and society, and will shed light on the hardships experienced by ‘pregnant women.’ Challenged by many problems associated with modern pregnancy and childbirth, the two will have to face reality and make the ultimate decision: To have a baby or not.”

Do you want to take a guess at what this series’ Rotten Tomatoes score is at the moment? If you guessed 18 percent, which is tantamount to a title basically being trash that nobody likes, you are correct.

Importantly, it can’t be ignored that Netflix is releasing oddball shows like He’s Expecting at a time when all of the following are true:

In other Netflix news, meanwhile, one of the streamer’s best-ever original titles says goodbye for good this weekend. Ozark Season 4, Part 2, debuts on the streamer on Friday. Furthermore, Netflix on Wednesday released a summer movie slate jam-packed with titles. So much so, that it reiterates the following: No matter what else changes at the service? The Netflix content conveyor belt isn’t slowing down anytime soon, which is why we keep getting new titles like He’s Expecting.

“Whether you’re craving full-throttle action films (The Gray Man, The Takedown, Interceptor, Day Shift, The Man From Toronto, Carter) or looking to turn up the heat with a summer of love (Love & Gelato, Persuasion, Love in the Villa, Purple Hearts, Wedding Season), the upcoming months are guaranteed to deliver the perfect pick for your summertime movie nights,” the streamer said in a news release.

“If you find yourself in search of all the feels, let grit and determination inspire you with Halftime and Hustle or come of age with Along for the Ride and Hello, Goodbye, And Everything In Between. Planning a family movie night? The Sea Beast, 13: The Musical and Rise of the Teenage Mutant Ninja Turtles: The Movie will entertain all ages.”