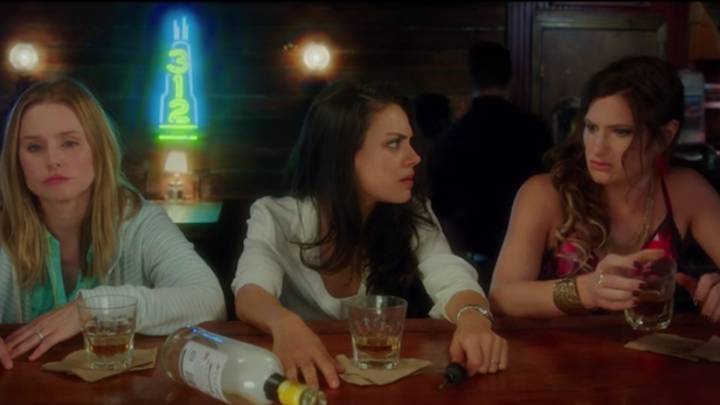 You know what day is today, right? It’s Captain America: Civil War day, at least in North America. The movie raked in more than $200 million during its international rollout last week, and it will likely crush the U.S. box office this weekend. But that doesn’t mean we don’t have plenty of other exciting new trailers to check out this week.

What if The Hangover wasn’t a movie about a bunch of wild-and-crazy guys but about a bunch of moms who decided to go on a bender? Well, the writers who came up with The Hangover apparently asked themselves these questions as well. Bad Moms is their answer. The movie comes out July 29th, featuring Mila Kunis, Kristen Bell, Kathryn Hahn, Jada Pinkett Smith, and Christina Applegate.

No, Captain Fantastic isn’t a new Marvel or DC Comics movie. It’s actually a new drama coming out in early July. Captain Fantastic tells the story of a father who’s looking to raise his kids under a particularly strict set of rules. And he wants to raise them in the wild. But will they be ready for the real world? Viggo Mortensen is the dad, with George MacKay, Samantha Isler, Steve Zahn, and Frank Langella also starring.

Time to check out Me Before You trailer, a new drama hitting cinemas on June 3rd. You’ve seen the protagonists in completely different types of movies so far, but Emilia Clarke (Game of Thrones) and Sam Claflin (The Hunger Games) pair up for what looks like a totally heartbreaking love story.

Opening on July 8th, Men Go To Battle is a movie about brothers fighting in the American Civil War. But what makes it spectacular is that we’re not looking at a big-budget drama here. This dark comedy was shot with such limited resources, that to film the battle scenes the producers actually crashed a Civil War reenactment.

Isn’t it ironic to see Daniel Radcliffe star in a movie about magic that’s not included in the Harry Potter universe? Even so, Now You See Me 2 should be on your radar on June 10th when it launches, as it brings back the same crew of magically-gifted crooks from the first movie, including Jesse Eisenberg, Woody Harrelson, Dave Franco, Mark Ruffalo, and Michael Caine.

Leonardo. Donatello. Raphael. Michelangelo. Oh, and April. That’s all you need to know. The sequel of the new Teenage Mutant Ninja Turtles has a new trailer, check out below.

In The Shallows, Blake Lively is a daring surfer stranded 200 yards from shore in the middle of the feeding grounds of a great white shark. And the shark looks incredibly scary. The Shallows comes out June 29th.