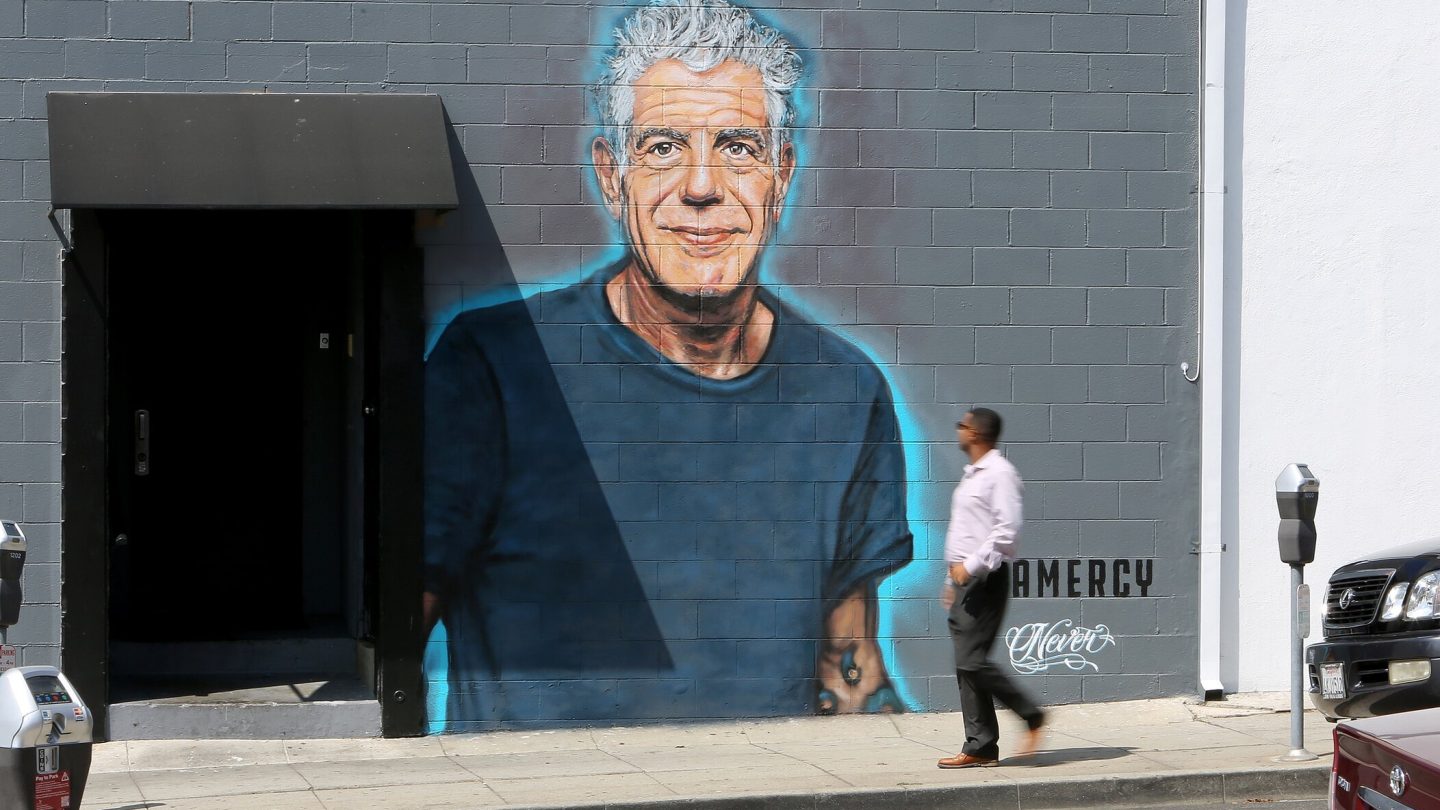 Deepfake technology continues to get scarily good, making huge leaps forward in terms of realism and plausibility. A really good (and high-profile) example of this advancement came earlier this year, when a massively viral TikTok video seemed to show footage of Tom Cruise. In reality, it was an actor digitally superimposing the actor’s face onto his own. And it was so good that it reportedly struck fear even among some officials in Washington DC. Their fear apparently being that this technology is way too far along for comfort. And, on a related note, that brings us now to Roadrunner, an Anthony Bourdain documentary arriving in US theaters on Friday.

It, too, has an element of deepfakery in it.

Roadrunner: A Film About Anthony Bourdain opens in US theaters on Friday, July 16. The film uses archival footage, show outtakes, and narration from Bourdain himself (recorded prior to his death by suicide in 2018) to tell the story of the celebrity chef and author.

The documentary, however, has garnered a slew of headlines ahead of its US release. For reasons that have more to do with director Morgan Neville than they do with Bourdain himself.

See, Bourdain’s voice can be heard providing narration throughout the film. Because he’s no longer with us and able to actually contribute to a project like this, however, the director had to resort to a little bit of a cheat in order to insert some specific snippets of Bourdain dialogue that he wanted.

In short: Some of the audio that you hear in the trailer above, and in certain points of the movie? Bourdain never actually uttered those words. Artificial intelligence helped replicate Bourdain’s voice, with the finished result being what you actually hear. Want to see if you can spot the deepfaked Bourdain voice in the trailer above? Because it’s definitely there. (If you want a hint, it’s about halfway through the trailer. More specifically, it’s the first words you hear from Bourdain after the 1:30 mark.)

We’re used to deepfakery by now — but in a documentary?

Some of the deepfake news we’ve reported on in the past basically falls into the category of fun and games. Of meaningless technology shenanigans One of my all-time favorite deepfake clips along these lines that had me laughing right away is this bit of old Star Trek footage that someone edited Jeff Bezos and Elon Musk into.

With something like the Anthony Bourdain documentary, though, that’s something altogether different. There’s an expectation of veracity here. True, documentary shows and movies often have actors re-enact sequences. Such that the viewer knows they’re not seeing the event happening in real-time. But those sequences don’t hoodwink the viewer, the same way that slotting in an AI-created piece of narration might.

Then again, if Neville intended to trick people, he’s done a poor job of it. Because, well, he’s actually been talking about and confirming this bit of directorial license that he took on the project. Plus, he’s twisted recorded snippets of Bourdain’s voice in order to present Bourdain reading his own words. Words that the chef actually wrote during his life (for which Neville could find no actual recordings of).

“If you watch the film, other than that line you mentioned, you probably don’t know what the other lines are that were spoken by the AI, and you’re not going to know,” Neville told The New Yorker. “We can have a documentary-ethics panel about it later.” In a separate interview with GQ, he said Bourdain’s family told him “Tony would have been cool with that.” And, “I was just trying to make (the quotes) come alive.”