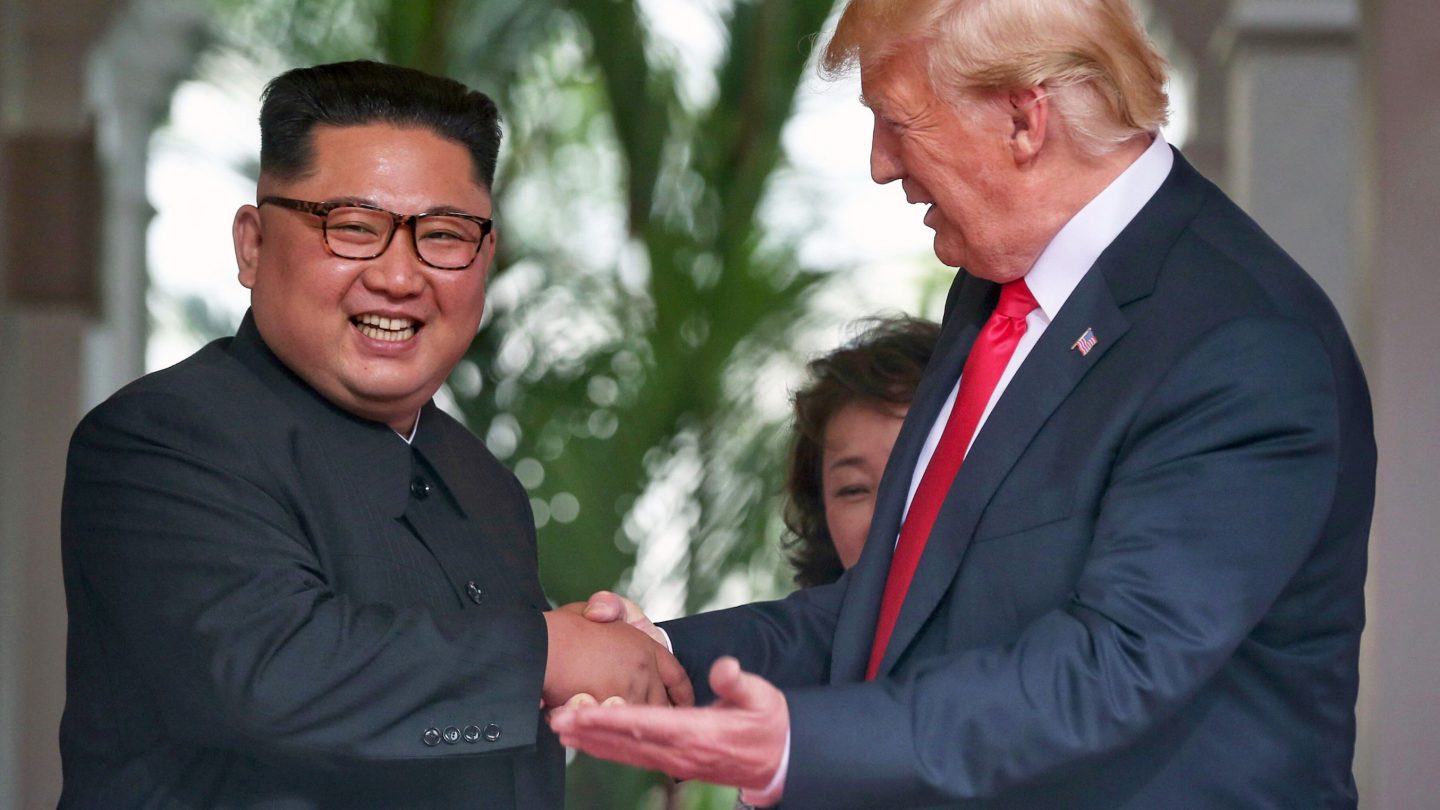 It was something like a week ago when the Internet practically melted down over the disturbingly lifelike deepfakes of Tom Cruise that have been all over TikTok and other social media services. Now here we are, mere days removed, with yet another creator — in this case, an app, instead of a TikToker — showing us how far the deepfake technology come, and what frightening implications loom on the horizon.

In this new case, the technology is being used for mostly comedic effect. The app is Wombo AI, basically a deepfake app that takes a photograph of anyone and turns it into an AI-powered lip-synching star. And when we say anyone, we mean anyone. From grandma to North Korean dictator Kim Jong-un, an image of whom you can see below having been put through the Wombo system to produce what seems to be a pretty realistic-looking version of the strongman lip-synching to Gloria Gaynor’s 1978 hit song I Will Survive. And that’s pretty much the point of this app. It’s meant for the user to have a bit of fun with, which makes sense when you consider that Wombo CEO Ben-Zion Benkhin told The Verge he came up with the idea for the app “while smoking a joint with my roommate on the roof.” He certainly hit on something though, as the app has been downloaded more than 2 million times from Apple’s App Store as well as the Google Play Store.

The effect below is … well, you can see for yourself that it’s pretty freaky. But Wombo is arguably not going to lead to the same degree of hand-wringing that the Tom Cruise TikToks did, because as Benkhin explained it in the recent interview, the clips produced by his app look “realistic” but not “real.” Unlike the slick Tom Cruise lookalike clips that quickly went viral in recent weeks, which you had to look really, really closely at to spot the oddities like the quirks, weird shadows and items disappearing for a brief second which prove the trickery involved.

This clip of Kim Jong-un singing a disco hit won’t freak anybody out, though it does look pretty good (thanks to the human actor who was used to produce the facial expressions, which the dictator’s face is just superimposed on top of) —

The Wombo app will work with anything that remotely looks like a face, which includes everything from paintings to video game characters from titles like Fallout: New Vegas and League of Legends.

Hopefully, North Korea’s leader has a bit more of a sense of humor in response to his being deepfaked singing a cheesy song than he did to the Seth Rogen movie that led to the hack of Sony. That’s said with tongue only slightly in cheek, given that security experts are increasingly worried about the ramifications of deepfakes and video forgeries. Henry Farid, a professor at the University of California-Berkeley, said in a recent interview that you could use this kind of technology to make a fake video of Amazon CEO Jeff Bezos talking negatively about Amazon’s earnings, for example, and watch the stock price of the company fall before the video could be proven to be fake.

Some of the most memorable deepfakes we’ve written about in the past have included Bezos as a Star Trek alien with a massive head; Bill Hader’s face morphing into Tom Cruise’s during a fantastic impression; and Sylvester Stallone getting deepfaked into a Home Alone clip. At this point, all of it proves at least two things: Seeing definitely should not lead to believing, at least not automatically anymore. And the future is going to be so, so strange.