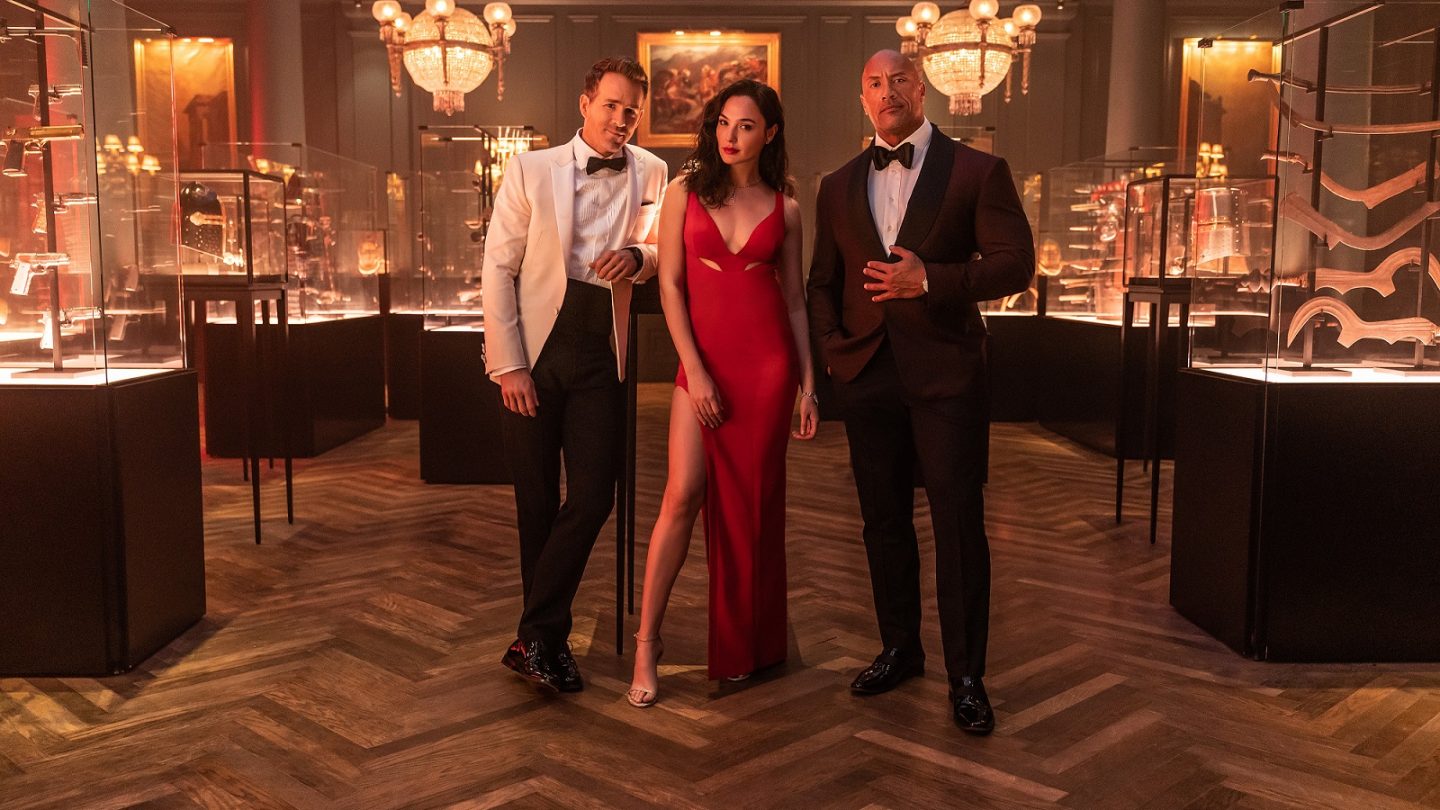 While Netflix’s most popular show is full of unfamiliar faces, the same can’t be said of its biggest movie. Last year, Red Notice quickly became the streaming service’s most-watched movie of all time. With Dwayne Johnson, Ryan Reynolds, and Gal Gadot in starring roles, its success was all but assured. As such, it’s no real surprise that Netflix wants to bring the trio back for a sequel. In fact, according to Deadline, Netflix is planning on shooting two Red Notice sequels back to back.

Red Notice sequels are in the works at Netflix

Rawson Marshall Thurber, who wrote and directed the original Red Notice for Netflix, has reportedly already started writing the sequels. Beyond bringing back Johnson, Reynolds, and Gadot, the sequels will add more characters for future adventures. Sources believe that Netflix wants to build out its own Ocean’s Eleven-style franchise. This suggests that more big stars will appear in future films.

As Deadline notes, back-to-back shoots have become increasingly common in the world of franchise filmmaking. Big studios have employed consecutive shoots for series such as The Hunger Games and Pirates of the Caribbean. Disney did as well for Avengers: Infinity War and Avengers: Endgame. Director James Cameron is shooting his Avatar sequels this way too.

Deadline’s sources say that Netflix wants to begin shooting the Red Notice sequels in early 2023. This may change depending on the schedules of the three stars, all of whom are as busy as any actors in Hollywood. If everything goes accordingly, we might see Red Notice 2 by late 2023.

How did the original movie perform?

Red Notice is, to put it bluntly, a big dumb action movie. It’s full of tropes, the story is nonsensical, and it unashamedly leans on the star power of its leads to keep you invested. Critics despised it, awarding it with an abysmal 37% score on Rotten Tomatoes.

Meanwhile, audiences clearly adored it. The audience score is currently sitting at 92%, making it one of the largest gaps between critic and audience score on the site. And then there is the little fact that Netflix subscribers spent over 364 million hours watching Red Notice in its first 28 days on the service. It’s bigger than Bird Box, bigger than Extraction, and bigger than Don’t Look Up.

Personally, I thought it was plenty of fun, and all three stars seemed to be having a blast. Ryan Reynolds and Dwayne Johnson play well off of each other, and Gal Gadot is a great foil for the two. The ending leaves the door wide open for a sequel, and the movie’s unprecedented success made that sequel inevitable. Netflix knows that it has something valuable on its hands.

Thurber (Dodgeball, We’re the Millers, Central Intelligence) knows how to balance action and comedy, and now he has a chance to improve upon the formula with two Red Notice sequels. In the meantime, he’s been tapped to direct a film adaptation of the game series The Division, also for Netflix.