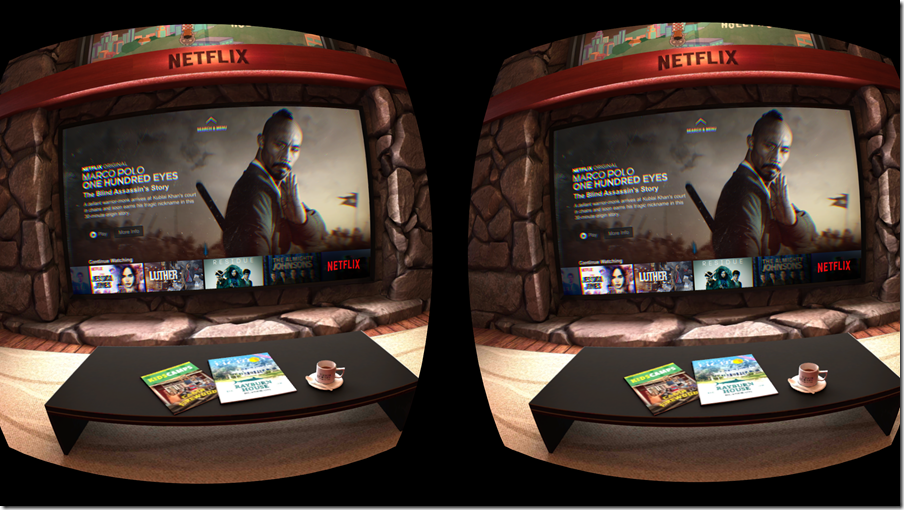 When you think of virtual reality content, gaming is usually the first subject that comes to mind. From Oculus Rift to HTC Vive to PlayStation VR, gaming has quickly become the primary form of VR entertainment.

But that might not be the case for much longer.

DON’T MISS: Netflix on iPhone is about to get a lot better

Speaking with TrustedReviews at Mobile World Congress 2016 earlier this week, Netflix VP of Product Innovation, Chris Jaffe, revealed that the company is looking into 360-degree video for its streaming service.

“Right now, with virtual reality, we think virtual reality has a great place in gaming, and we’ve very interested in where it could go in storytelling,” Jaffe told the publication. “We’re tracking where that goes.”

As TrustedReviews notes, Netflix has already established a presence in the world of VR with an official app for the Samsung Gear VR. The content is 2D, but it puts you inside of a 3D environment to watch movies and shows.

“We launched in September or October last year something for the Samsung Oculus Gear experience,” Jaffe said. “You actually have this kind of app being rendered inside a 360 experience.”

It’s a neat distraction, but the idea of experiencing full 360-degree movies in the coming years is something worth getting excited about. Providing the hardware catches on, Netflix could be in prime position to be one of the first online VR content providers. In the meantime, we’ll see how the gaming industry adapts to VR.