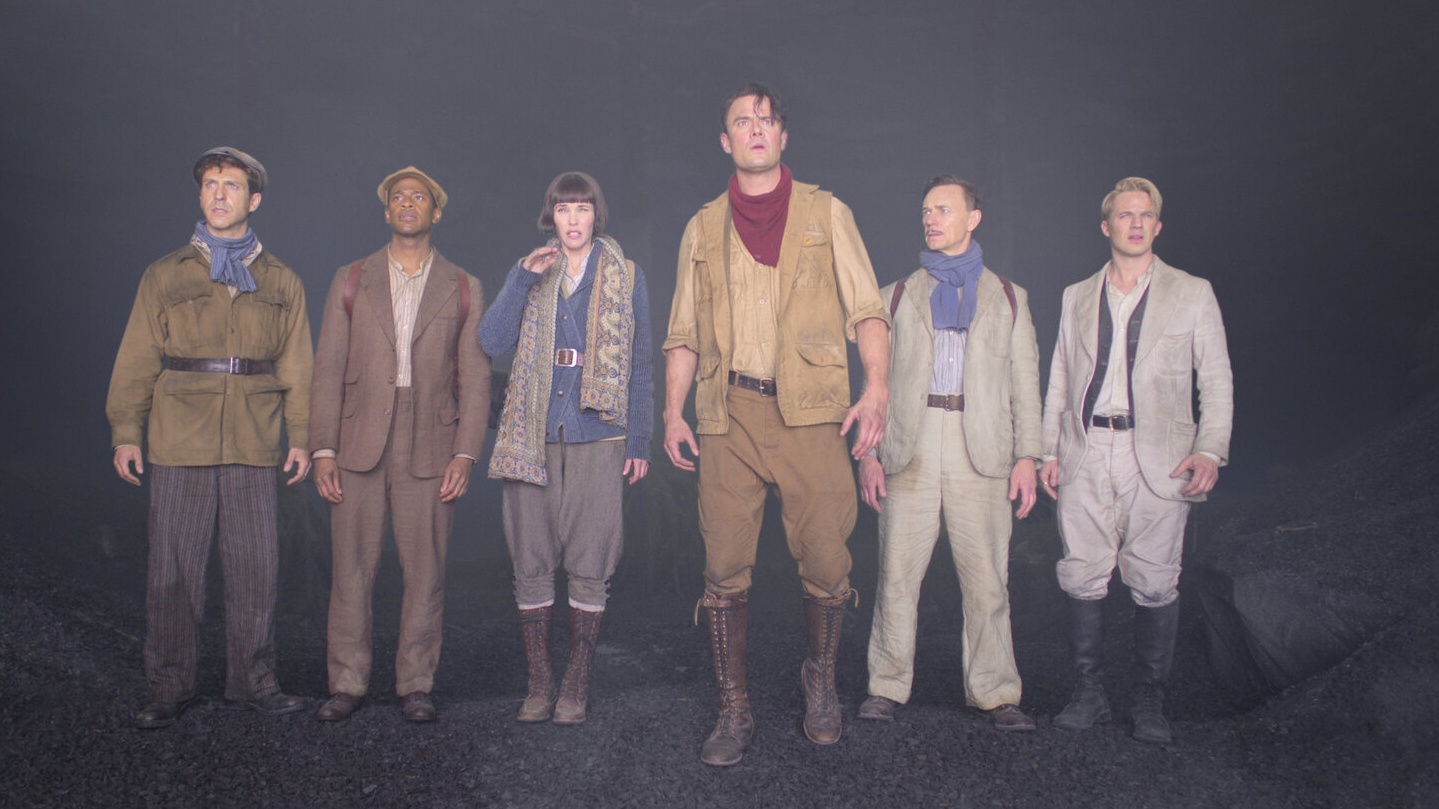 The opening moments of Netflix’s new superhero drama series Jupiter’s Legacy — which was among the most-watched TV shows this past week on all the major streaming platforms — present a pastoral scene of idyllic charm. The camera swoops in high and languidly, eventually settling on a group of kids playing a game of chase. “I got you!” “I’m more powerful than you!” “Ha, you missed!” “No. I. Didn’t!” And then the big reveal, the cute youngster we see insisting in vain that she won at the game they were playing proceeds to let out a piercing, supersonic scream, which knocks both boys flat on their back.

Oh hello, it’s a young superhero. I didn’t see you there. Now her eyes are blazing red, and — wait, what’s this? We then see two large red Superman-style boots land on the ground with a thud. The camera pans up, past the flowing red cape to reveal … now it makes sense. The father superhero. And pretty quickly, all is revealed. Yes, go and groan if you want, this is the umpteenth superhero story you’ve seen on Netflix, or in cinemas for that matter, but Jupiter’s Legacy also attempts something a little different.

This is not some cheap, superficial attempt by Netflix to launch a superhero universe of its own, a la Marvel. Not that there’s anything wrong with that, it’s just that this adaptation of the comic book series written by Mark Millar and drawn by Frank Quitely (both of whom are listed as executive producers of the series) is also about the family dynamics inherent in a first generation of superheroes aging out of their roles and needing to look to their children to continue their legacy.

The official description from Netflix about this 8-episode series that debuted on May 7 continues: “But tensions rise as the young superheroes, hungry to prove their worth, struggle to live up to their parents’ legendary public reputations — and exacting personal standards. Based on the graphic novels by Mark Millar and Frank Quitely, Jupiter’s Legacy is an epic superhero drama that spans decades and navigates the complex dynamics of family, power, and loyalty.”

Based on the latest data from the streaming search engine service Reelgood, which each week shares with BGR a snapshot of what its millions of users are streaming across all the major services at any given point in time, Jupiter’s Legacy was the most-watched show across all the major platforms, between May 5-11. However, as is often the case with high-profile new streaming launches, reaction to this new Netflix title has been, well, pretty divided.

Consider this sampling from social media:

Jupiter’s legacy kinda trash but for some reason I can’t stop watching it pic.twitter.com/yBPFx3RPkU

Did I just watch all 8 episodes of #JupitersLegacy in one day? Yes!

Do I regret it? Not at all! pic.twitter.com/FmsAN95Tax

I watched the 3 shows that are new spins on superheroes here is my ranking
1st: The Boys – excellent, chaos, v good

3rd: Invincible – predictable, art style is kind of bland but yeah not bad

And as a further indication of the somewhat split reaction to the series, check out the wide disparity in scores that the show has garnered on the review aggregation site Rotten Tomatoes. For the average audience score, the show is sitting at 74% as of the time of this writing. Not too shabby. However, the average critics score? An extremely dismal 38%. I say it’s worth giving a try anyway, though, if you’re in need of some new streaming content to check out, on the strength of this comment alone that Millar gave to The Guardian. Jupiter’s Legacy, in his mind, tackles this big question: “Is it ethically correct, if you have the power to save the world, to stand back and do nothing?”

Meantime, if you want some additional suggestions beyond that to add to your streaming watch list, below, you’ll find the full Top 10 list for this week, which is comprised of the most-watched shows right now across all the major streaming services, including Disney+, HBO, and +, among others (courtesy of Reelgood).