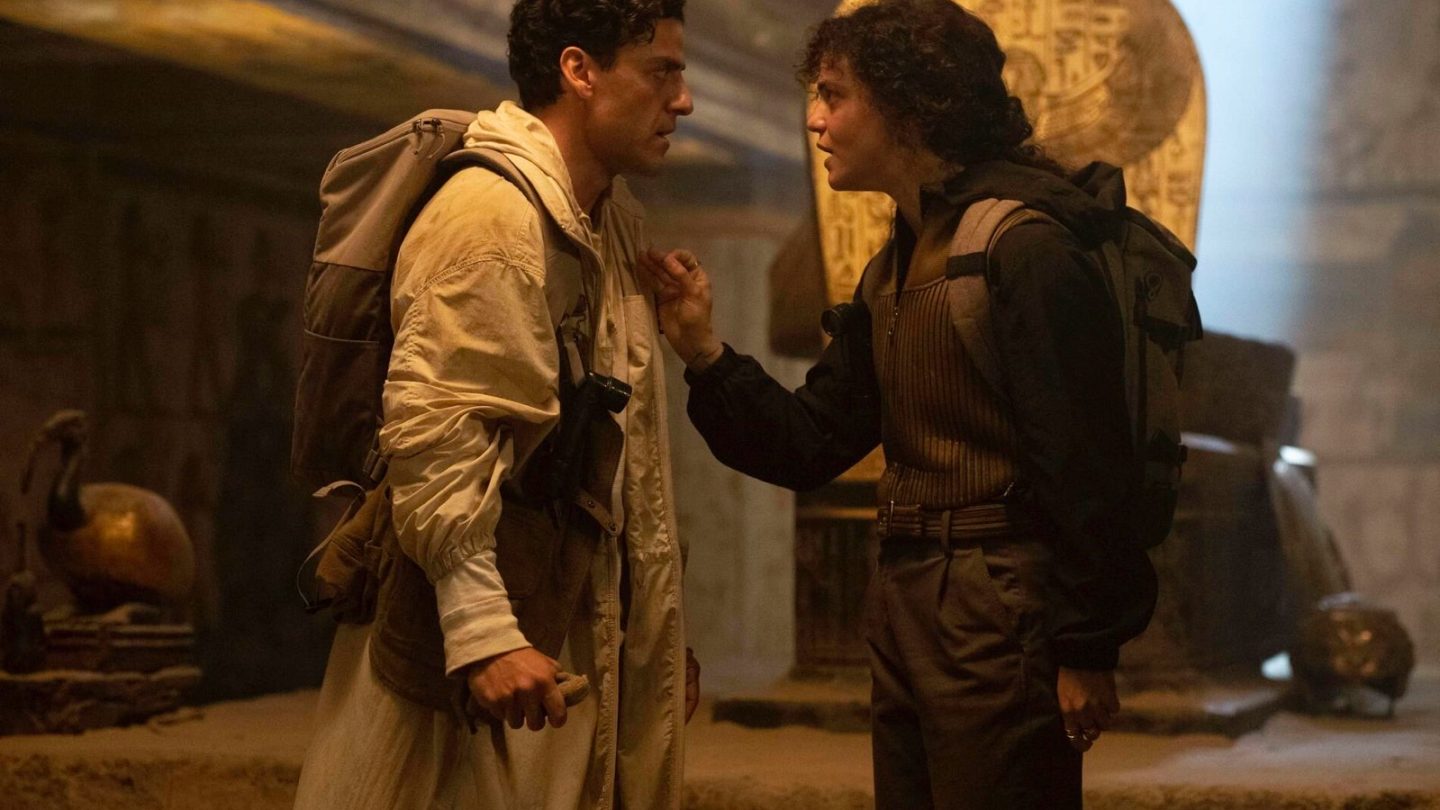 Moon Knight episode 4 delivered a mind-blowing development and an even more surprising cliffhanger last week, but episode 5 is even better and weirder. It’s also easily the best episode in the entire season so far, setting us up for a busy finale that will have to tie up all of the loose ends.

Oscar Isaac’s performance in episode 5 is the highlight of the episode. And if he hasn’t inked a contract with Marvel until now, Kevin Feige should get his signature ASAP. Episode 5 will make you want to see more of Isaac in the MCU. And yes, Moon Knight episode 5 delivers another brilliant MCU connection. It’s also the most puzzling MCU link, one that we’ll have to address.

Before you read on, make sure you see every Moon Knight episode streaming on Disney Plus. If not, you should know that a few big spoilers will follow below.

Episode 5 picks up right where episode 4 left off. We get to see the hippo in action., and it’s something to behold. We’re looking at a powerful yet clumsy Egyptian goddess called Taweret. She’s here to guide Steven and Marc in an afterlife experience following their death in episode 4. Because yes, without the Moon Knight powers, Steven and Marc were shot and killed at the end of the previous episode.

But Taweret isn’t the scary Egyptian god you expect. She’s playful and excited, and the way she wiggles those ears is terrific. It’s just the kind of character that Steven and Marc need to guide them to what’s coming next.

The hippo in Moon Knight episode 5

With her help, Steven and Marc finally start communicating with each other. They discover they have to work together to hope to be resurrected. And we find out the real story. The asylum is fake; it’s how Marc’s mind processes this afterlife journey. But it’s still a valuable tool to help us understand what happened to the character before he became Moon Knight.

Episode 5 seems to make it clear that Marc is the primary identity, as we had suspected. Steven is someone he made up as a child to cope with a series of traumatic events. Steven resurfaced brutally when Marc’s mother died a couple of months before the current circumstances.

That’s when Marc and Steven started sharing control over the body. And the episode also implies that everything we saw before was real, including the mind-bending plot holes in episode 3.

What happens in episode 5 has nothing to do with the rest of the MCU. The recent events involving superheroes like the Avengers do not come up in conversation, not that we ever expected them to. But Moon Knight episode 5 does have an amazing MCU Easter egg that drops very early.

“An afterlife. Not the afterlife,” Taweret corrects Marc. “You’d be surprised how many intersectional planes of untethered consciousness exist,” she says. Right there, Marvel just tackled the question many MCU fans will have. Is the afterlife possible? Because if it is, then there’s hope for everyone who died in the MCU so far.

Let’s remember that Black Widow (Scarlett Johansson) and Iron Man (Robert Downey Jr.) died in the MCU. That’s in addition to other MCU characters who have perished so far.

But it’s not so simple, and Marvel suggests that through Taweret. The hippo gasps with excitement after mentioning the “planes of untethered consciousness.”

Just like that, Taweret connected the Ancient Egypt afterlife experience to the Ancestral Plane that Black Panther characters visit in Wakanda. Or better said, that’s where the dead Black Panthers live, while the following generations go there for guidance.

In other words, episode 5 told us that there are multiple afterlife experiences that beings experience differently. And it did it while tying Moon Knight to the MCU with this Wakanda reference. Then again, it’s all happening in Marc’s mind just as he’s experiencing death. And we know that Steven has been studying Wakanda. So maybe not everything is real.

Assuming that Marc is experiencing an actual afterlife journey, I can’t but notice a few plot issues. How is it that Marc got the Duat experience instead of a different one? The connection to Khonshu could explain that link. But in such a case, Marvel will have to figure out a decent answer that accounts for other afterlife experiences.

Also, the hippo does offer a somewhat conflicting view about the Duat. If you fail to balance your heart by the end of the journey, you end up a prisoner in the Duat forever, alongside many other dead who are frozen in the desert. If you balance the scales, you reach the Field of Reeds or paradise.

But not that many people get to meet her. Taweret hasn’t done this soul-guiding stuff in a while because she needs information cards to explain everything to Marc and Steven. That’s just hilarious. Then, she worries she might hurt them as she extracts their hearts from their chests.

On the other hand, there are plenty of dead souls in the desert, which implies that she has been guiding people to the other side.

This brings us to the obvious question that Marvel has to answer at some point in the future. If the afterlife experience in Moon Knight episode 5 is real, then who decides which afterlife plane you visit after death. Marc and Steven ended up here because of their connection to Khonshu. Meanwhile, Black Panthers go to the Ancestral Plane while under the influence of a plant.

But Ammit is sending some souls directly to Duet during the episode, now that Arthur (Ethan Hawke) must have freed her. Why can she bypass Taweret? Also, why are Marc’s victims in this afterlife and not a different one?

Where is Iron Man?

Even Thanos (Josh Brolin) visited some sort of untethered conscious plane after his first snap in Infinity War. Marvel shot a similar scene for Tony Stark’s snap in Endgame but it never made it into the final cut. In the same line of thought, where would Tony’s mind have wondered in the afterlife?

On the same note, Moon Knight episode 5 also shows how Khonshu chose Marc as his avatar. The episode implies these Egyptian gods are multidimensional beings that can occupy different planes of existence at the same time. Khonshu is on Earth as a ghost-like entity, even without an Avatar. How is that possible? And why does he do it?

And how is it possible for Taweret to know how beautiful the Ancestral Plane in Black Panther is? Can these god beings just visit afterlife planes with ease? Is it as easy as being a ghost on Earth?

Magic, which is a form of science, could explain it all in the future. It could explain the afterlife as just another form of reality that’s accessible only to the mind and only after death. And magic (science) might allow the Egyptian gods to roam the planet invisibly while taking over Avatars when requiring a corporeal presence.

Come to think of it, is the Void in Loki also an afterlife-like plane of existence?

Whatever the case, Moon Knight episode 5 certainly raised the stakes. It’ll be interesting to see where it all goes next week when the finale airs. And how important these afterlife experiences will be in the MCU beyond this TV show.