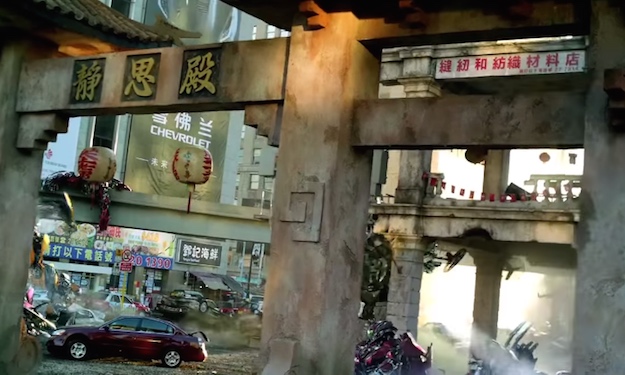 Michael Bay has a long and storied Hollywood career as both a director and a producer. Over the last two decades, Bay has had a hand in some of the biggest movie blockbusters, including The Rock, Armageddon, and of course, four forgettable Transformers movies.

As anyone familiar with Bay’s resume can attest, films directed by Bay typically tend to feature outlandish explosions, crazy non-stop action, and a jaw-dropping amount of resulting property damage, all thanks to the magic of CGI, of course.

DON’T MISS: Does the iPhone 7 have any competition anymore?

Recently, a Quora thread embarked on a quest to figure out just how much damage (in terms of overall dollars and cents) Michael Bay’s films would have caused if they were real. Heeding the call, Kynan Eng stepped up to the plate and delivered an incredibly detailed answer that covers all of the financial ins and outs from Bay’s biggest Hollywood blockbusters.

According to Eng, all of the damage in Bay’s films, if they happened in real life, would add up to $1.3 trillion. Interestingly enough, the film with the biggest liability with respect to damage is Armageddon, the 1998 film starring Bruce Willis, Ben Affleck and a number of other A-listers.

Armageddon alone, Eng writes, would result in a $1.1 trillion hit, primarily due to  meteorites completely demolishing the cities of Paris and Shanghai.

Shanghai – the level of destruction is unclear, as Shanghai is depicted at night as a small fishing village in the movie. Its 2016 GDP is around $400B, with a much higher total value – but this is of course much higher than what it was in 1998 due to explosive growth of the city as a whole. As a wild guess, I will estimate the value of Shanghai as around $150B in 1998.

Following far behind in second place is Transformers: Dark of the Moon which Eng estimates would result in $105 billion worth of real world damage.

What makes Eng’s write-up so engaging is that he provides a detailed analysis behind his estimates. If you’re an action movie aficionado, you’ll definitely get a kick out of reading the list in its entirety via the source link below.