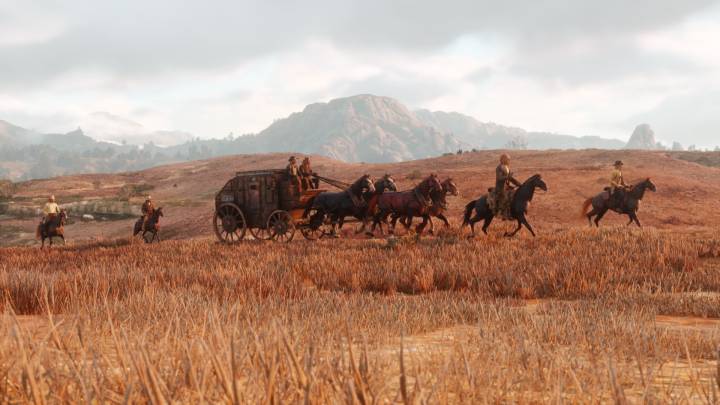 Nearly a year ago, we saw the first trailer for Red Dead Redemption 2. It didn’t tell us much about the game other than that it would look absolutely stunning. At the same time, Rockstar Games announced that the game would come out in fall 2017, but that was later adjusted to spring 2018 a few months later.

Now, following months of silence, Rockstar returned on Thursday morning with a second official trailer for the game, filling in the blanks in regards to the story of the sequel to one of 2010’s best games.

“Watch the all-new trailer for Red Dead Redemption 2, the story of outlaw Arthur Morgan and the Van der Linde gang as they rob, fight and steal their way across the vast and rugged heart of America in order to survive,” the description reads. “Coming Spring 2018 to PlayStation 4 and Xbox One systems.”

While the first trailer was more about the atmosphere, the second trailer is focused on the story, which looks to be the polar opposite of the original Red Dead Redemption. Redemption followed John Marston, a former outlaw who had since turned his life around, but the sequel appears to immerse the player in the world of criminals.

It’s hard to get a grasp of the plot with this smattering of scenes from the game, but it’s clear that Redemption 2 will be the best looking Rockstar game to date. The facial animations are significantly improved, even over Grand Theft Auto V, and the environments look stunning. Unfortunately, Rockstar didn’t release any more details, so all we have to go on is what we’ve seen in the two trailers.

Red Dead Redemption 2 will be out on PS4 and Xbox One next spring.