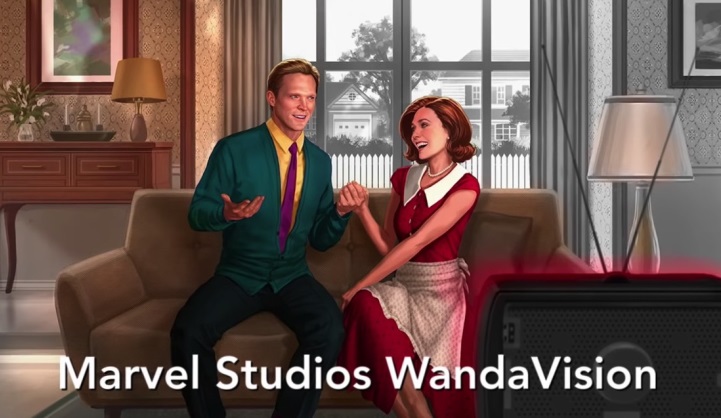 Disney’s streaming service is off to a great start, with more than ten million users having already subscribed to the service. The Mandalorian is easily the most exciting piece of original content to debut on Disney+ so far, and we already know that a second season is slated for this fall.

But that’s not the only new piece of content hitting Disney+ this year, and the studio just released a teaser that tells us what to expect in the coming months. What’s most interesting is that that the clip mentions an original MCU Phase 4 TV series that was originally set to launch in 2021.

The clip at the end of this post reveals some of the titles that Disney+ subscribers will get this year, without listing any actual release dates. However, there are still a bunch of exciting launches, including Marvel’s MCU Phase 4 TV series The Falcon and the Winter Soldier and WandaVision. Interestingly enough, the latter was supposed to launch in spring 2021, but will apparently launch it a lot sooner than that.

As we’ve already stated more than once, The Falcon and the Winter Soldier is coming in fall 2020, which is the show’s original release timeframe, as announced back at Comic-Con 2019. At the same event, however, Marvel said that WandaVision would drop in spring 2021 (see tweet below), alongside Loki. Both TV series, Marvel later said, would tie into Doctor Strange and the Multiverse of Madness, which has a May 2021 launch date.

It’s unclear what prompted the release date change for WandaVision, but we already saw a huge leak from the set, as the series is already shooting, which means it could very well be ready for a 2020 launch.

Marvel has yet to announce anything, but the change doesn’t appear to be a mistake, as specifically mentions WandaVision in its marketing materials, including its emails and on social media:

Is this not what 2020 vision means? From #ToyStory 4 and Aladdin to #LizzieMcGuire and WandaVision, here’s a look into our future at the blockbusters and Originals coming to #DisneyPlus this year. pic.twitter.com/QHGMHat89n

We do have two plausible explanations for Disney’s decision to move the launch date for the series. First of all, might be looking to significantly bump up the number of Disney+ originals on the service. The Mandalorian might be great, but Disney+ can benefit from even more original content. Secondly, MCU Phase 4 still has two TV series — Moon Knight and She-Hulk — that have no launch timeframes. One of them could easily take WandaVision’s place and launch in spring 2021. This is, of course, just speculation.