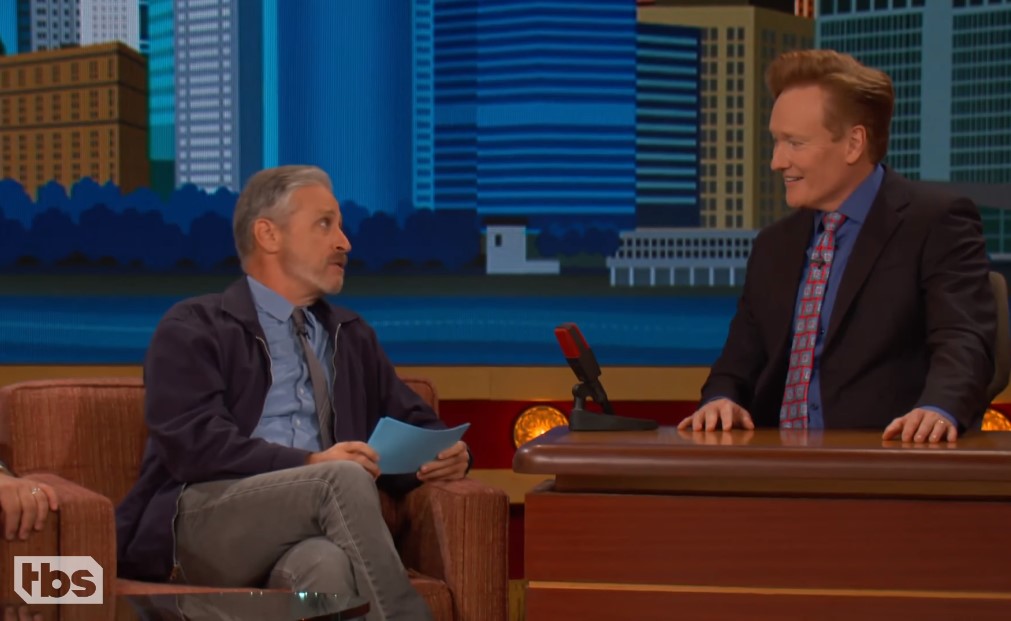 Conan O’Brien took his late night show CONAN back to New York City this week for a full slate of shows at Harlem’s Apollo Theater. As you might expect, the list of guests O’Brien tapped to appear on the show this week are all heavy hitters and includes A-listers such as Stephen Colbert, Keegan-Michael Key, Will Ferrell, Mel Gibson and more. Yesterday, though, O’Brien brought on a special and unannounced guest for an entertaining segment designed to test O’Brien’s knowledge of all things New York City.

With O’Brien boasting that no one knows New York City better than he does, Andy Richter piped up and said: “Well Conan, then you should have no trouble passing the just invented New York City Citizenship Test administered by New York’s own, the one, the only, Mr. Jon Stewart.

Stewart has kept a somewhat low profile ever since his planned HBO cartoon series was cancelled, save of course for a number of hilarious cameos on The Late Show with Stephen Colbert over the past few months. That said, it’s nice to see Stewart back on the late-night circuit doing his thing.

While some late show segments tend to be hit or miss, Stewart’s grilling of O’Brien was actually pretty funny. The questions start out easy enough but, as you might expect, soon venture into the realm of the absurd. The full clip can be seen below.