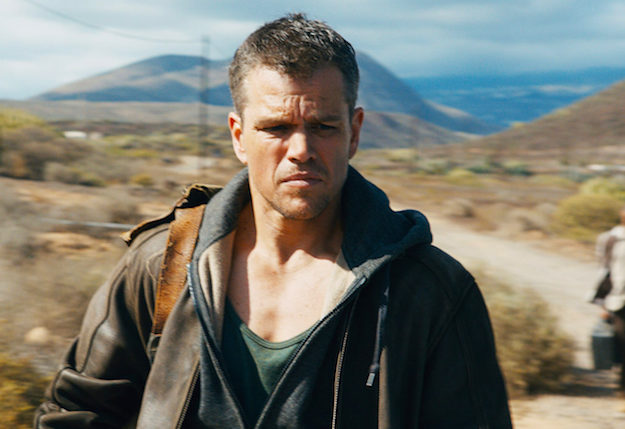 We’ll have our own review up tomorrow, but for anyone currently on the fence about seeing Jason Bourne, we’ve put together a little review roundup so you know exactly what you’re getting yourselves into. And while we wish we could say that everyone is gushing over the film and that it’s a must-see, the truth is that reviews of the film have been rather tepid, to put it mildly.

It’s certainly nice to have Matt Damon back in the mix following the forgettable Bourne Legacy flick starring Jeremy Renner, but even an all-star cast featuring Tommy Lee Jones and Julia Stiles can’t do enough to save what some critics are calling an uninspired and even boring film.

Of course, not every critic found the film to be lackluster, which is why we’ve put together a few notable reviews so that you can take a look for yourself. Okay, who are we kidding — fans of the film seem to be few and far in between. Unquestionably, almost every Jason Bourne review we could find was decidedly negative, with some calling for an end to the franchise altogether.

The Globe And Mail

[Because] while Jason Bourne isn’t half-bad as an action movie, it is a nakedly hollow exercise in resuscitating brand loyalty.

Which brings us back to the narrative, or lack thereof. If you’ve seen one Bourne film, you might just be able to write the script for this one, which was penned/pencil-crayoned by Greengrass and his long-time editor, Christopher Rouse. It’s almost as if the pair simply checked off the boxes of previous entries: Bourne is on the run, again. He’s struggling to remember details of his murky past, again. There’s a badass, nameless European assassin on his trail, again. The U.S. government is developing a shady new espionage program, again. There’s even a crusty character actor playing a corrupt CIA chief, again (Tommy Lee Jones, doing a fine-enough version of the role previously occupied by Chris Cooper, Brian Cox, Edward Norton and David Strathairn – though at this point you have to wonder what the job security is like over in Langley).

It’s a little shocking, considering how current Greengrass’ Bourne films felt a decade ago, just how saggy and familiar this film plays. Even the shaky cam fight sequences, which revolutionized the genre in the aughts, feel perfunctory and archaic, like a callback to a bygone era. As usual, the cutting and shaking is so oppressive that you can’t tell what’s going on, but it worked in the first films because they were trying to create a canvas of chaos; here, in a much more standard thriller, they just give you a headache.

You can tell that Greengrass and Damon knew they didn’t have much story to work with: There’s a lack of energy or urgency to both the film’s pacing and Damon’s performance that feel paint-by-numbers.

This time in particular, Bourne seems tired — tired of running, tired of piecing together his past, tired of facing down another shadowy government conspiracy. (This one involves the leaking of important documents and issues of privacy online, important earmarks of the post-Edward Snowden world.)

Maybe Bourne’s simply done it all before, and the mechanics of a “Bourne” movie don’t call on him to do much more than grimace, chase down those who have wronged him and punch his way out of sticky situations. And the audience feels it, too, as Bourne becomes the least interesting character in his own movie.

Yet Jason Bourne has one thing going for it. Watching Damon, in motion or in a rare moment of rest, is the movie’s purest pleasure. In one sequence, with his pursuers close behind, he sifts into a panicking convention-­center crowd like a single granule of flour. You spot him, wearing a baseball cap—aha! But then he whips it off, discarding it casually as he drifts by, and he’s gone again, though it’s impossible for us to truly lose sight of him. Damon, his eternal boyishness finally settling into the inevitability of middle age, brings the personal touch this movie needs. Its action is generic, but he’s always special. When the camera comes in close, we see in his Jason Bourne a man of conscience and of great, bruised feelings. Damon’s Bourne is as good as dead if he fails to blend in. But he could never be just another bro in the crowd.

TIME can’t be serious with this, can they? Applauding Bourne’s wits for discarding a baseball hat? Seriously?

All this plays out at a breakneck pace that is paradoxically unengaging, despite the nonstop action. As Greengrass’s “Bourne” films have grown ever more hyperactive, you may find yourself longing for the first, Doug Liman-directed movie, which actually set aside moments for quiet contemplation and conversation before returning to scenes of Bourne running, fighting and shooting people.

No more. There is barely time to show a character arriving in some new airport, let alone enjoying an in-flight meal. The plot of “Jason Bourne” jumps from city to city, and from car chase to shootout, with the pitiless efficiency of the Asset, who leaves in his wake an almost laughably large pile of bodies and upside-down vehicles. Alicia Vikander, as an ambiguously ambitious CIA agent, brings a nice level of ruthlessness to the proceedings, but her character, like so many others, is underdeveloped. “Jason Bourne” belongs to Damon and Greengrass, whose admirable — and entirely appropriate — goal of playing it for kicks comes across, this time around, as an oddly joyless chore.

As anyone who has seen the film can attest, Damon doesn’t have that much dialogue throughout the film. Interestingly, The Guardian doesn’t view this as a problem, but rather as a sign of strength.

Amid such visceral spectacle, Damon injects a much needed air of humanity. His speech may be sparse, but his body is expressively talkative, conveying violence, pathos and even tragedy in surprisingly precise fashion. After the joyous monologuing of The Martian, Damon proves that he can keep an audience onside while keeping his lip buttoned. No wonder we keep coming back for more.

If you want to be generous toward the all-the-world’s-a-network screenplay that Mr. Greengrass wrote with the film’s editor, Christopher Rouse, it’s a lively sampling of themes ripped from the headlines, or from classic films: cyberwarfare; Edward Snowden; “The Terminator” (the villain drives a destructo truck); “The Manchurian Candidate”; the cybersecurity conflict between personal privacy and public safety ( Riz Ahmed is Aaron Kalloor, aka Steve Zuckerberg Gates, a Silicon Valley titan who’s been in bed with the CIA and wants to climb out). But if you’re not feeling generous—and I leaned to the Not side after less than an hour—it’s a collection of repetitive tropes that Mr. Rouse’s pumped-up editing has turned into a two-hour version of a 100-yard dash.

What Jason Bourne really has is a Jason Bourne problem. The character’s driven blankness, his total lack of psychology, made sense when he was still a man without a past. (In the underrated original, it actually made him rather likable, like a Hitchcockian wrong man.) But even with a full biography, Bourne is still just an empty cipher, devoid of any trait but determination; Greengrass attempts to give him a personal stake in the action—a new crusade for information, fueled by daddy issues—but it’s painfully clear now that there’s just no one there with Bourne, embodied by Damon through a complete suppression of his star charisma. Nor has age supplied the guy with any vulnerability; if anything, he’s only gotten more impossibly unstoppable, besting the full, Orwellian power of U.S. intelligence without breaking a sweat. Where’s the fun in a hero who can always outrun, outdrive, outfox, and outpunch his pursuers? Like his scrambling CIA handlers, the gatekeepers of this series might be best off just leaving Jason Bourne alone. He’s served his purpose. Time to let him go.

Watching the movie requires multitasking: You have to pay attention to multiple screens, to keep the spatial relations straight while the camera is, in effect, yanking you around. Is the boffo success of thrillers like Jason Bourne proof that our brains have evolved enough to follow multiple data streams at dizzying speeds — and, if so, why did I leave the movie feeling brain-damaged?