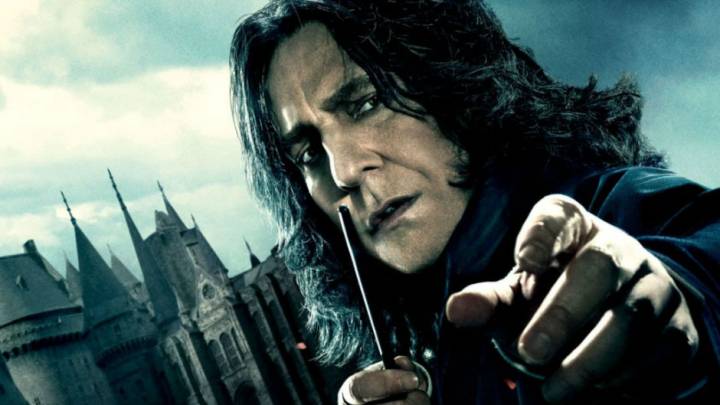 In 2011, following the release of the eighth and final Harry Potter film, Alan Rickman conducted a phone interview with Hitfix. Among other topics, Rickman discussed a legendary story about author J.K. Rowling telling him a secret about the character Snape before anyone else knew the truth.

Rickman shot the interviewer down before he could even finish his question:

“Not true. I don’t know who thinks that is true, but it’s not true. She gave me one tiny, little, left of field piece of information that helped me think that he was more complicated and that the story was not going to be as straight down the line as everybody thought.  If you remember when I did the first film she’d only written three or four books, so nobody knew where it was really going except her.  And its was important for her that I know something, but she only gave me a tiny piece of information which helped me think it was a more ambiguous route.”

And that was that. He said that the “tiny piece of information” allowed him to see Professor Snape as a genuine human being, and that it was enough to bring the role to life.

Just over four years after the interview was published, Rickman would pass away at the age of 69. In light of his passing, one fan decided to see if Rowling might finally be willing to reveal the information she told Rickman all those years ago when the movies were just beginning to take off.

I told Alan what lies behind the word 'always'. https://t.co/NHTJ5J6kxb

If you haven’t read the books or seen the movies, that reveal probably won’t mean much to you. But for fans of the Harry Potter series, you can finally rest easy knowing that Rickman was in touch with Snape’s emotional core all along.

Here’s the full passage, for those that need a refresher:

“But this is touching, Severus,” said Dumbledore seriously. “Have you grown to care for the boy, after all?”

“For him?” shouted Snape. “Expecto Patronum!”

From the tip of his wand burst the silver doe. She landed on the office floor, bounded once across the office, and soared out of the window. Dumbledore watched her fly away, and as her silvery glow faded he turned back to Snape, and his eyes were full of tears.

“After all this time?”