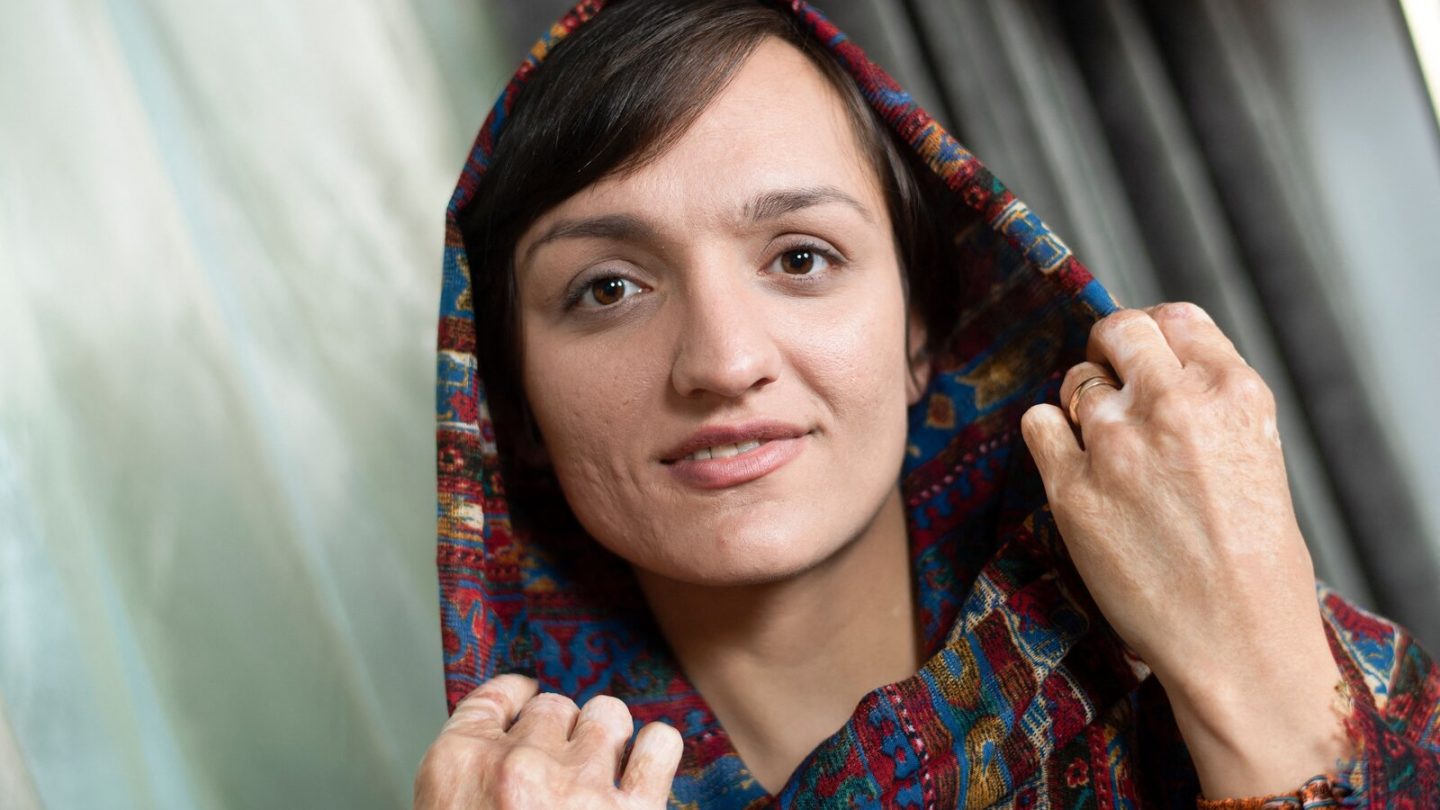 “I am an Afghan woman,” reads the simple yet profound declaration of identity in Zarifa Ghafari’s memoir, A Woman’s Battle in a Man’s World, written by a woman who was 3 years old when the Taliban banned girls from school, 6 when the first American airstrikes began, later the target of multiple assassination attempts, and ultimately one of the first female mayors of a province in Afghanistan.

It should go without saying, in other words, that Ghafari’s story — which forms the basis of the upcoming Netflix documentary In Her Hands, backed by Hillary and Chelsea Clinton — is very much the culmination of a series of improbabilities intermingled with her arrival at a pivot point in history. She grew up in a land, for example, where women were treated as second-class citizens. She bears witness to the Western-backed arrival of democracy in Afghanistan, does the hard work of running a government at the local level, and fights sexism and centuries of backward thinking.

In Her Hands on Netflix

It wasn’t enough to stop militants, in 2020, from killing her father. After that came the abrupt unraveling of the New Afghanistan when the US pulled out in 2021, followed by the Taliban returning to power.

“I am joining this storm,” Ghafari bravely declares in the In Her Hands trailer about the fight to save the disintegrating country that she loves. “Let’s see where it will head, but I have faith.”

The documentary premiered in Toronto in September. It’s directed by Tamana Ayazi and Marcel Mettelsiefen, and it’s the first non-fiction project from the Clintons’ HiddenLight Productions.

“In Her Hands is an extraordinary work of personal storytelling that offers us a rare glimpse and real understanding of what women in Afghanistan have faced in recent years,” the Clintons said in a statement about the movie. “When we first heard about this project, we had to be involved.”

“We believe girls and women — and men and boys — everywhere will be inspired by the hard work, intelligence, and pure determination of Zarifa Ghafari, one of Afghanistan’s first female mayors, the youngest ever to be appointed, and her ongoing fight for women’s rights today. Ms. Gharafi’s story deserves to be told and we couldn’t be more proud and excited to help share this film with Netflix’s global audience.”