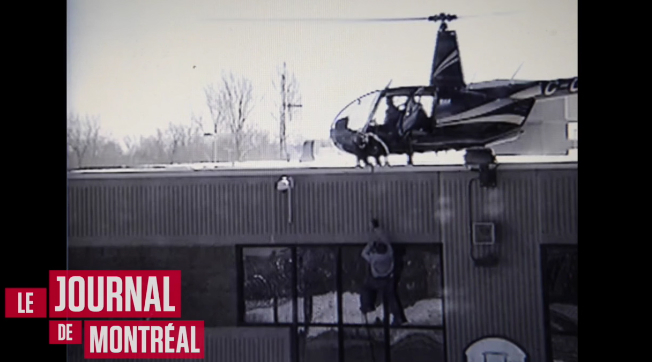 The following video isn’t an action sequence from a future Die Hard movie. It’s a video that was just released to the public that shows a daring and hilarious helicopter escape from jail that happened three years ago in Canada. The video, obtained by Journal de Montreal shows how two inmates tried to climb on top of the St-Jerome prison to get into a helicopter that would then transport them to safety. However, they failed to do so, and their accomplices weren’t able to really help either.

The two criminals, including an accused murderer and a person serving time for breaking and entering and arson, tied their feet to the rope that was lowered to hem, and the helicopter took off with them hanging off it. The men were found several hours later, the Toronto Sun reports.

The entire thing took more than six minutes and was recorded on video by prison guards. However, it looks like no guards intervened for the whole time the helicopter was on the jail’s roof, which seems oddly surprising at first. But the guards were not able to shoot at the helicopter, as they’re not armed inside the prison walls.

Check out the video of the helicopter jailbreak below.