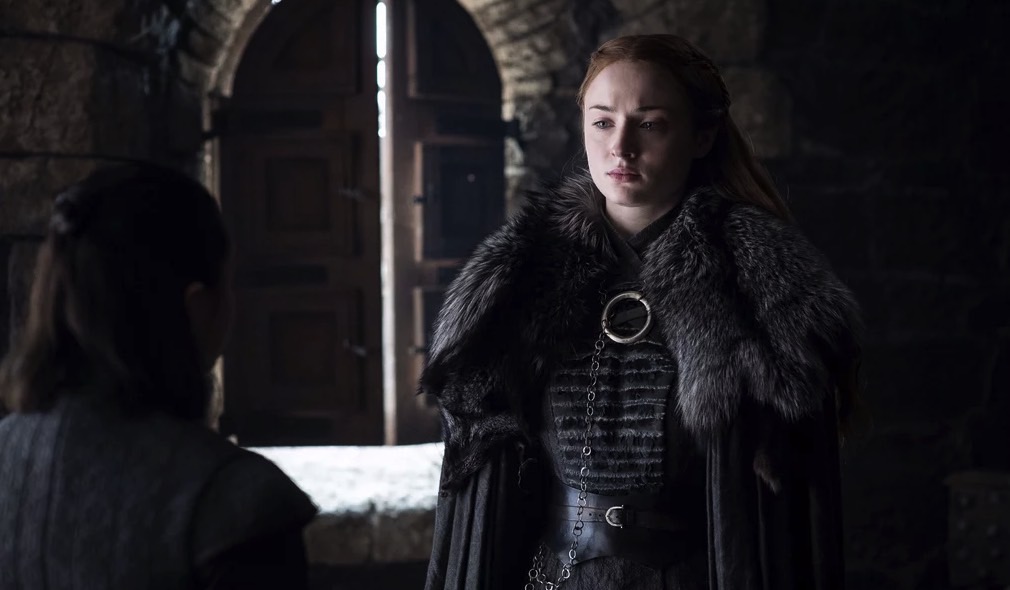 Here’s the thing — Sophie Turner, the Game of Thrones actress who plays Sansa Stark, wants you to know she hasn’t been carelessly telling people close to her how the hit HBO franchise is going to end. If she was, that would obviously put some pretty valuable and closely held secrets out into the wild and at risk of being spoiled before the premiere of the eighth and final season of the series, which arrives in less than a month.

There were reports a couple of months ago that she’d begun telling people how the whole thing comes to a close, sparking what she said has been a social media backlash from fans irritated by that news. However, the eldest Stark daughter has revealed in a new interview with Entertainment Weekly that she’s only told two people how the series ends, one of whom is her fiancé Joe Jonas.

“I was on Twitter and saw these headlines like ‘Twitter followers are being so mean to Sophie Turner after reports she told her friends the ending of Game of Thrones,’” she told EW. “The truth is I’ve only told two people. It’s not that many. To be honest, I don’t read many of the mentions on Twitter because there’s normally quite a bit of hate. Everything I say will always have some negative reactions so I’m not surprised.”

She noted with a bit of lighthearted incredulity that Kit Harington found himself in a similar position when it was revealed he shared some spoiler-y detail with his wife, Rose Leslie. Turner, though, lamented to EW that no one seemed put off that Kit had potentially put key secrets at risk of being made public. “The people love Kit Harington, he can do no wrong,” she noted with a bit of sarcasm. “He’s the people’s prince!”

All that said, everyone involved with GoT won’t have to keep their secrets for much longer, of course. Season 8 arrives on April 14, and on a related note HBO a couple of days ago released some new official art for the season. It depicts a kind of optical illusion, showing what looks like the Iron Throne in a way that it could also be perceived as scales of one of the show’s dragons: